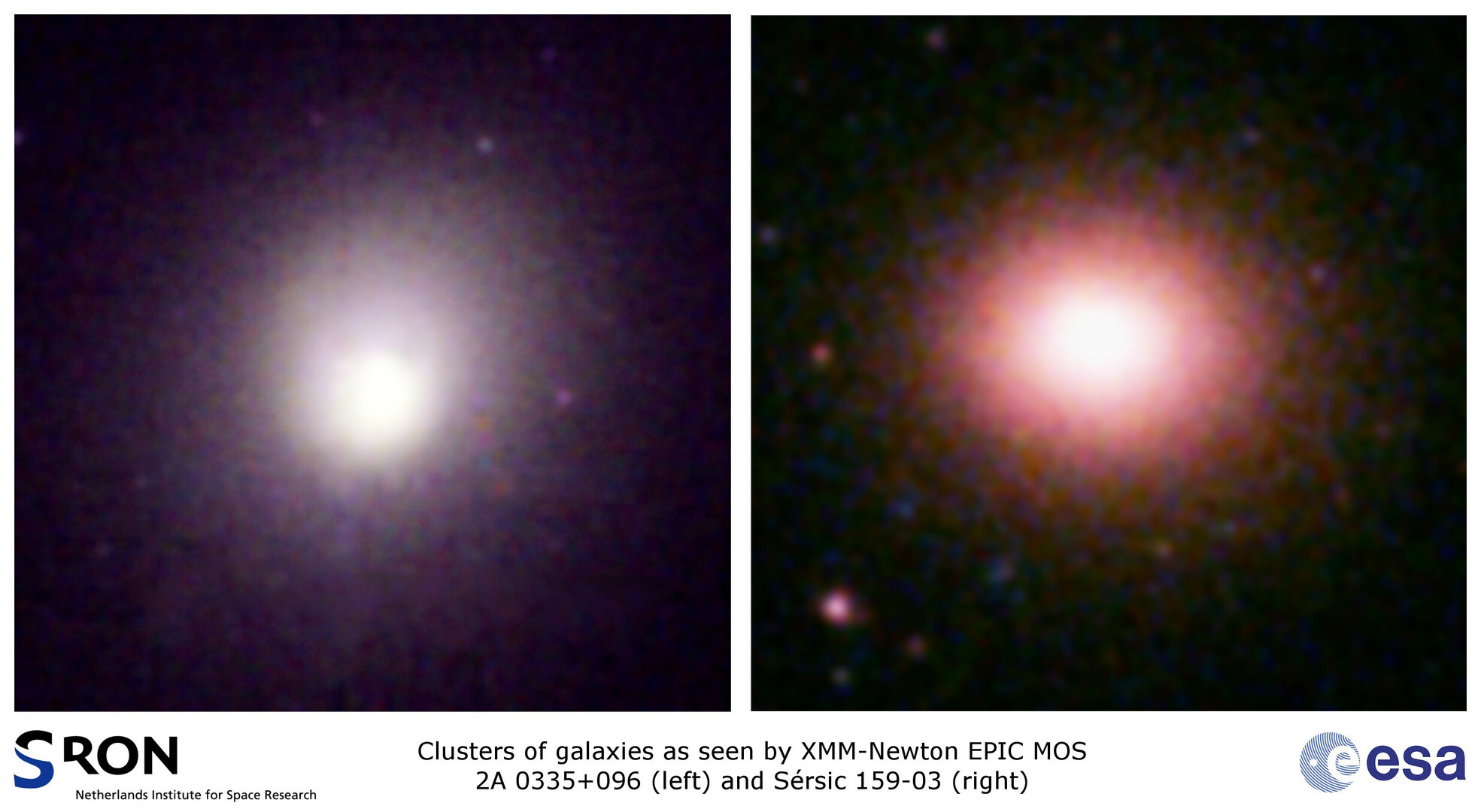 Galaxy clusters as seen by XMM-Newton

Thanks to these observations, astronomers could determine the abundances of nine chemical elements in the clusters ‘plasma’ – a gas containing charged particles such as ions and electrons.
These elements include oxygen, iron, neon, magnesium, silicon, argon, calcium, nickel, and - detected for the first time ever in a galaxy cluster - chromium.