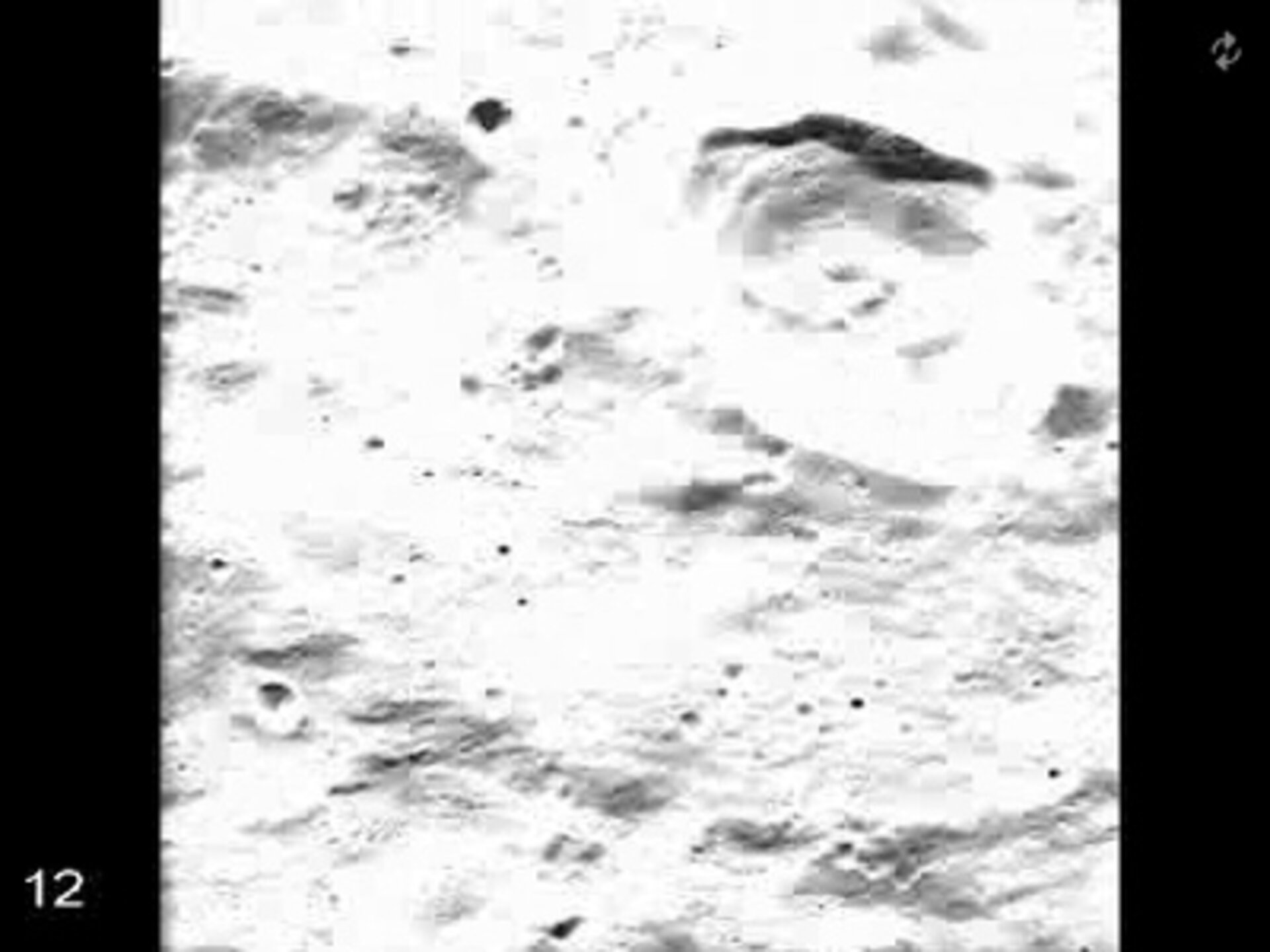 This video was compiled with a sequence of images taken by the advanced Moon Imaging Experiment (AMIE) on board ESA's SMART-1 during a full lunar orbit, when the spacecraft was flying over the west 'side' of the Moon.

From these distances, a series of images could be obtained with some overlap between them, that allowed to build a mosaic during a good part of the orbit.

It is possible to note that the images are mirror-inverted. The spacecraft attitude direction is also slightly changing along the orbit.
The beginning of the series shows close-up views of the old highlands areas at the edge of the Orientale basin. Then it is possible to see the edge of Oceanus Procellarum, a Mare area in Sinus Roris (from 30º to 50º North), and the Northern highlands with some conspicuous craters.