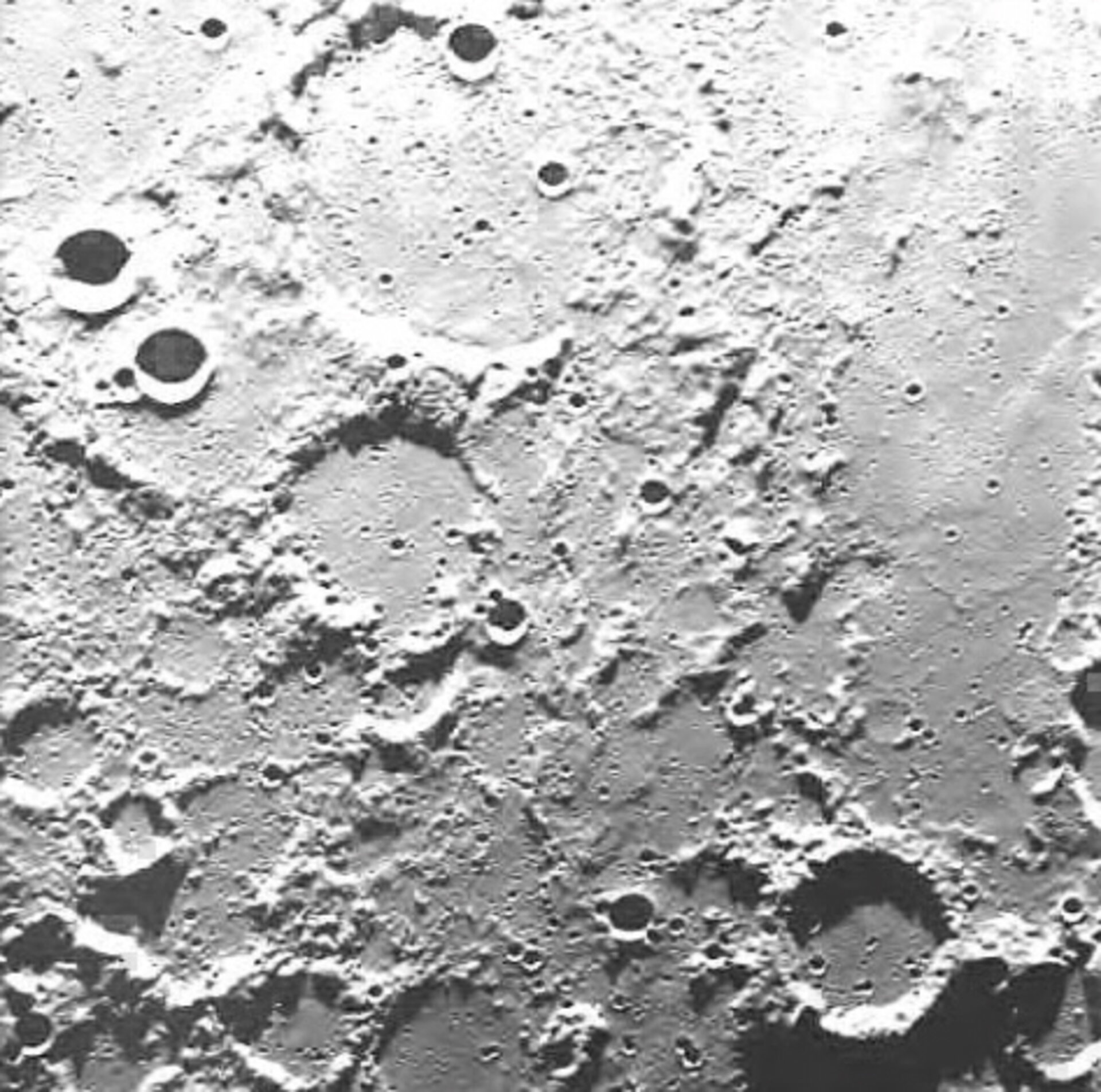 This image, taken by the Advanced Moon Imaging Experiment (AMIE) on board ESA’s SMART-1 spacecraft, shows the Mouchez crater on the Moon.

Mouchez is an 81-kilometre wide formation - the remnant of a lunar crater that is located near the northern limb of the Moon. It is centred at 78.3° North latitude and 26.6° West longitude (visible at the top of the image, slightly decentred to the left), to the north of Philolaus crater. As visible in the image, almost the entire eastern rim of this crater is missing, and the remaining arc is heavily eroded. Also visible at the bottom-right of the image is the Gioja crater (in this image, the South is up).