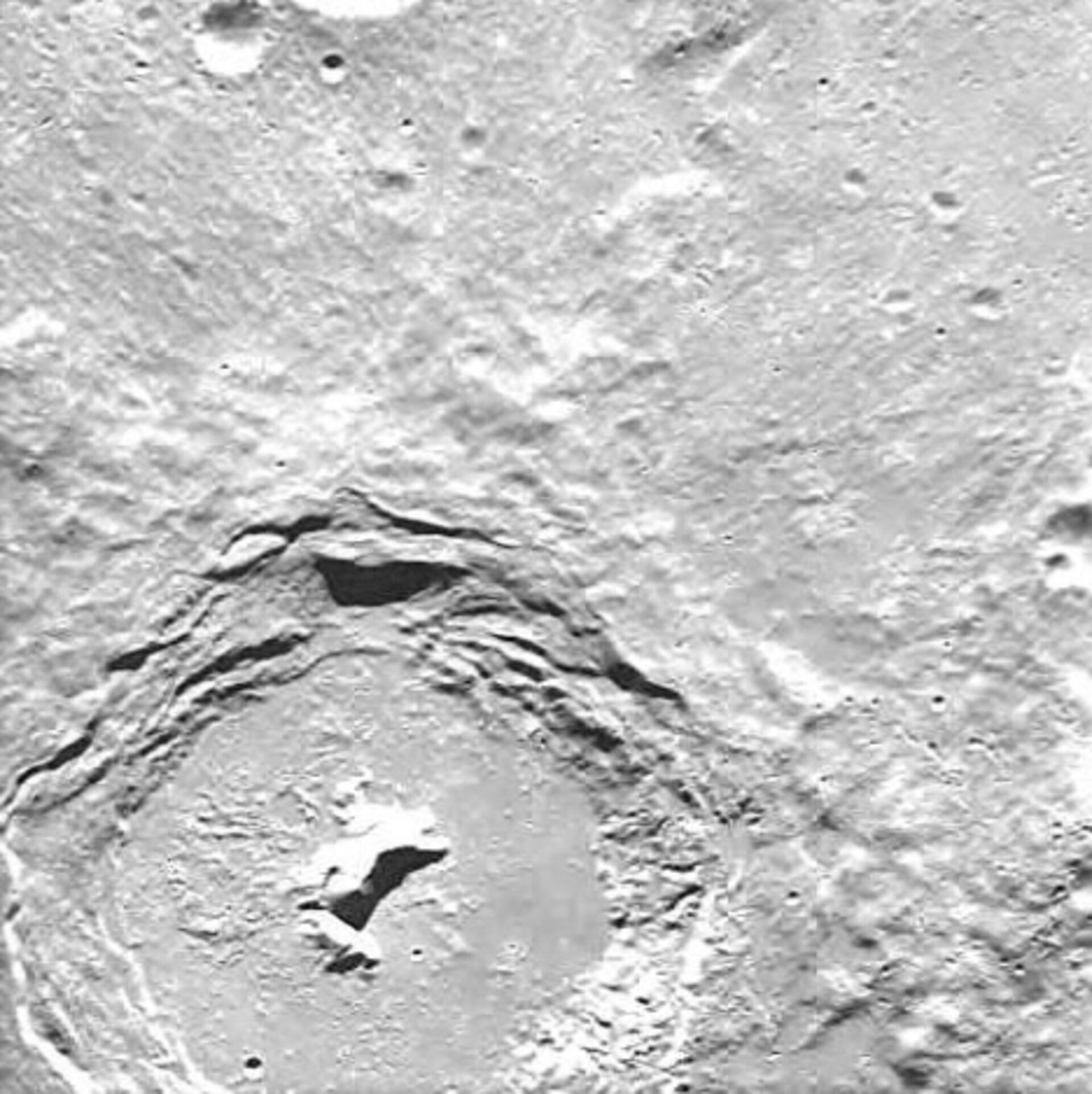 This image, taken by the Advanced Moon Imaging Experiment (AMIE) on board ESA’s SMART-1 spacecraft, shows the Pythagoras crater on the Moon.

The Pythagoras crater is centred at 63.5° North latitude and 62.8° West longitude. Its diameter is about 130 kilometres and it is about 5 kilometres deep.

The rim of this crater is very well preserved. It presents a wide terrace system and a slight rampart around its external part. It is possible to observe that Pythagoras has a hexagonal form. The crater’s floor is flattened, but with an irregular and hilly surface. There is evidence of landslides around the periphery, while in the centre it is possible to see a sharp, mountainous rise with a double-peak that rises one and a half kilometres above the floor of the crater.

The crater was named after Pythagoras (582-507 BC), the Greek mathematician and philosopher who believed that everything was related to mathematics and thought that everything could be predicted and measured in rhythmic patterns or cycles.