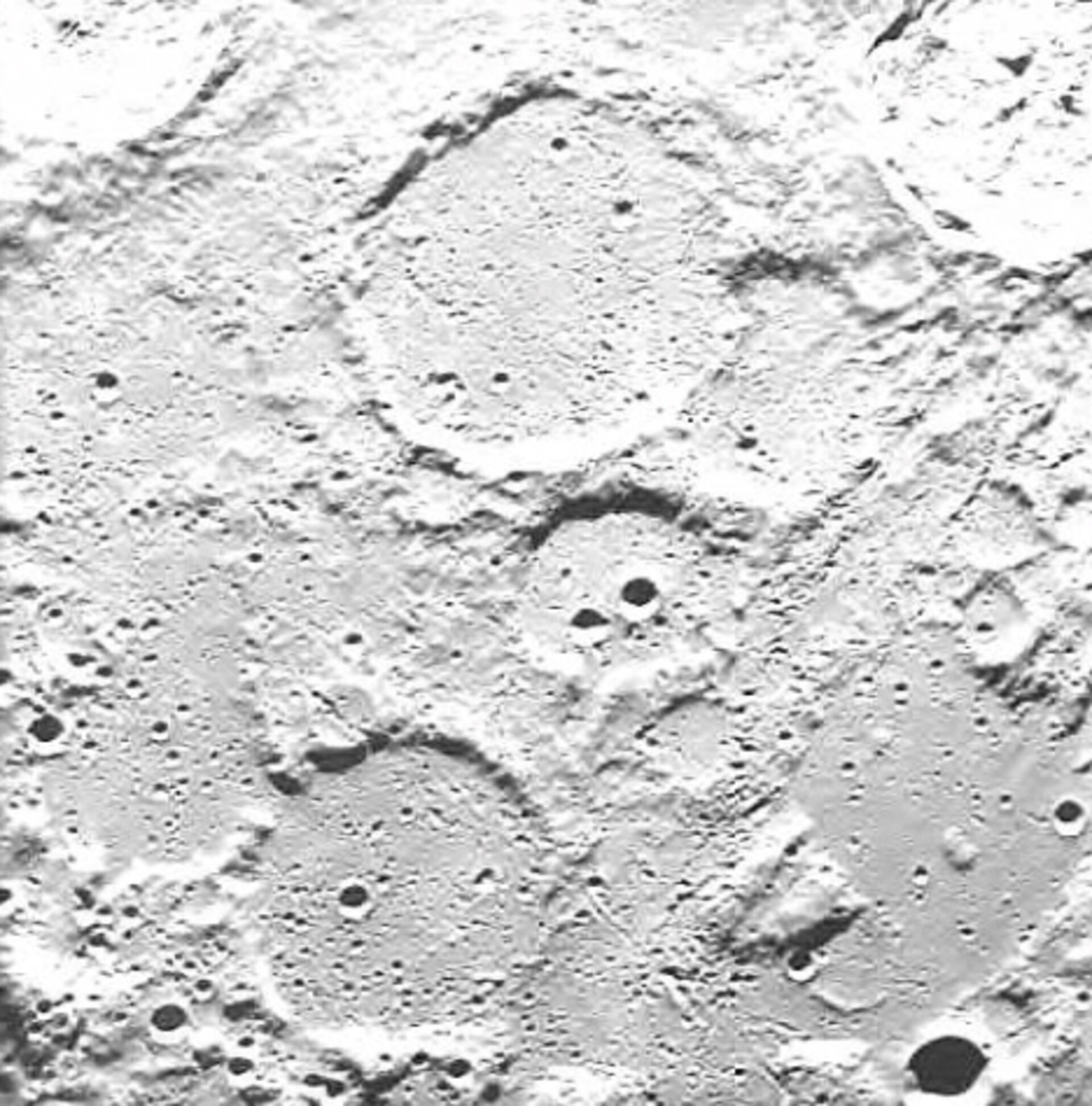 This image, taken by the Advanced Moon Imaging Experiment (AMIE) on board ESA’s SMART-1 spacecraft, shows the Poncelet crater on the Moon.

Poncelet is an eroded formation 69 kilometres wide - the remains of a lunar crater that is located near the northern limb of the Moon at 75.8° North latitude and 54.1° West longitude. It is visible at the bottom of the image, slightly decentred to the left. Its interior has been flooded with lava, and it presents many tiny craters. The outer rim is a low, circular ridge which breaks towards south and northeast (in this image, the South is up).