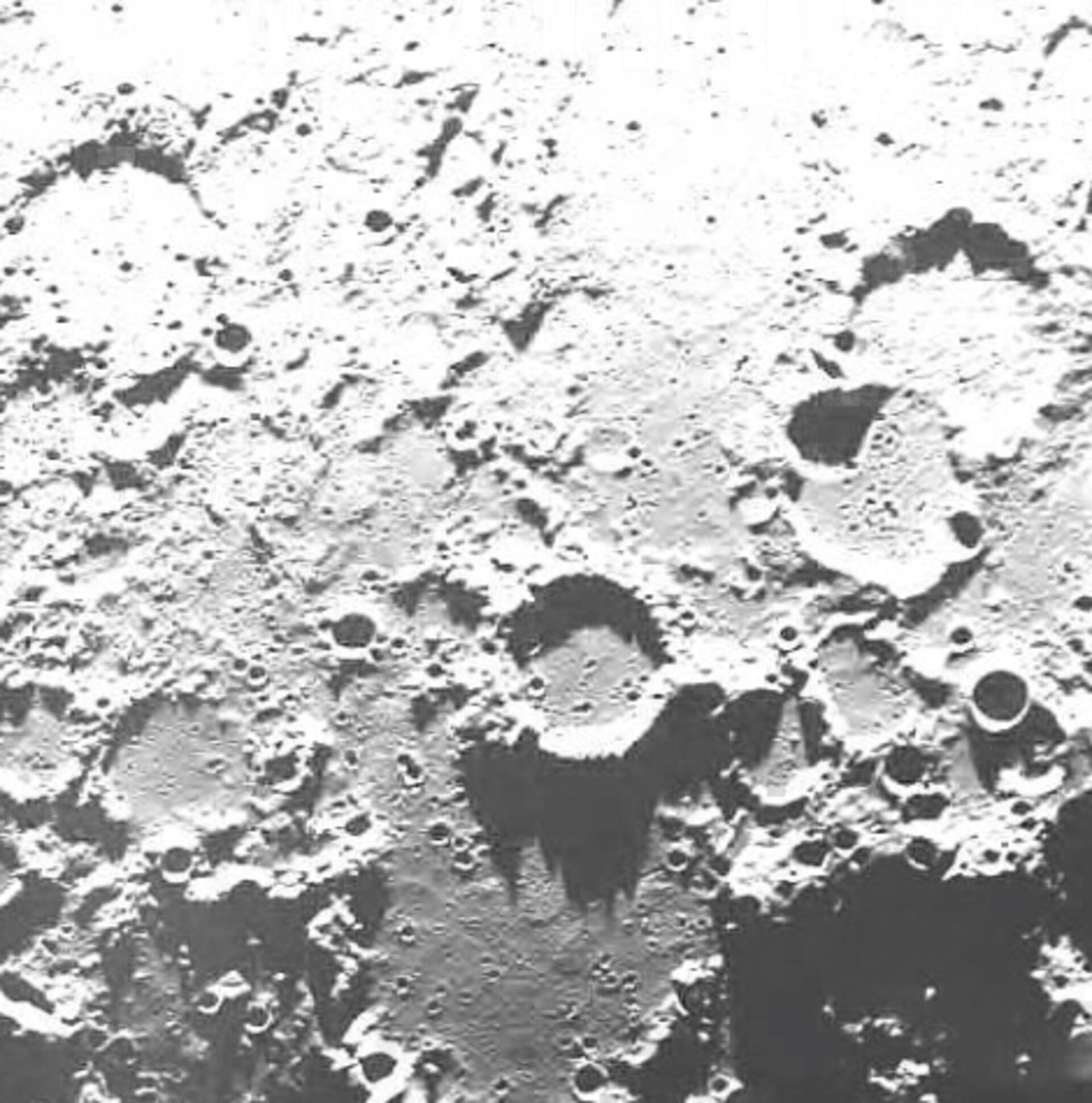 This image, taken by the Advanced Moon Imaging Experiment (AMIE) on board ESA’s SMART-1 spacecraft, shows the Gioja crater on the Moon.

Gioja is a lunar crater that is located in the vicinity of the north pole of the Moon, at 83.3° North latitude and 2° East longitude (centre of the image, slightly decentred towards the bottom). Because it lies close to the Northern limb, it is difficult to observe it from Earth (in this image, the South is up).

Gioja is 2.9 kilometres deep and 41 kilometres wide (diameter). It is attached to the southern rim of the larger, low-wall Byrd crater. The highest point of the Gioja crater’s rim is situated at northwest, where it has been reinforced by the rim of the Byrd crater and by other old formations no longer visible. The interior floor is nearly flat, with a ridge going from the middle to the north-northeast rim. The inner floor is also marked by tiny craters, such as the pair visible near the west-northwestern inner wall.

The Gioja crater is named after Italian marine pilot and inventor Flavio Gioja (14th century) that perfected the sailor's compass.