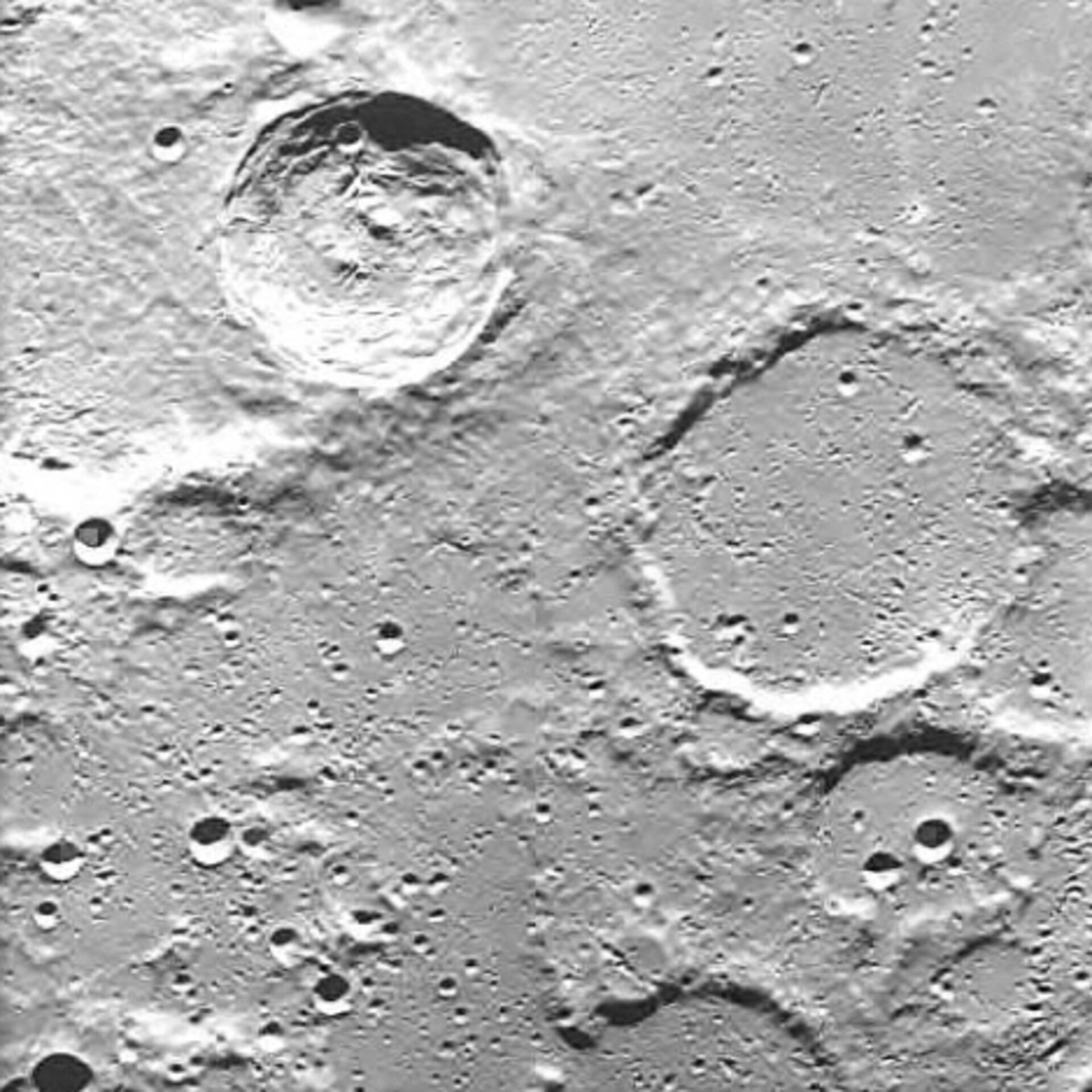 This image, taken by the Advanced Moon Imaging Experiment (AMIE) on board ESA’s SMART-1 spacecraft, shows the Carpenter crater on the Moon.

The Carpenter impact crater is located in the northern part of the Moon, at 69.4° North latitude and 50.9° West longitude, and it is visible in the upper left part of the image. Carpenter is 2.6 kilometres deep, and its diameter is 59 kilometres.

In geological terms, Carpenter is a young lunar crater, much younger than the surrounding crater formations – as one can see from its features that have not been significantly eroded by new impacts. Its inner wall displays an appearance of slumping (especially along the eastern face) and presents some terraces. The outer rim presents a small crater along the south-southeastern inner wall. The interior floor within the slopping inner walls is quite flat, but it shows irregular features such as small bumps and hills. Near the middle it is possible to see an unusual double peak formation, with a smaller peak offset to the west and a larger ridge offset to the east.

The crater is named after James Carpenter (1840-1899), British astronomer at the Royal Observatory in Greenwich. In 1871, together with the engineer James Nasmyth, he produced a book about the Moon titled 'The Moon: Considered as a Planet, a World, and a Satellite'. The book contained images of plaster models of the lunar surface taken from different angles - more realistic than the images that could be achieved by telescope photography at that time.