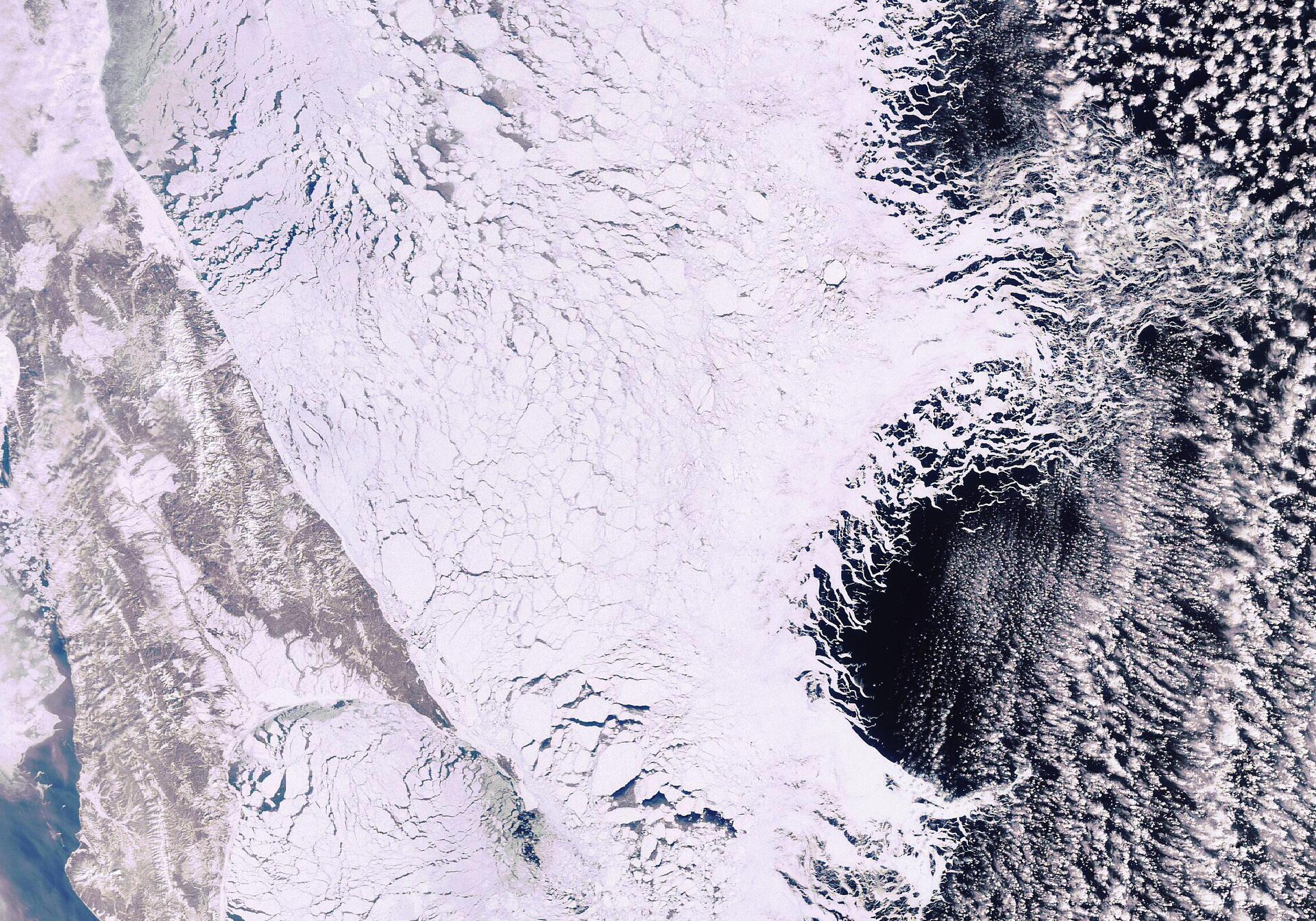 This Envisat image, acquired by MERIS on 26 February 2007, features Sakhalin Island, a large elongated island located in the North Pacific. The narrow Strait of Tartary (visible on the left in light gray) separates the island from the east coast of Russia and the Strait of La Pérouse separates it from the northern part of Japan. The fish in the Sea of Okhotsk (the black body of water peering beneath wind blown ice seen on the right) feed well over three million pairs of seabirds, according to the World Wildlife Fund.