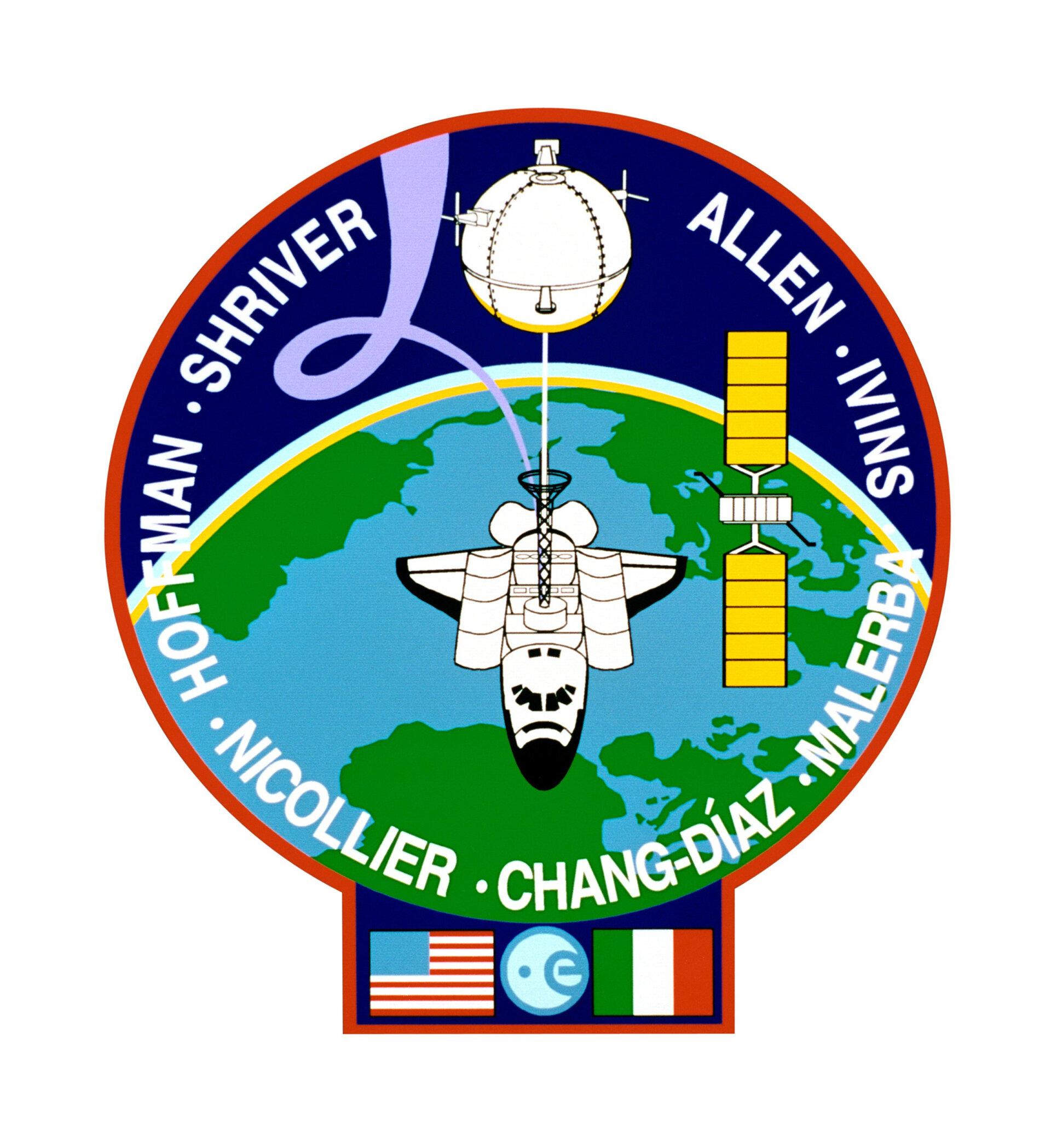 ESA astronaut Claude Nicollier (CH) was the first Swiss astronaut, and ASI astronaut Franco Malerba flew as the first Italian in space, both on STS-46 from 31 July to 7 August 1992.

Designed by the crew, the STS-46 patch depicts the Space Shuttle in orbit around Earth, accompanied by major payloads: the European Retrievable Carrier (EURECA) and the Tethered Satellite System (TSS- l). The TSS mission will study the dynamics and electrodynamics of tethered systems in space and the physics of Earth's ionosphere. Visible on Earth's surface are the USA and the Member States of ESA, in particular, Italy, a partner with the USA in the TSS programme. The US and Italian flags, as well as the ESA logo, further serve to illustrate the international character of STS-46.

According to Franco Malerba, "It was a team effort but the leader was Claude Nicollier with the help of a graphics artist from the NASA Astronaut Office. We had first a few proposals and then a few reviews in our crew meetings. I don't recall of any real conflict. Claude, very kind and 'consensus-oriented', was the right man for the job. I believe the designer was Claude himself with strong involvement of Jeff Hoffman and whole crew support.

"In order to give more room to the Tethered payload graphic representation, we decided to 'kick' the flags out of the main circle; this gave the patch its unique 'balloon-shape'. The first version had a yellow electron beam which did not look right to me (but would save one colour and make the patch cheaper). I, as the science Payload Specialist, insisted for a magenta beam (a special colour, revealed by our electron beam tests in the vacuum chamber).

"The patch is the strongest crew symbol, I often wear the pin version of it; to me, it's almost like a personal business card!"