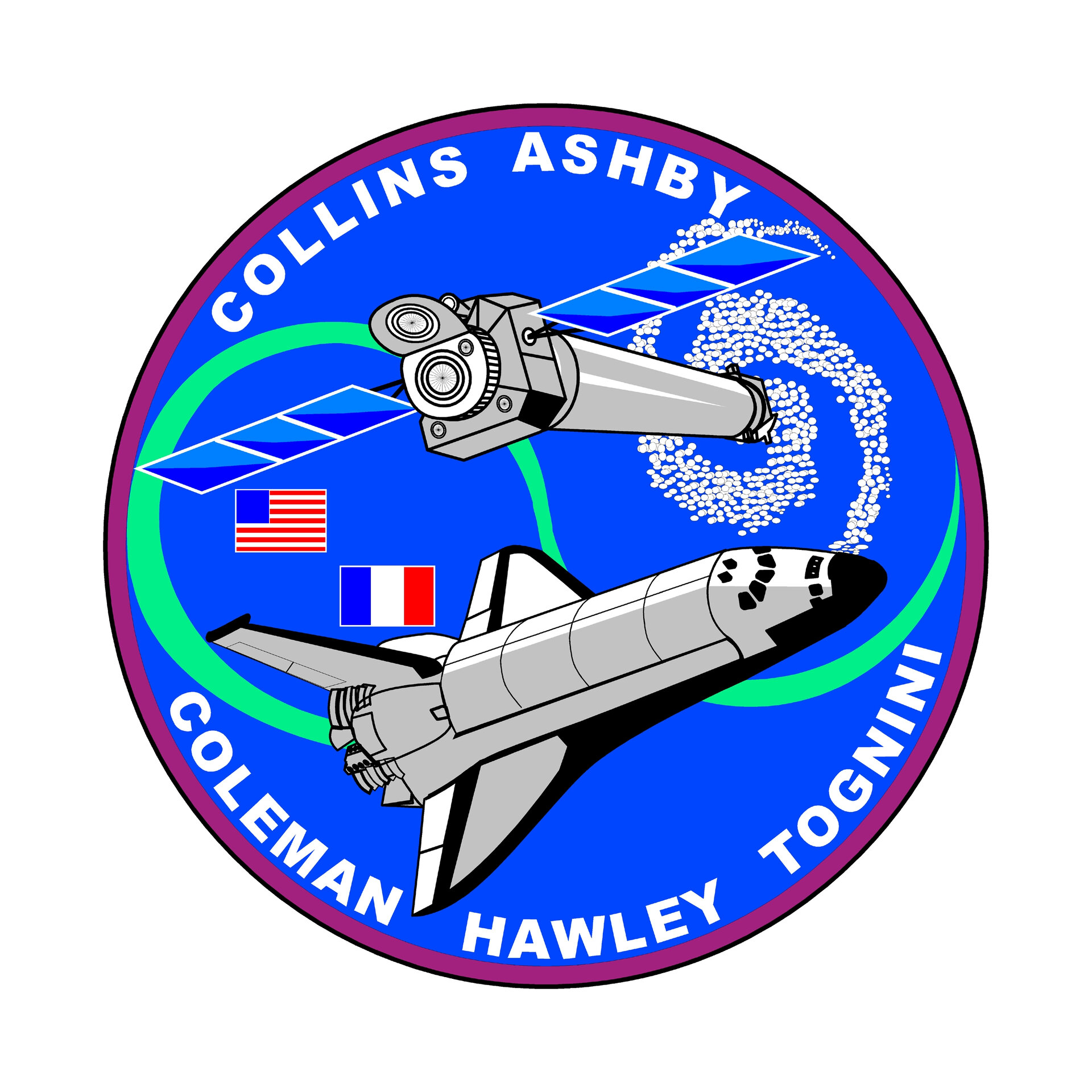 The STS-93 patch was designed by the five crew members and depicts AXAF separating from the Space Shuttle after a successful deployment. A spiral galaxy is shown in the background as a possible target for AXAF observations. The two flags represent the international crew, from the USA and France.

Tognini joined ESA after this mission in November 1999, and is now Head of the European Astronaut Centre (EAC), Directorate of Human Spaceflight, in Cologne, Germany.