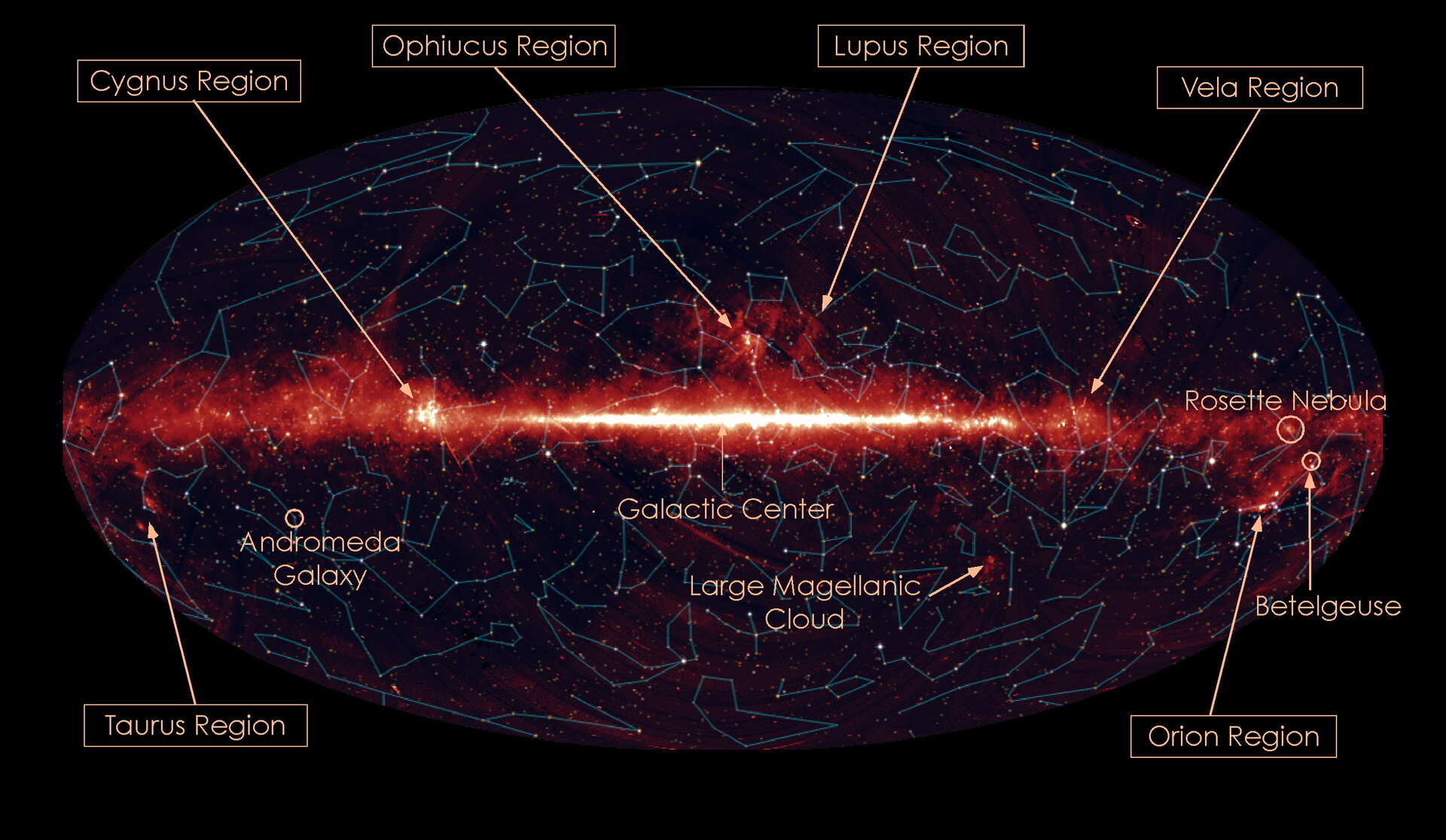 This image shows the entire sky in infrared light at nine micrometres. The bright stripe extending from left to right is the disc of our own Milky Way Galaxy. Several bright regions corresponding to strong infrared radiation appear along or next to the Galactic Plane. These regions are sites of newly born stars. At the brightest region in the very centre of the image, towards the centre of our Galaxy, old stars crowd together. AKARI observed the infrared radiation emitted from the heated interstellar dust.

The inscriptions indicate constellations and regions of intense star formation. The data used to create this image have a spatial resolution of about nine arcseconds, several times finer than IRAS in 1983. Further detailed analysis of this data will help to learn more about the physical conditions of these star formation regions.