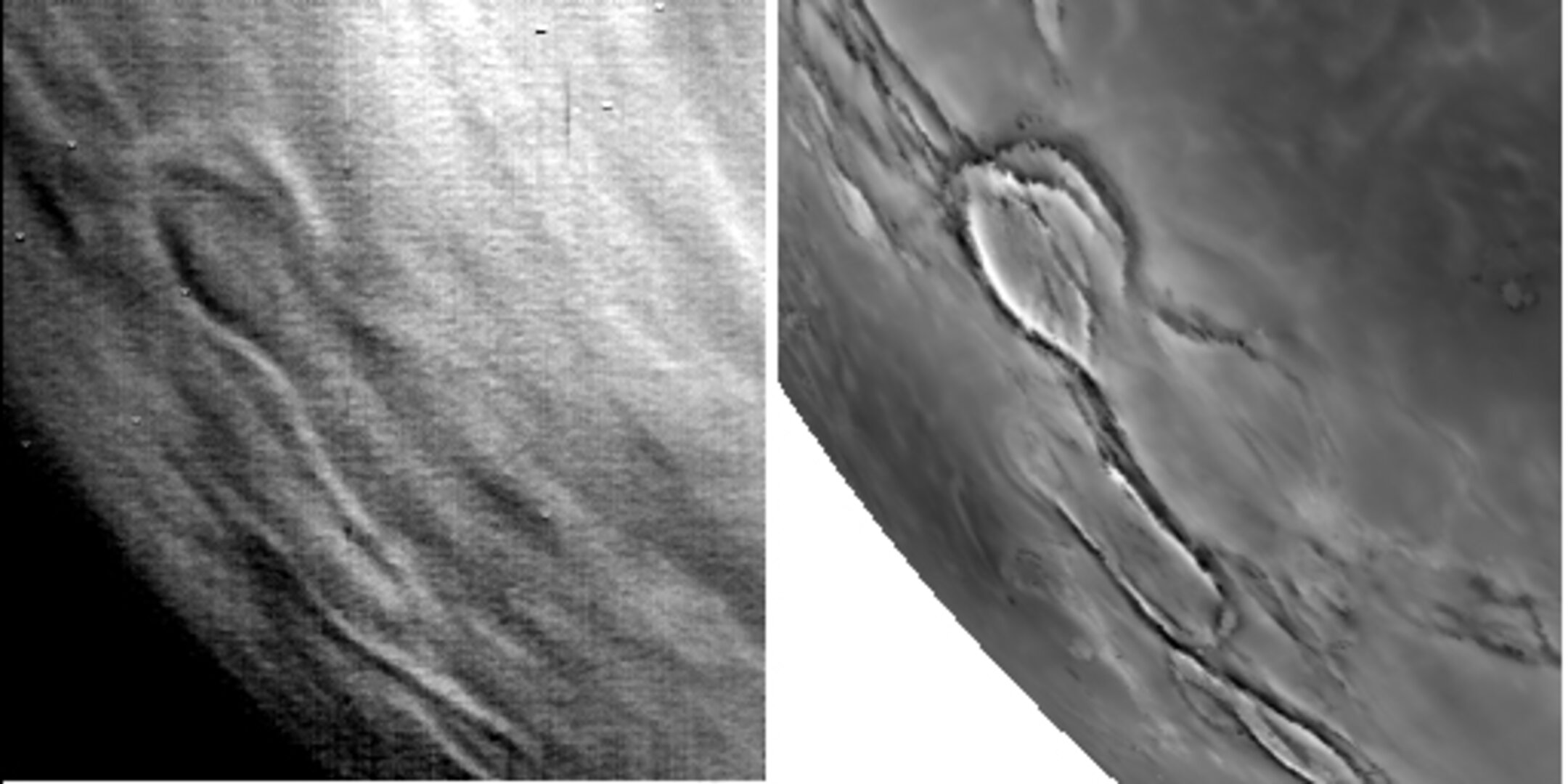 An unprocessed thermal map of the Venusian surface obtained by VIRTIS on 5 June 2007 (left) is compared here with a radar image of the same area obtained by NASA’s Magellan spacecraft in the 1990s (right).

VIRTIS, the imaging spectrometer on board Venus Express, obtained this image at 1 micrometre, a wavelength that allows detection of radiation originating from the surface. The imaged region is that which NASA’s MESSENGER flew over as it made its closest approach to the planet.

Magellan’s radar imaging and altimetry maps made it possible to measure the elevation and the radio-optical properties of the surface. Venus Express’ VIRTIS is providing the first complete set of thermal maps of the surface of Venus.

Correlations between topographic and thermal data similar to the ones shown in this image-composite will allow the scientists to understand if the measured temperature of the surface depends only on the altitude – where higher altitudes simply corresponds to colder, temperatures such as on Earth – or if it depends on the presence of previously undetected sources of heat such as active volcanoes.