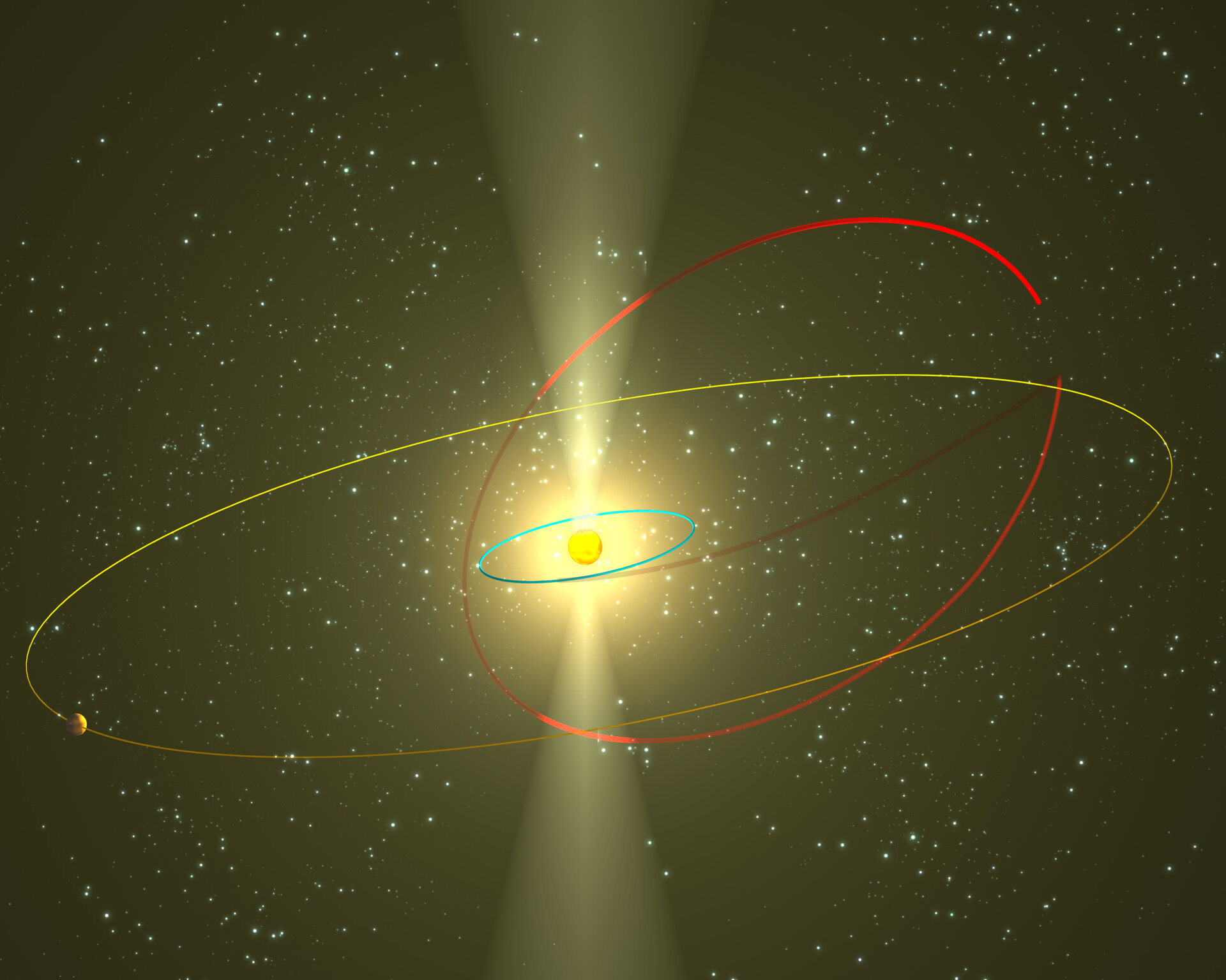 The orbit of Ulysses was chosen so as to chart the heliosphere – the sphere of influence of the Sun carved out by the solar wind that extends beyond the outer fringes of the Solar System - at all solar latitudes.

Ulysses’s orbit is an ellipse with the Sun at one focus (heliocentric), and is inclined 80° with respect to the Sun’s equator (polar). The orbital period is 6.2 years. Maximum distance from the Sun (aphelion) is reached at about 810 million km (or 5.4 AU; one AU or Astronomical Unit equals the average distance between Earth and the Sun, or about 150 million km) and minimum distance (perihelion) is at about 200 million km (or 1.3 AU).

Ulysses was launched on 6 October 1990. It then headed out to Jupiter, arriving on 8 February 1992 for the gravity-assist manoeuvre that swung the craft into its unique solar orbit.