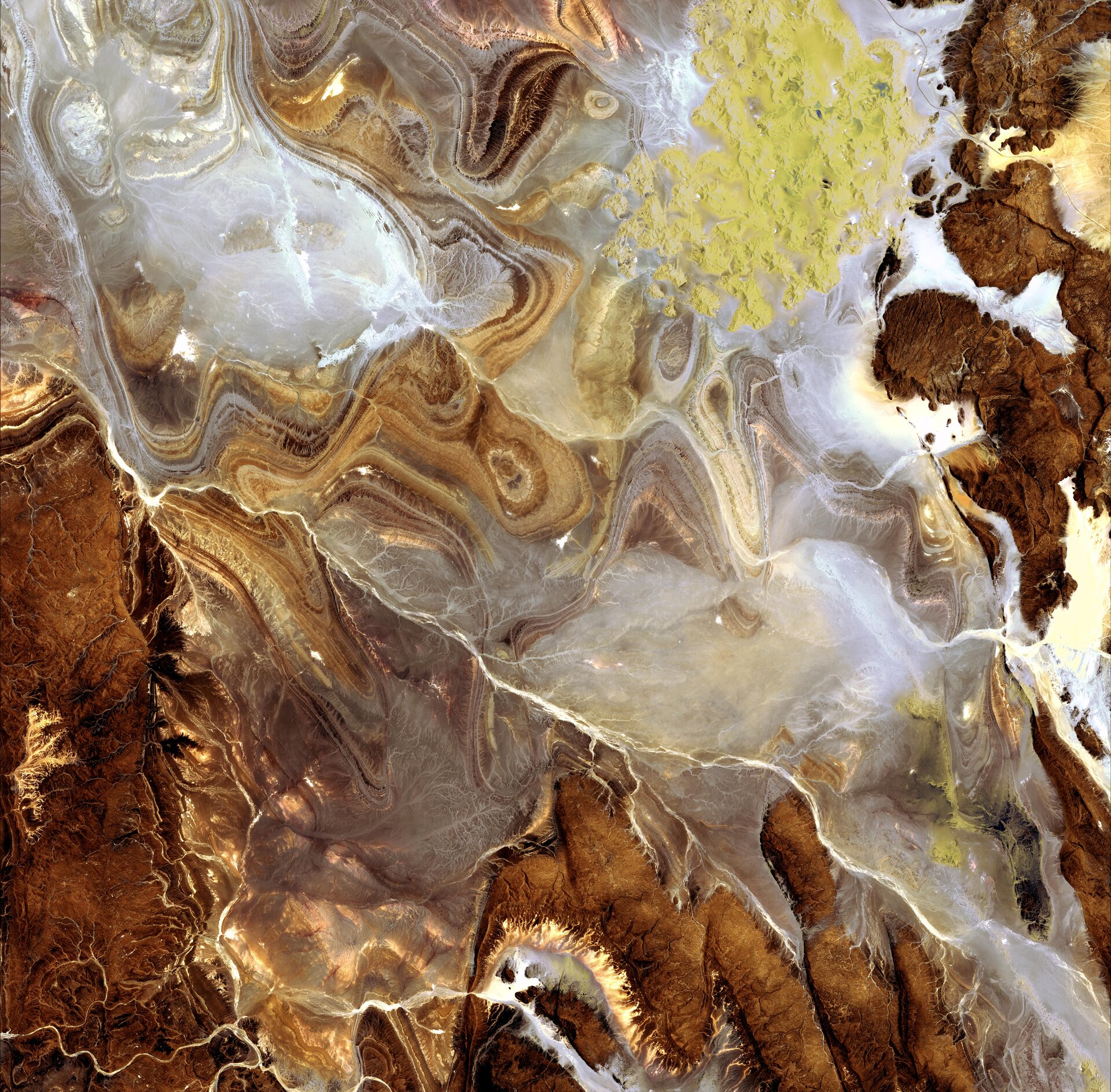 The image shows the extraordinary landscape of the Tanezrouft Basin, one of the most desolate parts of the Sahara desert, in south-central Algeria. The region is known as ‘land of terror’ because of its lack of water and vegetation. As visible, this region is characterised by dark sandstone hills, steep canyon walls, salt flats (white), stone plateaus, sandstone outcrop patterns of concentric loops and sprawling seas of multi-storey sand dunes known as 'ergs'. Erg Mehedjibat, which appears as a yellow bouquet of flowers (upper right), is made up of a cluster of small star dunes that grow upward rather than laterally.

Japan’s ALOS (Advanced Land Observing Satellite) captured this image on 24 June 2009 with its Advanced Visible and Near Infrared Radiometer type-2 (AVNIR-2) instrument. ESA is supporting ALOS as a Third Party Mission, which means ESA utilises its multi-mission European ground infrastructure and expertise to acquire, process and distribute data from the satellite to its wide user community.