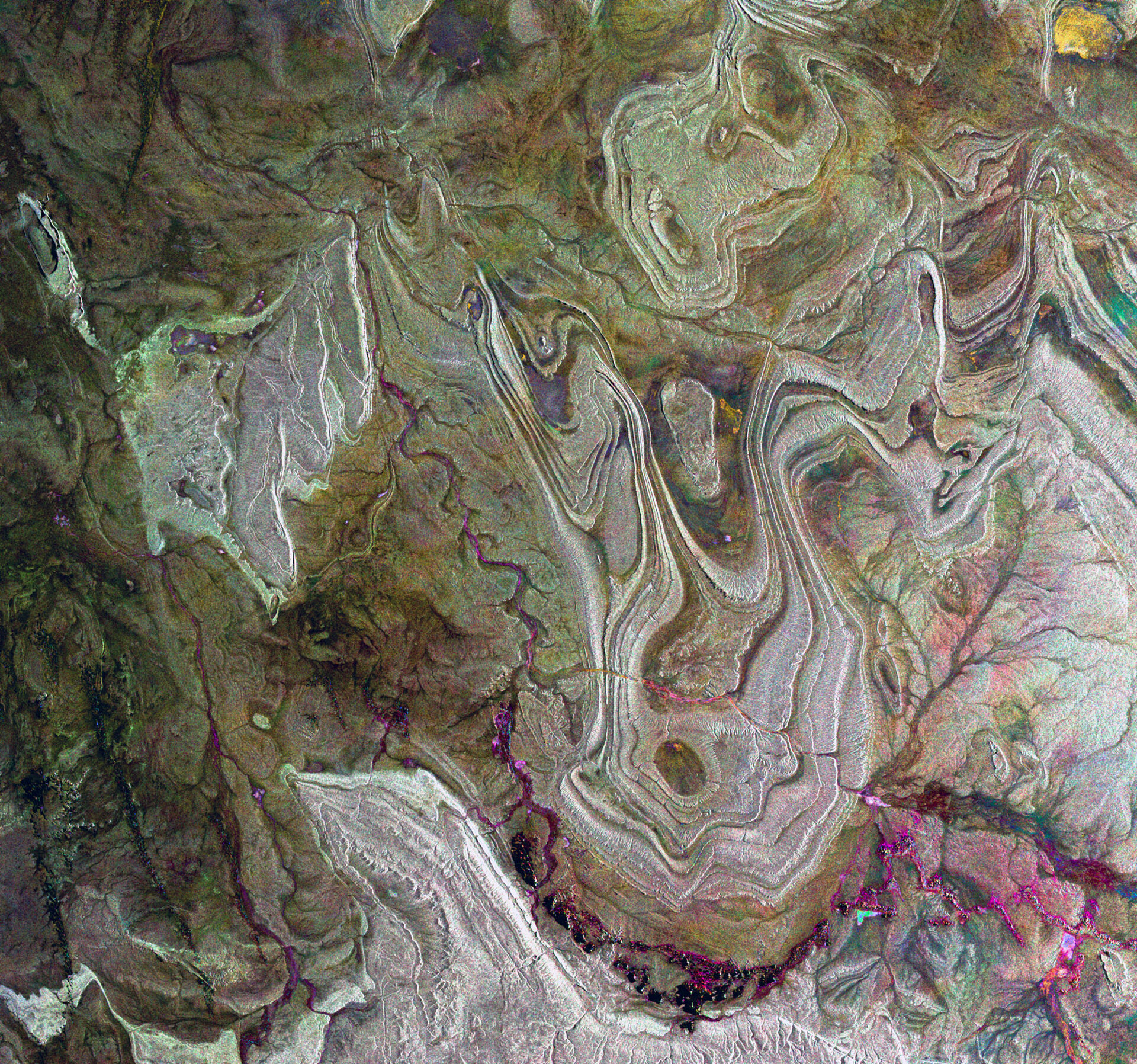 Envisat radar image of the Tanezrouft Basin in the Algerian Sahara. Radar images reveal surface roughness – the rougher the surface, the brighter it appears. Hence, darker areas represent softer rock with a sandy or small-stoned surface. This image was created by combining three Envisat radar passes (23 March 2009, 1 June 2009 and 14 September 2009) over the same area. The colours result from changes in the surface between acquisitions.