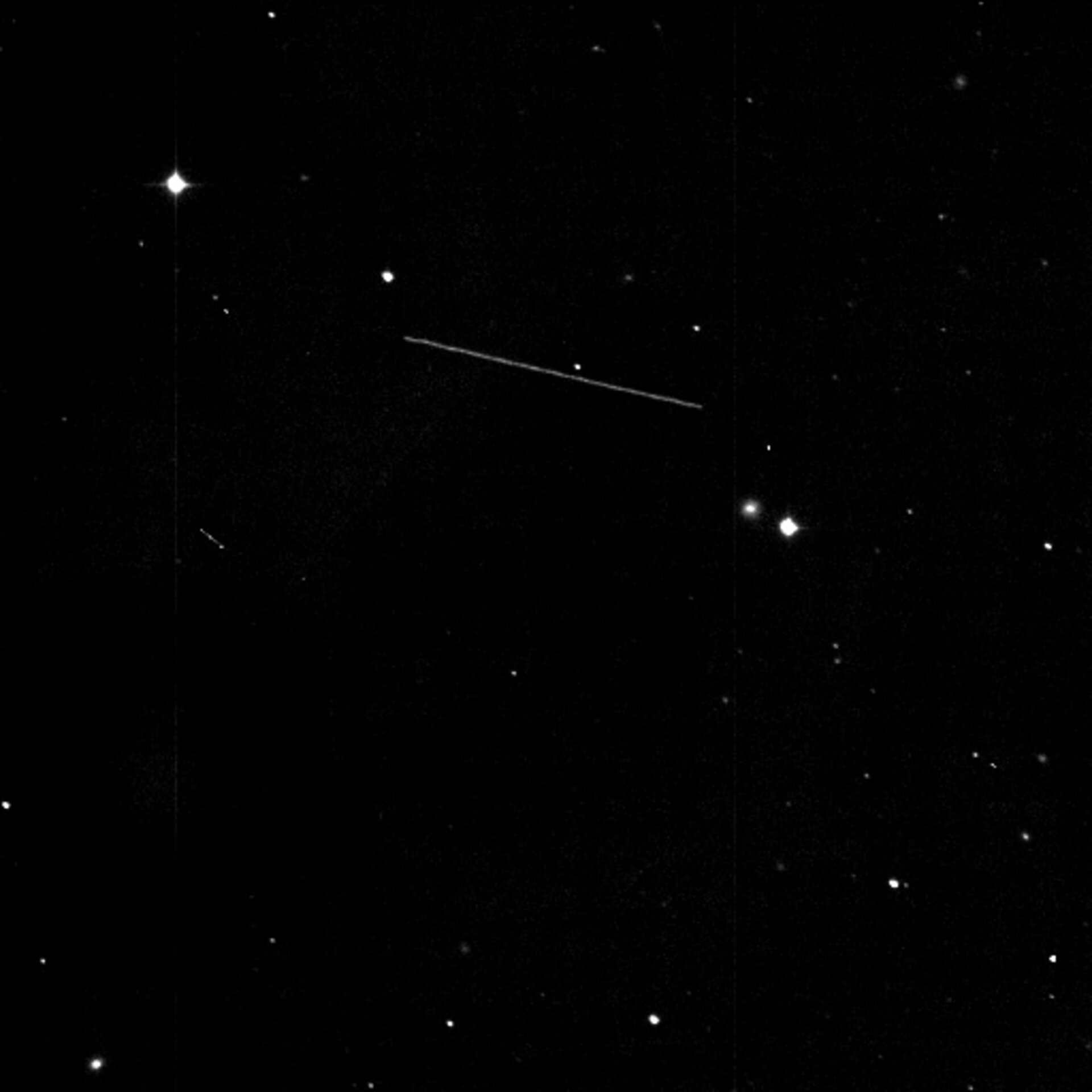 Rosetta: the stripe in the centre

Taken at 03:59 CET on 13 November with an exposure time of 2 minutes. The field is located in the constellation Cetus and spans 10 x 10 arcmin. The telescope was tracking the stars so that Rosetta appears as a stripe in the centre of the image while the stars appear as dots. Rosetta moves 3 arcminutes during the 2-minute exposure. Compare the movement with the image above, taken at 22:58 CET. The brightest star in the top left corner of the image has a magnitude of 12. This is the last image taken before Rosetta's closest approach to Earth, immediately afterwards its elevation fell below 18 deg which is the limit of the telescope.