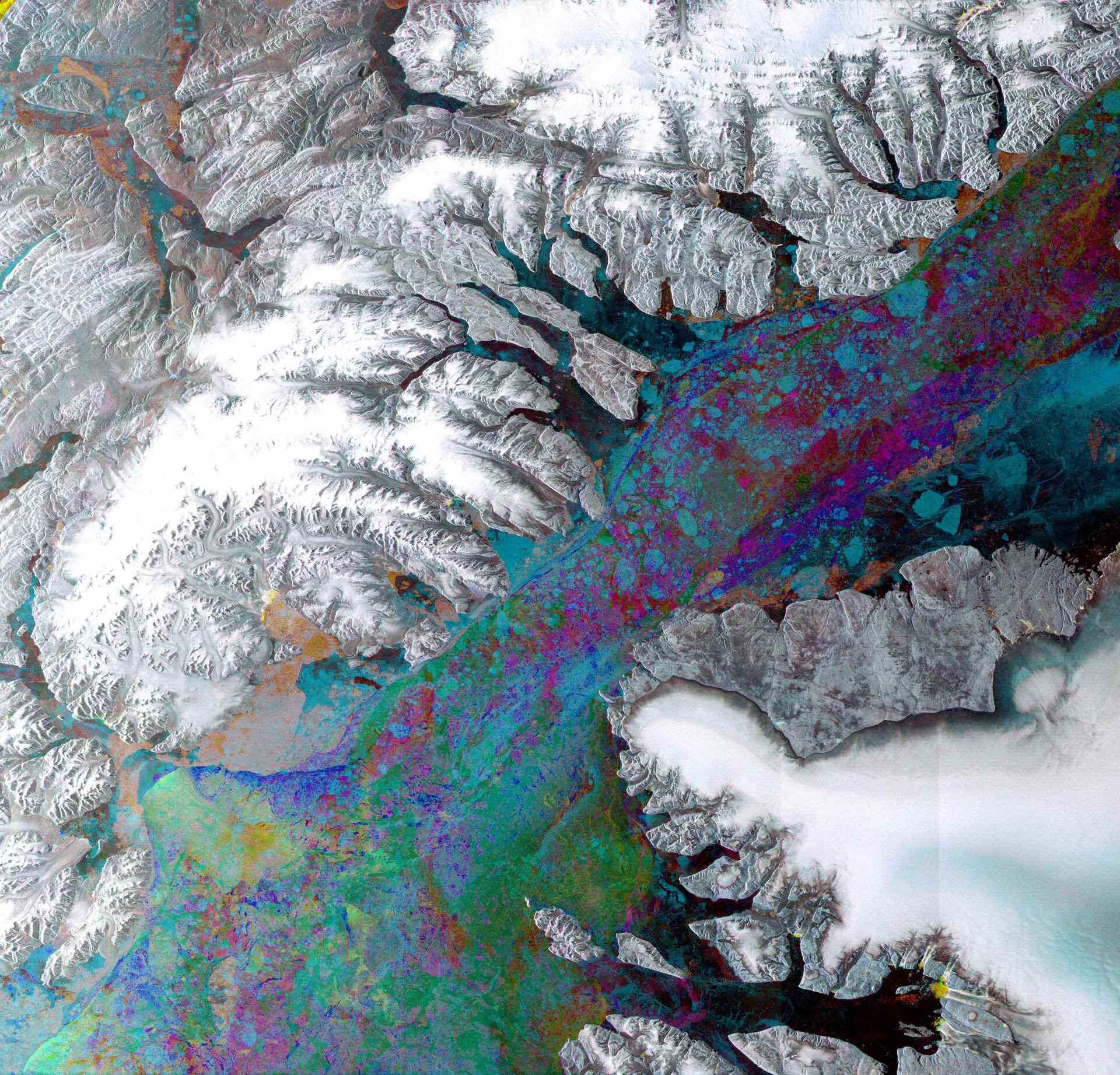 This Envisat radar image features the eastern side of Ellesmere Island (left), the northernmost Canadian island, and portions of the northwest coast of Greenland (right), the world’s largest island.

Ellesmere Island, the world’s tenth largest island, is considered part of the Queen Elizabeth Islands, the northernmost cluster of islands in the Canadian Arctic Archipelago. Glaciers and ice caps cover some 80 000 sq km of Ellesmere Island.

Inglefield Land is visible in the bottom right corner with the gray colour contrasting against the white and aqua blue colours of an ice cap.

In the image, blue, purple and green colours represent the waters of Nares Strait, which comprises several bodies of water. The narrow passage between Inglefield Land and Ellesmere Island is the Smith Sound, which extends some 88 km from Baffin Bay to the south (not visible) to the Kane Basin (dark blue water located above Inglefield Land). Kane Basin is where Greenland’s Humboldt Glacier, the largest known glacier in the world, discharges.

As radar images represent surface backscatter rather than reflected light, there is no colour in a standard radar image. This image was created by combining three Envisat Advanced Synthetic Aperture Radar acquisitions (2 February 2009, 14 April 2009 and 10 November 2009) taken over the same area. The colours in the image result from variations in the surface that occurred between acquisitions.