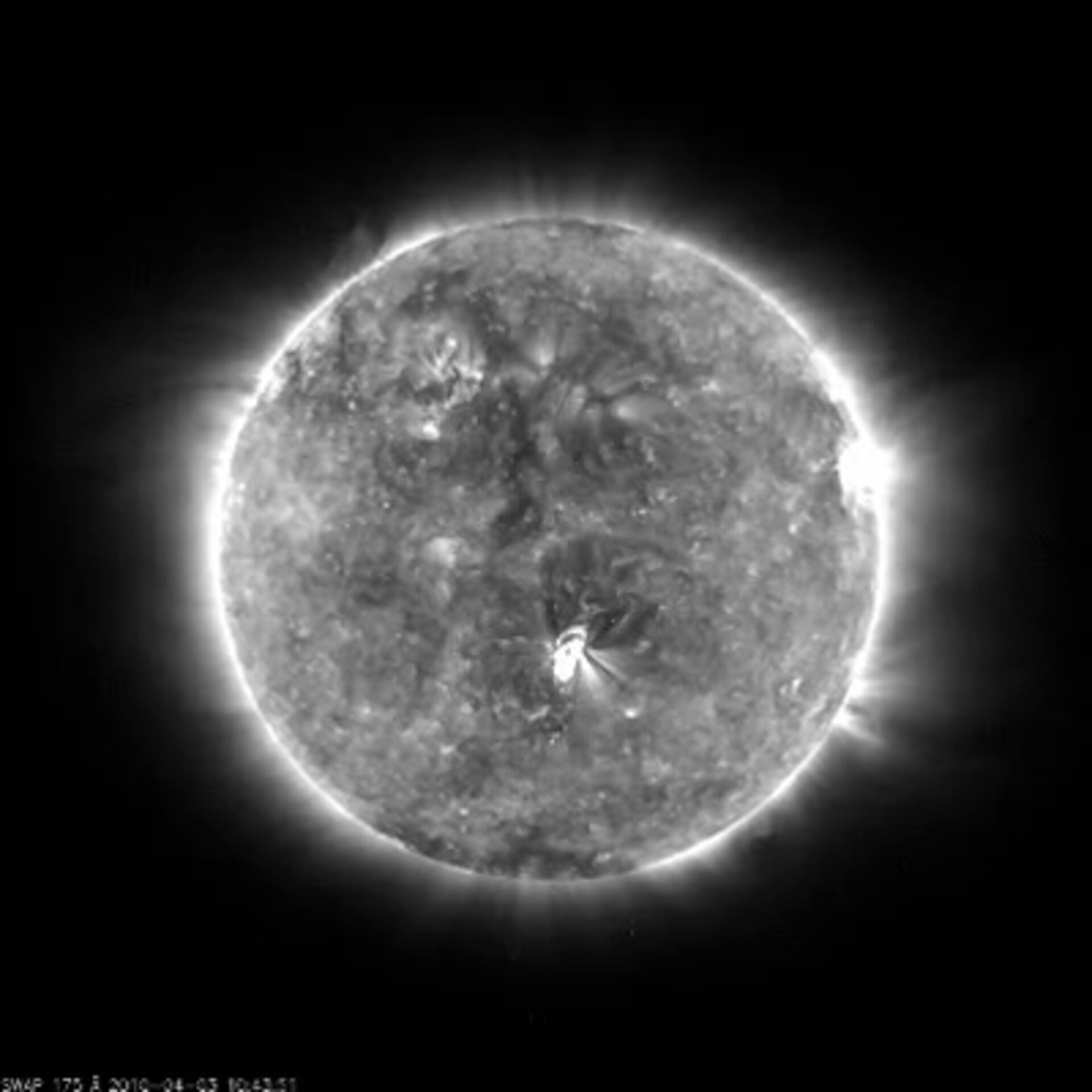 The flare seen here took place at 11:54 CET on Saturday 3 April and recorded by ESA's Proba-2. Significantly, this eruption was lined up with Earth as it erupted, sending a vast number of charged particles hurtling towards us, reaching Earth the following Monday, 5 April. Observing in extreme ultraviolet, Proba-2 acquired an image of the event every 100 seconds.
Measuring only a cubic metre, Proba-2 is crammed with technology demonstrations but also carries science payloads: its SWAP (Sun Watcher using APS detectors and imaging processing) instrument is only the size of a large shoebox, but gathers images much more frequently than SOHO’s equivalent sensor.