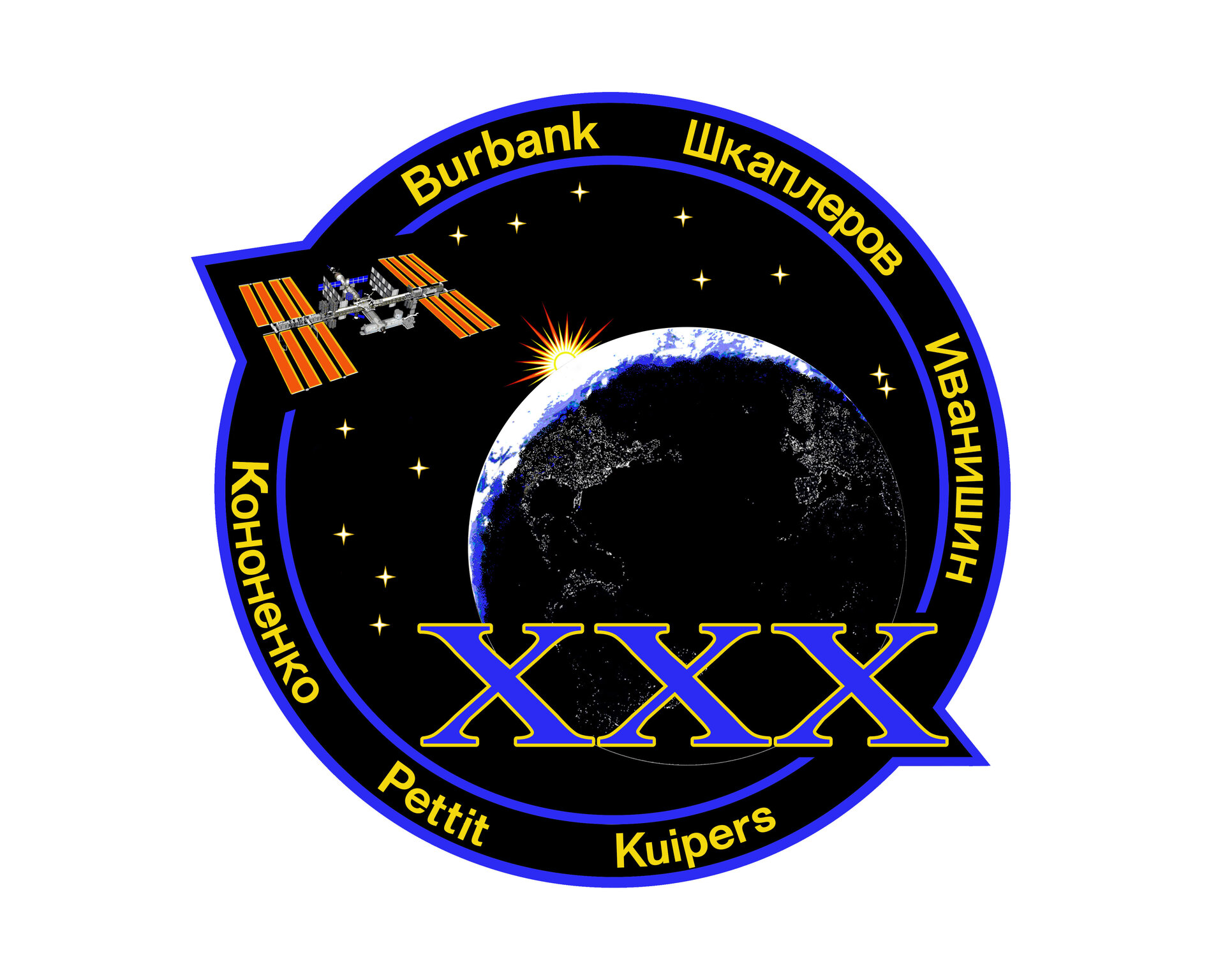 Along with Kuipers, the other members of Expedition 30 are NASA astronauts Dan Burbank and Don Pettit, Roscosmos cosmonauts Anton Shkaplerov, Anatoli Ivanishin and Oleg Kononenko.

The Expedition 30 was designed by Tim Gagnon and Jorge Cartes working with Expedition 30 commander Dan Burbank. The ISS programme is completing the transition from assembly to full utilisation as humankind celebrates the golden anniversary of human space exploration. In recognition of these milestones and especially of the contributions of those whose dedication and ingenuity make spaceflight possible, a fully assembled ISS is depicted rising above a sunlit Earth limb.

East of the sunlit limb, the distinctive pattern of Earth's surface picked out by nighttime city lights is a reminder of mankind's presence on the planet, most readily apparent from space only by night, and commemorates how humans have transcended their earthly bonds throughout the preceding 50 years of space exploration.