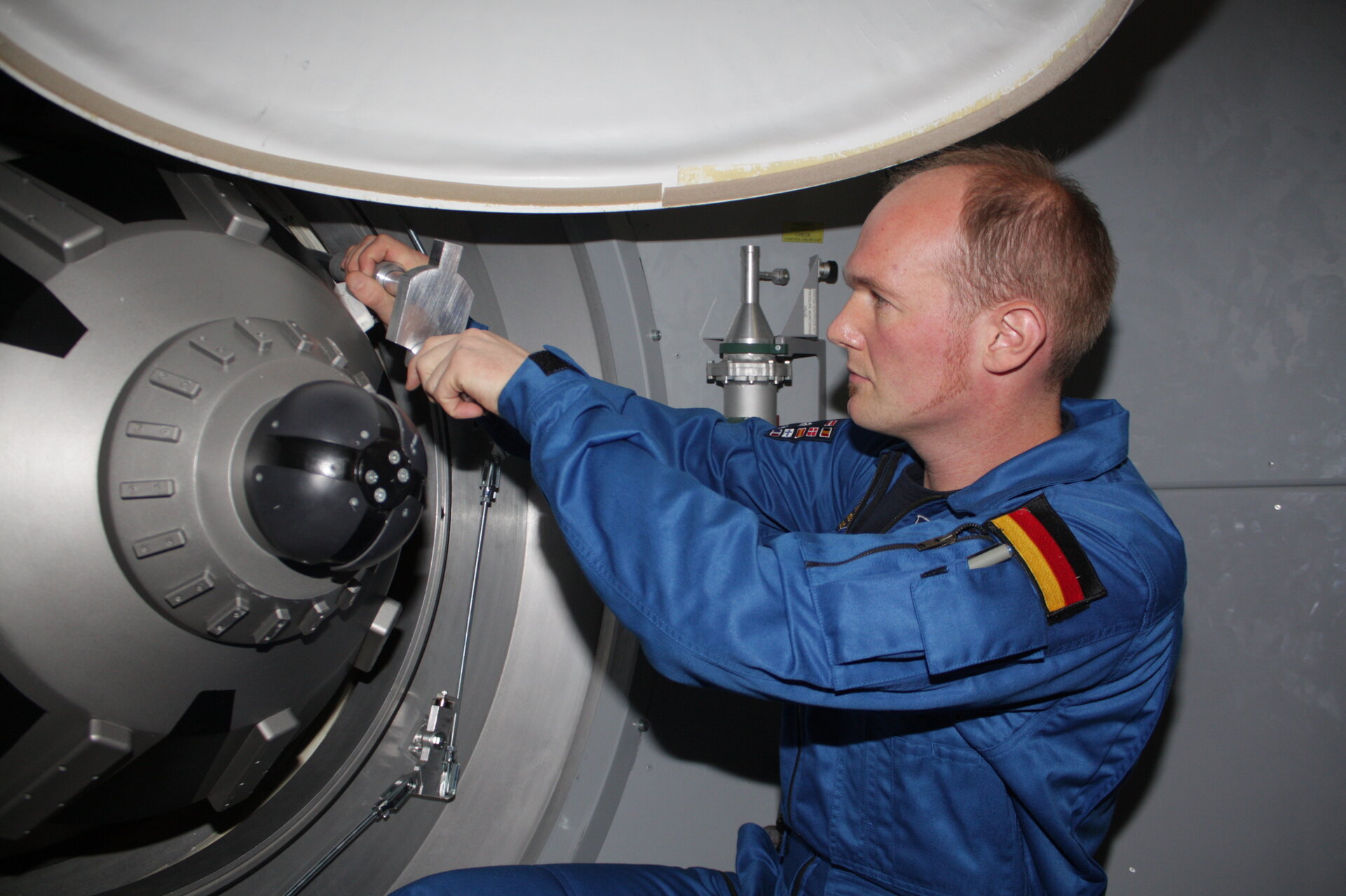 Alexander Gerst at the ATV simulator