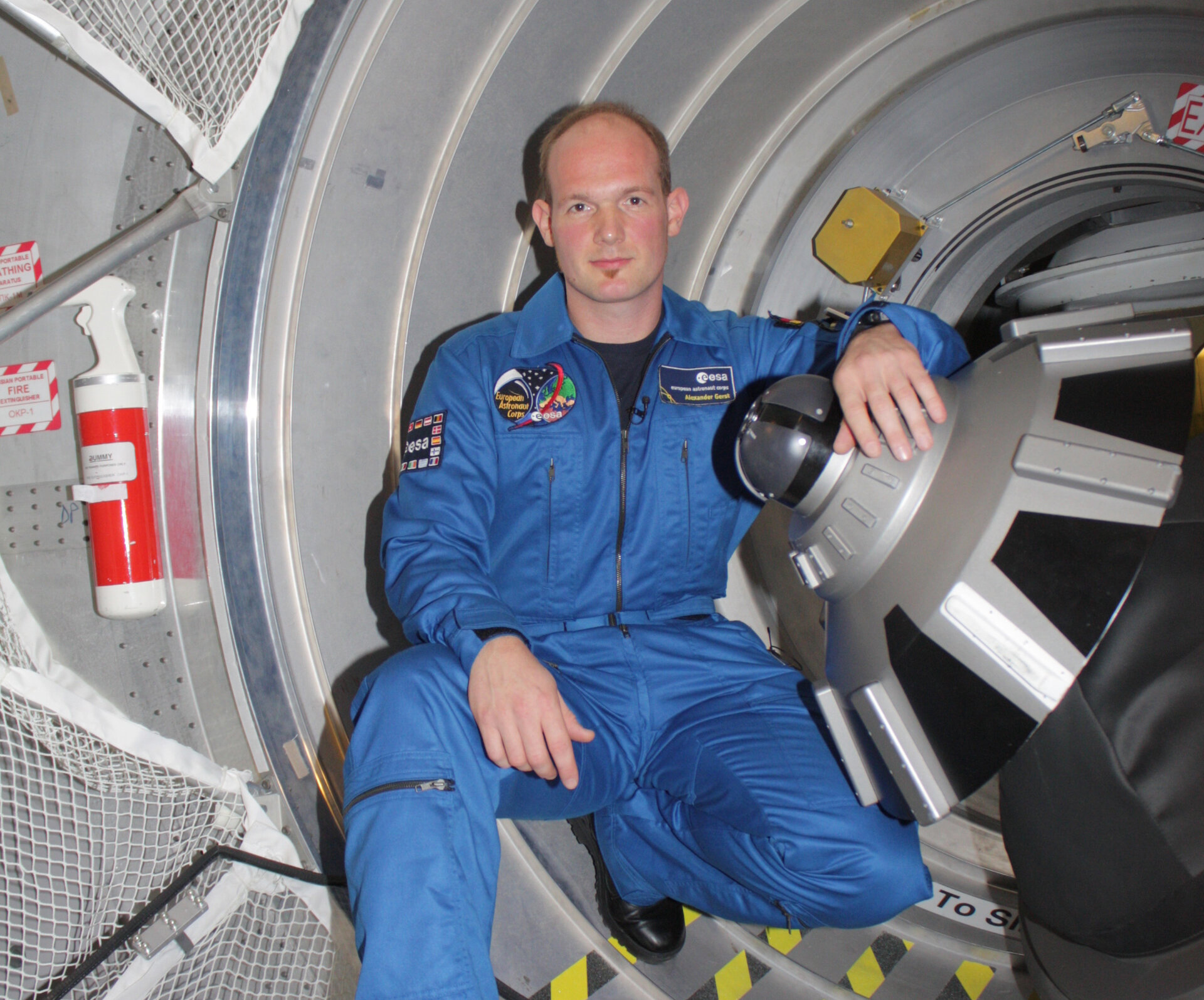 Alexander Gerst in the ATV simulator

Alexander Gerst, ESA astronaut of German nationality, beside the docking mechanism inside a full-size Automated Transfer Vehicle simulator at the European Astronaut Centre in Cologne, Germany.