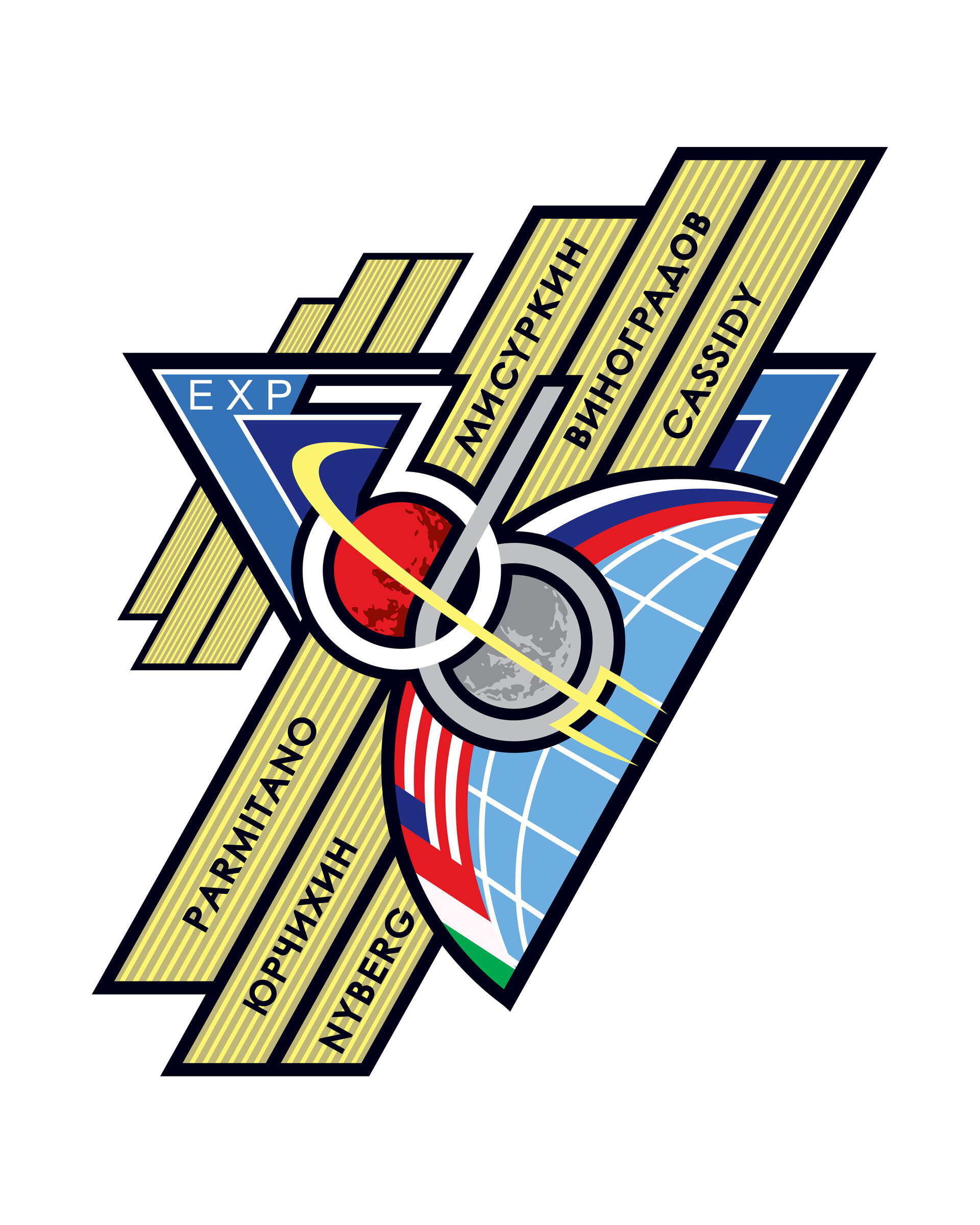 ESA astronaut Luca Parmitano (IT) is assigned to fly on the Soyuz TMA-09M spacecraft to the ISS, scheduled for May 2013, as part of the Expedition 36/37 crew. Expedition 36 begins with Parmitano, cosmonaut Fyodor Yurchikhin and NASA astronaut Karen Nyberg joining the cosmonauts Pavel Vinogradov and Alexander Misurkin and NASA's Christopher Cassidy who will be already on the ISS.

The patch was designed by Blake Dumesnil and the Expedition 36 crew. It portrays the iconic solar arrays of the ISS, the slanted angles denote a kinetic energy leading from Earth in the lower right to the upper left tip of the triangular shape of the patch, representing the infinite scientific research, education and long-duration spaceflight capabilities the ISS provides with each mission. The numbers 3 and 6 intertwine to form a 36, its grey colour signifies the unity and neutrality of the international partners of the ISS. The numbers surround stylised impressions of Mars and the Moon, representing potential goals for future exploration beyond the ISS. The central gold orbit wraps around the number 36 to form a trident at its lower right tip and, together with the globe, symbolises Earth in the form of the sea, air and land. The three flags represent the nationalities of the crew.