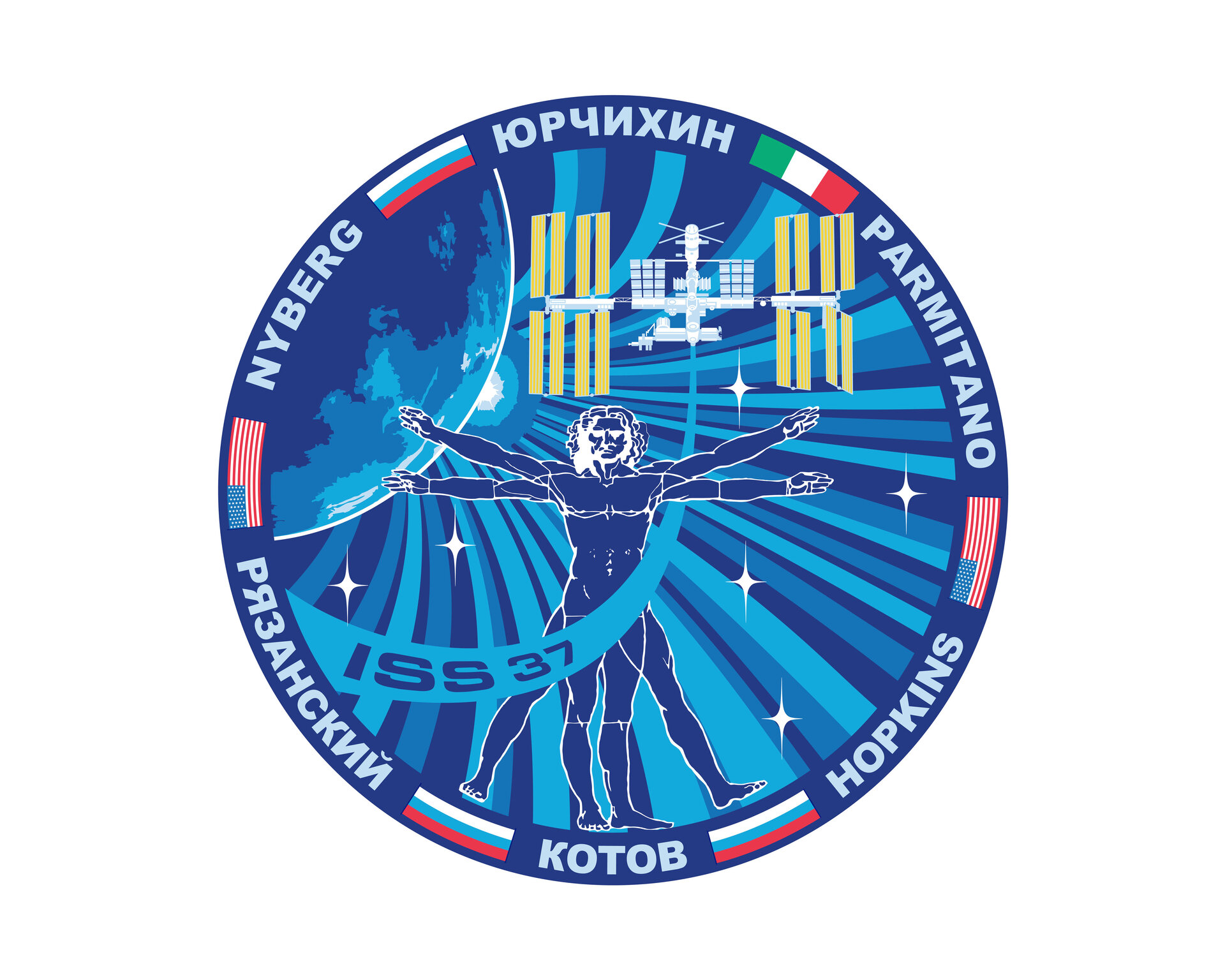 ESA astronaut Luca Parmitano (IT) is assigned to fly on the Soyuz TMA-09M spacecraft to the ISS, scheduled for May 2013, as part of the Expedition 36/37 crew. Expedition 37 begins with Parmitano, cosmonaut Fyodor Yurchikhin and NASA astronaut Karen Nyberg being joined by cosmonauts Oleg Kotov and Sergei Ryanzansky, and NASA's Michael Hopkins in September 2013.

This patch is a combination of two designs, one by Jorge Cartes (ES) and one by Luc van den Abeelen (NL). It features Leonardo da Vinci's 'Vitruvian Man', created some 525 years ago, as a blend of art and science and a symbol of the medical profession, is depicted among the orbits of a variety of satellites circling Earth at great speed.

Da Vinci's drawing, based on the proportions of man as described by the Roman architect Vitruvius, is often used as a symbol of symmetry of the human body and the Universe as a whole. Almost perfect in symmetry as well, the International Space Station, with its solar wings spread out and illuminated by the first rays of dawn, is pictured as a beacon arcing upwards across our night skies, the ultimate symbol of science and technology of our age.
Six stars represent the six members of Expedition 37 crew, which includes two cosmonauts with a medical background, as well as a native of Da Vinci's Italy.