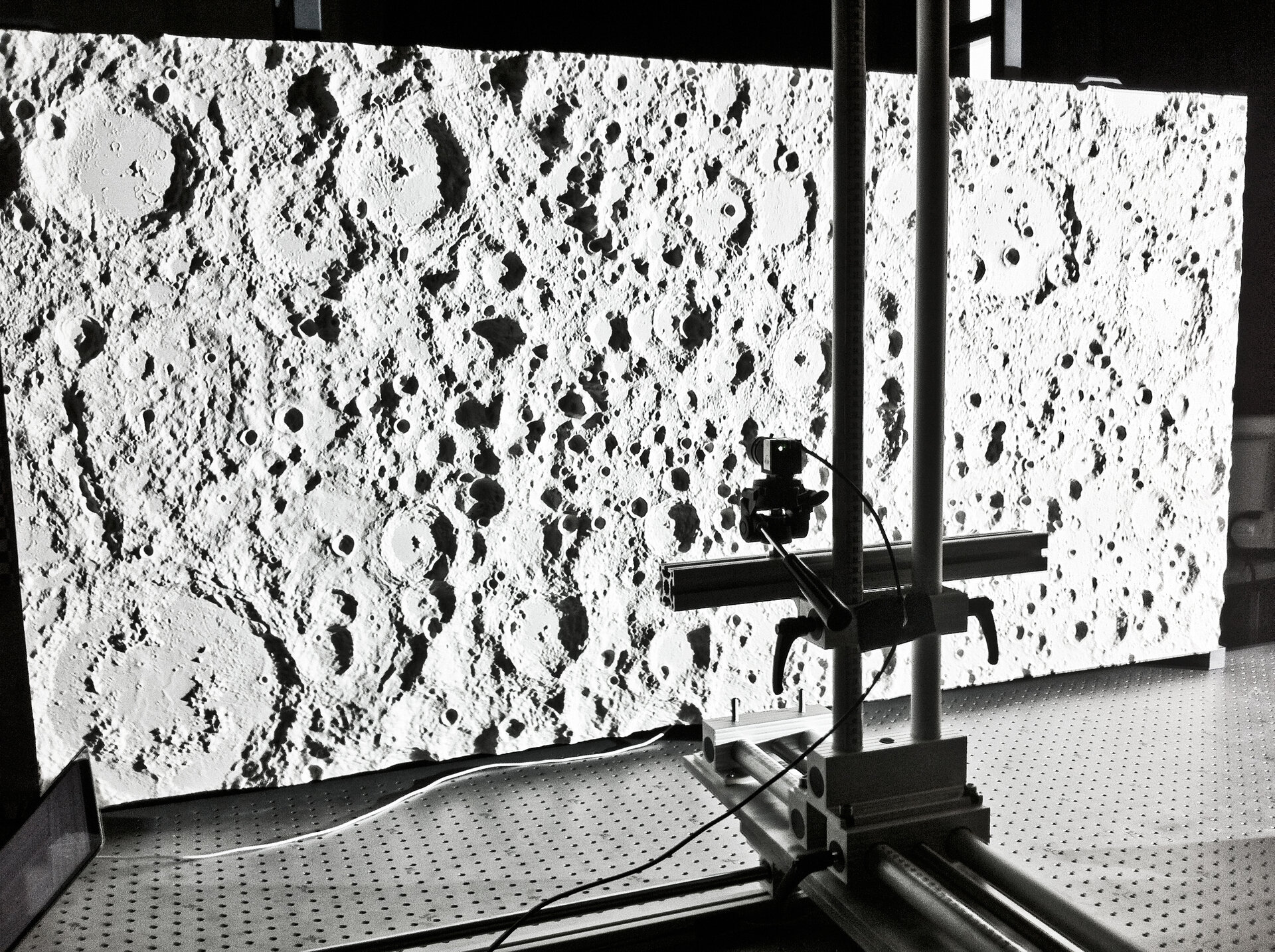 A new vision-based navigation software system for autonomous planetary landings, tested at ESA using a scale-model Moonscape has been recognised for excellence by France’s ONERA aerospace centre. The landing software was evaluated in real life using a compact scale model of the lunar surface linked to a mobile camera, set up in ESA’s Control Hardware Laboratory, located in the ESTEC technical centre in Noordwijk, the Netherlands. For added precision the testbed includes a virtual element – the optical correlation of real images of the lunar model with virtually-rendered image of the same scene generated with PANGU software, a specialised ESA planetary scene generation software developed by University of Dundee