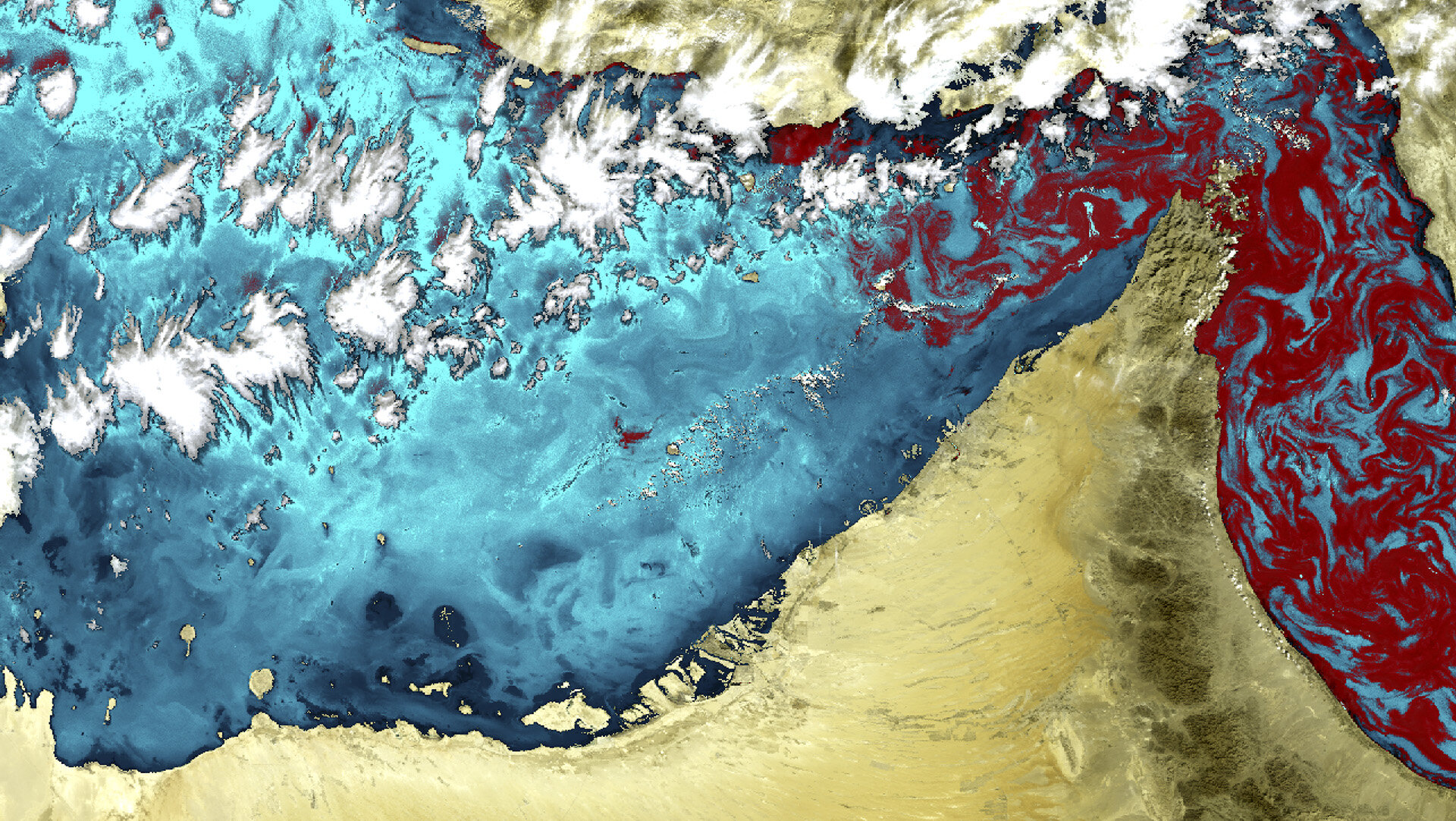 Satellite data can be used to identify and monitor red tide events – such as this one spreading from the Gulf of Oman into the Persian Gulf. This image was acquired by Envisat’s MERIS instrument on 22 November 2008.