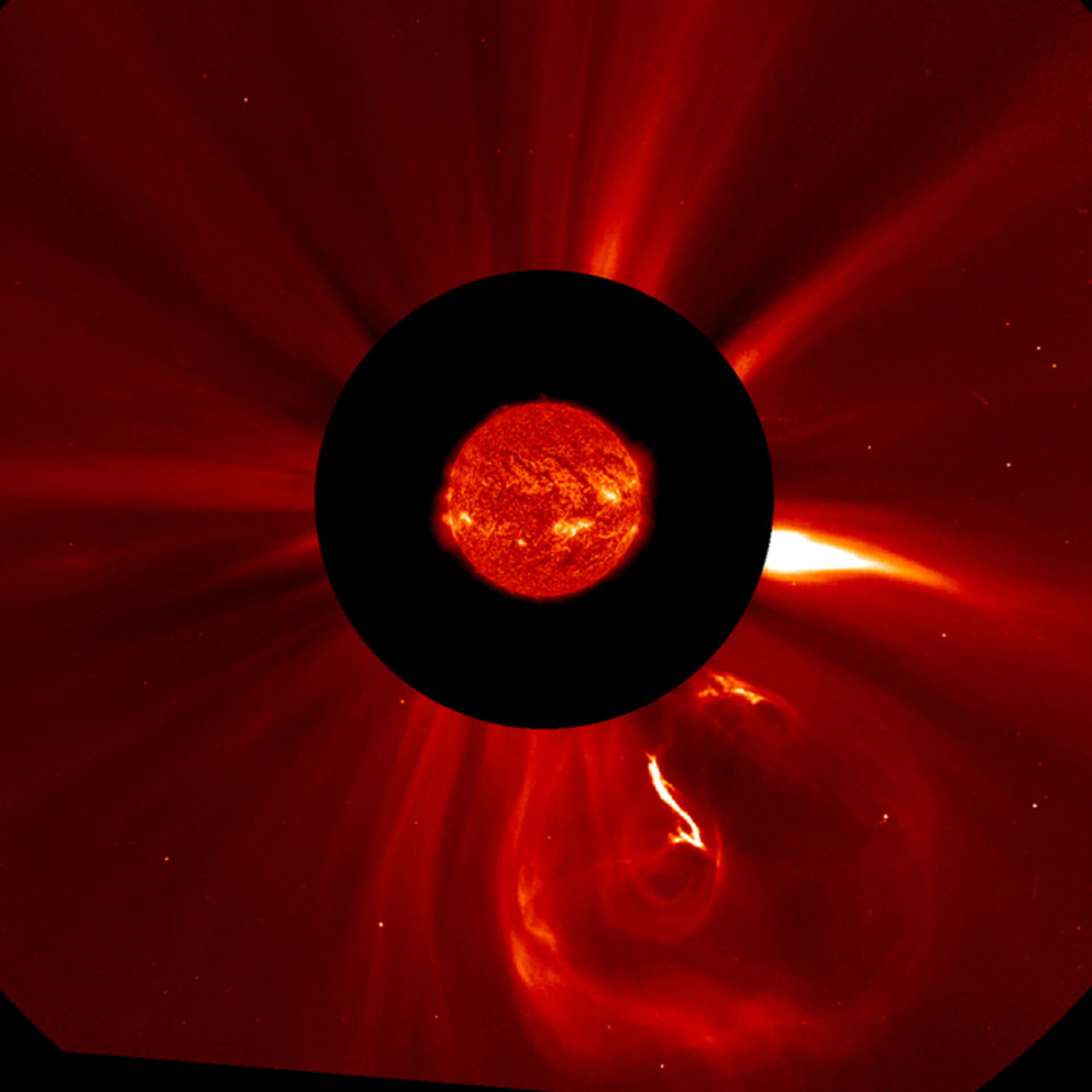 Several large, active regions on the Sun burst out with about 20 eruptions between 25 and 28 October 2013. Some were flares; some were coronal mass ejections, and at least one was a prominence eruption.

This is an image of the Sun in extreme UV light from the Solar Dynamic Observatory superimposed on a visible-light image of the solar corona obtained with SOHO's C2 coronagraph. The still was taken on 26 October.

The Sun is about at its maximum level of activity in its 11-year solar cycle, so stormy stretches like this one are to be expected.