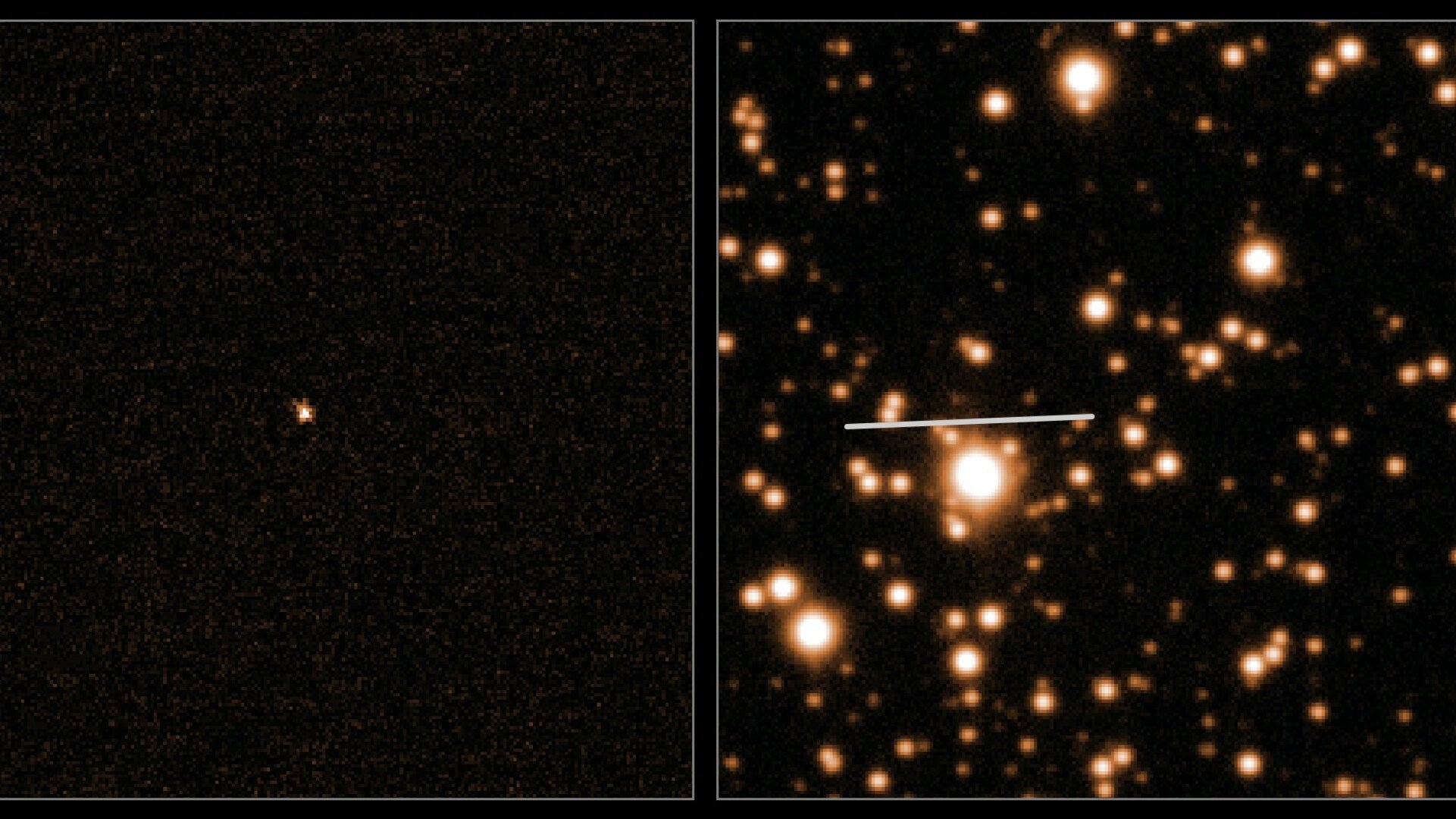 ESA’s Rosetta spacecraft will wake up today, 20 January, after 31 months in deep space hibernation, to catch up with comet 67P/Churyumov–Gerasimenko.

This image shows the most recent observations of the 4 km-wide comet, taken on 5 October 2013 by the Very Large Telescope of the European Southern Observatory (ESO) in Chile. The comet was around 500 million kilometres from Earth, before it passed behind the Sun and out of view from Earth’s perspective.

For this image, a long series of observations was processed to reveal both the comet without the background stars (on the left panel), and the star field with the track of the comet marked (on the right). Viewed against a crowded star field in a direction towards the centre of the Milky Way, the comet appears as a simple spot.

The observation marks the start of a close collaboration between ESA and ESO to monitor the comet from the ground during Rosetta’s encounter later this year.

Rosetta was launched in 2004 and will become the first space mission to rendezvous with a comet, the first to attempt a landing on a comet and the first to follow a comet as it swings around the Sun.

The comet is on a 6.5-year orbit around the Sun and is currently moving towards the inner Solar System, inside the orbit of Jupiter. It will be closest to the Sun – roughly between the orbits of Earth and Mars – in August 2015. During this approach, the surface will warm up and its ices will sublimate, dragging out dust into a tail and likely causing jets from the surface.

Although there is no evidence in this image to suggest that the comet is already active, scientists will be keen to check in on the comet again in February, when it is next observable by the  Very Large Telescope.

In the meantime, the observations carried out late last year have been used to confirm the comet’s orbit ahead of a major manoeuvre planned for Rosetta in May, to line it up for its rendezvous in August. Further calculations will be made once Rosetta sights the comet in its own imaging system.