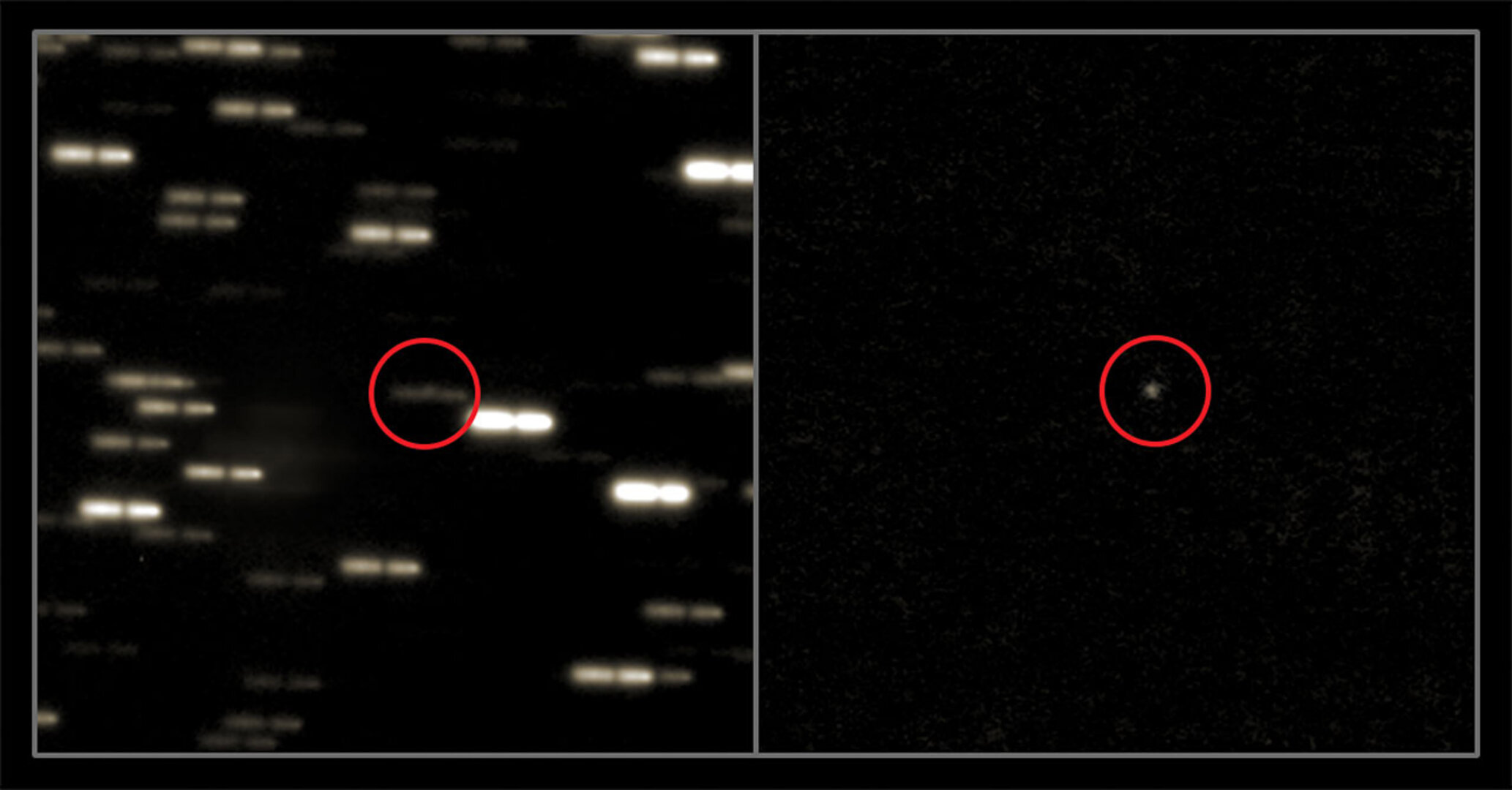 On 20 January, ESA’s Rosetta spacecraft emerged from a 31-month hibernation on the final leg of its 10-year journey to comet 67P/Churyumov–Gerasimenko. Just like the spacecraft, the mission’s target is also now emerging from hibernation.

For the last few months, the comet has been behind the Sun from our vantage point on Earth. But in late February, the Very Large Telescope of the European Southern Observatory in Chile resumed observations – its last look was on 5 October 2013.

The image presented here was taken on the night of the 27 February (09:30 GMT on 28 February). The image on the left was created by stacking individual exposures to show the background stars. These were then shifted to compensate for the motion of the comet, which appears as a small dot right on top of one of the stars (at the centre of the circle). The image on the right shows the comet when the star trails have been subtracted.

The observatory is collaborating with ESA to monitor the four kilometre-wide comet from the ground to help refine Rosetta’s navigation and to make assessments of the comet’s activity prior to the spacecraft’s arrival in August.

The comet is about 50% brighter than when it was last observed. Although it is also now nearer to Earth, it has brightened faster than expected for an inactive comet of this size, suggesting that its icy nucleus has started to evaporate as it moves gradually closer to the Sun.

The comet travels around the Sun between the orbits of Jupiter and Earth; its closest approach to the Sun, in August 2015, is at a distance of 185 million kilometres.

Rosetta will be the first mission to make continuous measurements at close-quarters of how a comet’s activity changes as it journeys around the Sun.