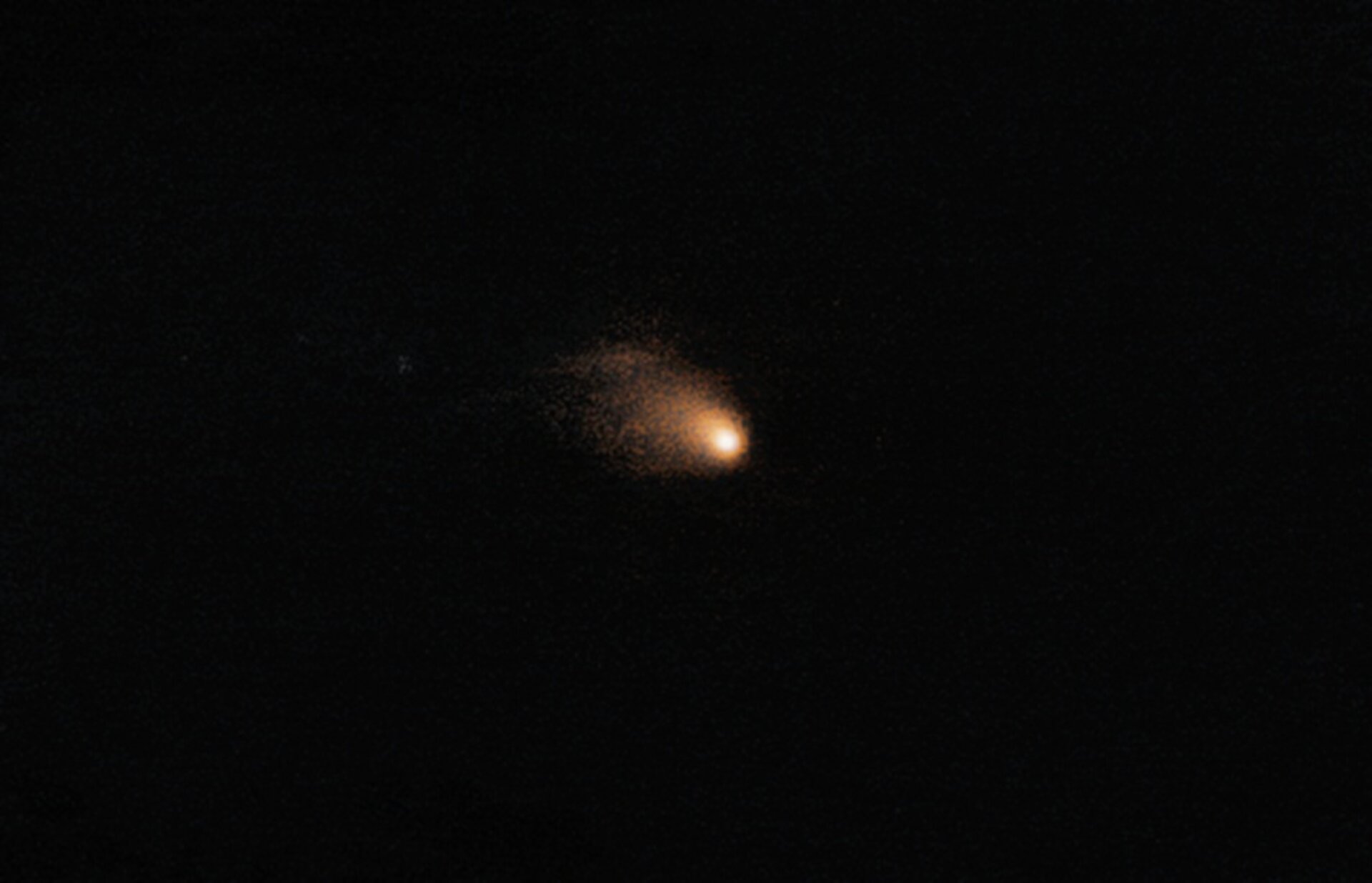 Since early August 2014, Rosetta has been enjoying a close-up view of comet 67P/Churyumov–Gerasimenko. Meanwhile, astronomers on Earth have been busy following the comet with ground-based telescopes. As Rosetta is deep inside the ‘atmosphere’ coma – it was 100 km from the nucleus on 6 August, and has been getting much closer since then – the only way to view the whole comet is to ‘stand back’ and observe it from Earth.

This image was recorded on 11 August 2014 using one of the 8 m-diameter telescopes of the European Southern Observatory’s Very Large Telescope in Chile.

Although faint, the comet is clearly active, revealing a dusty coma extending at least 19 000 km from the nucleus. The comet's dusty veil is not symmetrical as the dust is swept away from the Sun – located beyond the lower-right corner of the image – to begin forming a tail.

At the moment, the comet is visible only from the southern hemisphere and, at more than 500 million km from the Sun, it is still very faint. In addition, it currently sits in a patch of the sky where it is camouflaged against the crowded starry background of the Milky Way. For these reasons, the image was compiled by superimposing 40 individual exposures, each lasting about 50 seconds, and removing background stars.

A large collaboration of astronomers across the world has been working to make the most of the unique opportunity to observe the comet from the ground while Rosetta is performing measurements at the comet. The Very Large Telescope is taking images every two nights on average. These short exposures monitor the comet’s activity by studying how its brightness changes. The results are used by the Rosetta team to help plan spacecraft operations.

Read more about the ground-based campaign and view more images on the Rosetta blog.