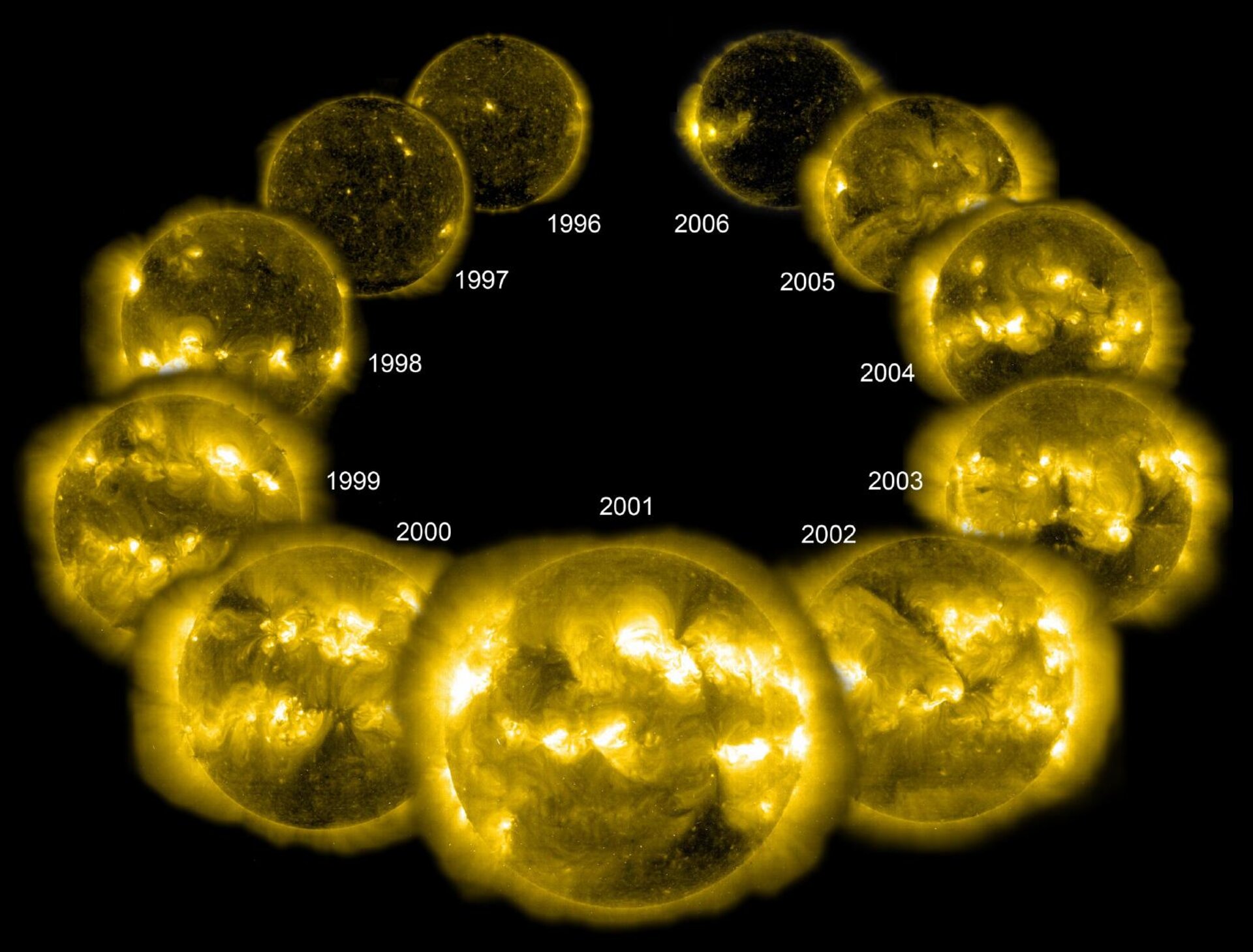 It took 10 years to create this image of our changing Sun. Taken from space by the Solar and Heliospheric Observatory (SOHO), it shows a dramatically different picture than the one we receive on Earth.

From Earth’s surface, we are treated to a biased view. Every day our world is bathed in the Sun’s light and heat, and at these visible and infrared wavelengths our luminary shines to within a fraction of a percent of the same energy every day.

At ultraviolet and X-ray wavelengths, this is not true. Launched in 1995, SOHO has been continuously monitoring the Sun since then, in part to study this variation. Back in 2006, one image for each year of the mission until then was chosen and displayed in this montage.

The bright parts of these images correspond to gas in the Sun’s atmosphere at a temperature of about 2 million degrees Celsius.

Unlike visible light, the intensity of the ultraviolet radiation from the Sun varies greatly. This variation becomes more pronounced the shorter the wavelength, especially in the X-ray region of the spectrum. This is governed by solar activity, which runs in an approximately 11-year cycle. It is linked to the generation of the Sun’s magnetic field although our precise understanding of this mechanism remains elusive.

The waxing and waning of cycle-23, counted since 1755 when systematic record-taking began, can be seen clearly in this image. At its peak in 2001, the Sun was a maelstrom of activity, releasing about 10 times more ultraviolet light than at the minimum periods that can be seen in 1996 and 2006.

Now in cycle-24, the Sun is again at a peak of activity, although it is milder than that of 2001.

This image was originally published at the Solar and Heliospheric Observatory website.