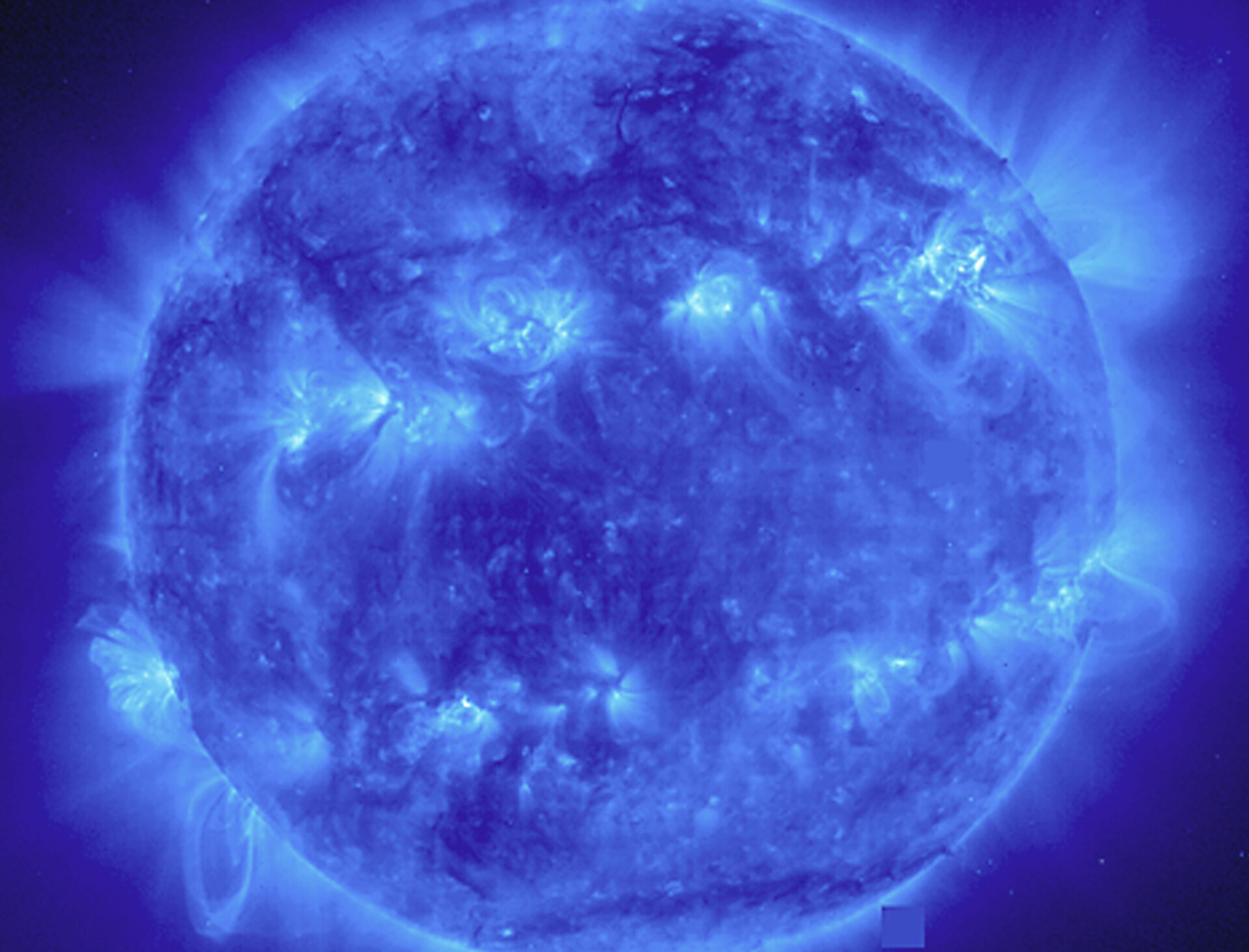 Back in 1998, the Sun was behaving as expected. The approximately 11-year cycle of activity was proceeding smoothly, heading towards a peak in 2001.

The Solar and Heliospheric Observatory (SOHO) captured this image on 9 November 1998 through its ultraviolet telescope, showing radiation from iron atoms bathed in a gas of around a million degrees Celsius.

This textbook image of solar activity shows two brighter bands circling the Sun at the same latitude in each hemisphere.

At visible wavelengths these bright loops and patches are associated with dark smudges known as sunspots. They are produced when loops of magnetism become buoyant and rise from inside the Sun into the atmosphere.

This activity takes place in both hemispheres simultaneously, and about five or six years into the cycle sunspots reach lower latitudes closer to the equator. This is known as solar maximum.

After this, the number of spots begins to decline until they virtually disappear and the cycle starts again at high latitudes. It is one of the enduring mysteries of the Sun why this cycle happens. Certainly, it is linked to the way the Sun generates magnetism deep inside its gaseous layers but the details remain elusive.

In recent years, the Sun has deviated from this textbook behaviour. The current cycle was about two years late in starting, the hemispheres are behaving differently and the peak of activity is relatively modest. The next cycle is expected to continue in this new vein. It may even be weaker than the current cycle.