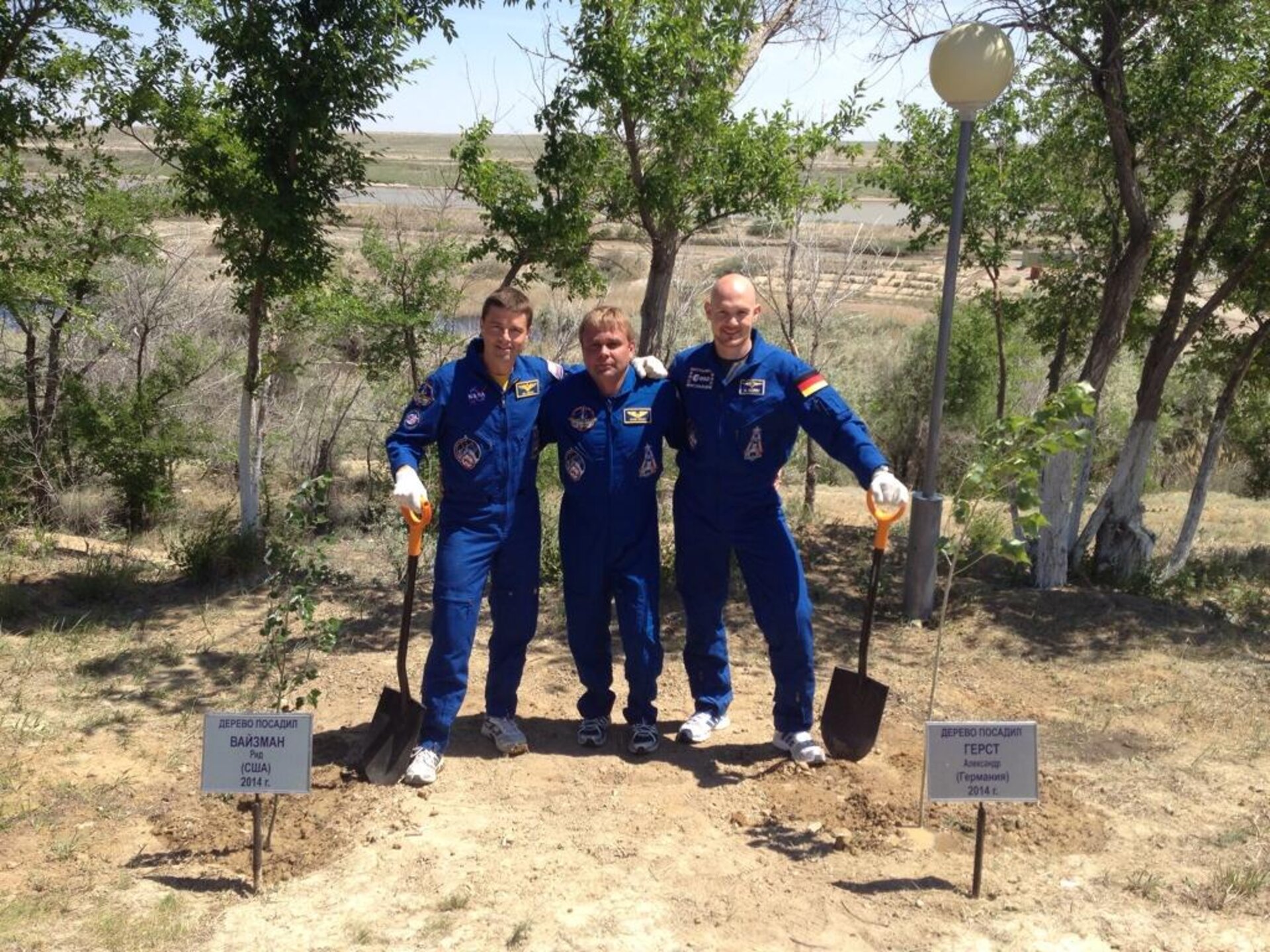 Expedition 40/41 crew (from left) NASA astronaut Reid Wiseman, Roscosmos commander Maxim Suraev and ESA astronaut Alexander Gerst during the traditional tree-planting ceremony in the run-up to their launch to the International Space Station on 28 May 2014.

Many traditions have developed over the years in the run-up to a Soyuz ascent. The crew sleep in the ‘cosmonaut hotel’ and sign their room doors before leaving for the last time for the pad.

Earlier, they each plant a tree behind the hotel to leave a living legacy as they circle our planet. The day before launch, they watch the classic Russian film White Sun of the Desert.