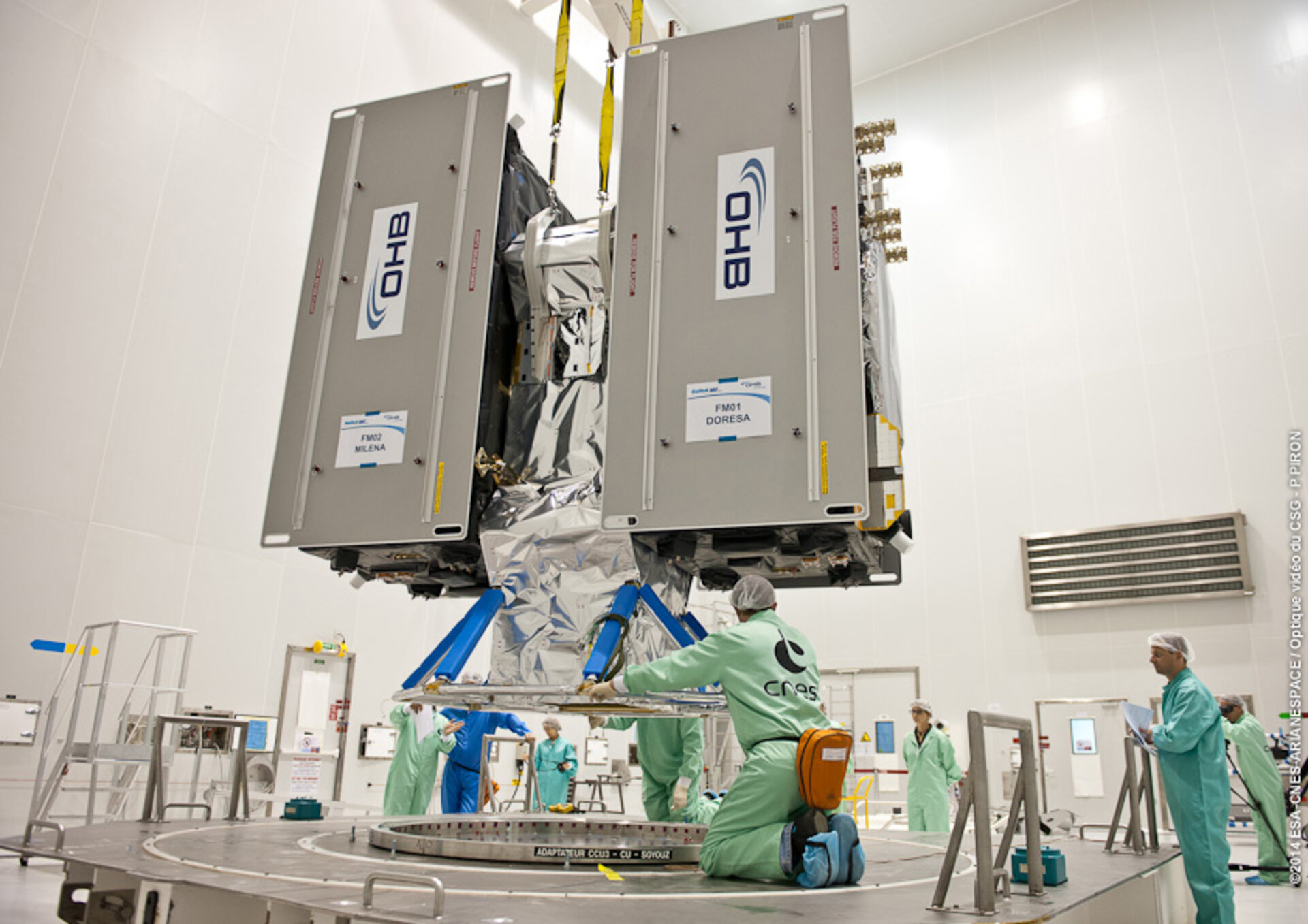 Two Galileo navigation satellites integrated on their payload dispenser system at Europe's Spaceport in Kourou, French Guiana. The pair were then mated atop a Soyuz Fregat upper stage and encapsulated in the protective payload fairing. These satellites, Galileo SATs 5-6, were launched on 22 August 2014 from Europe’s Spaceport in French Guiana on top of a Soyuz ST-B launcher.