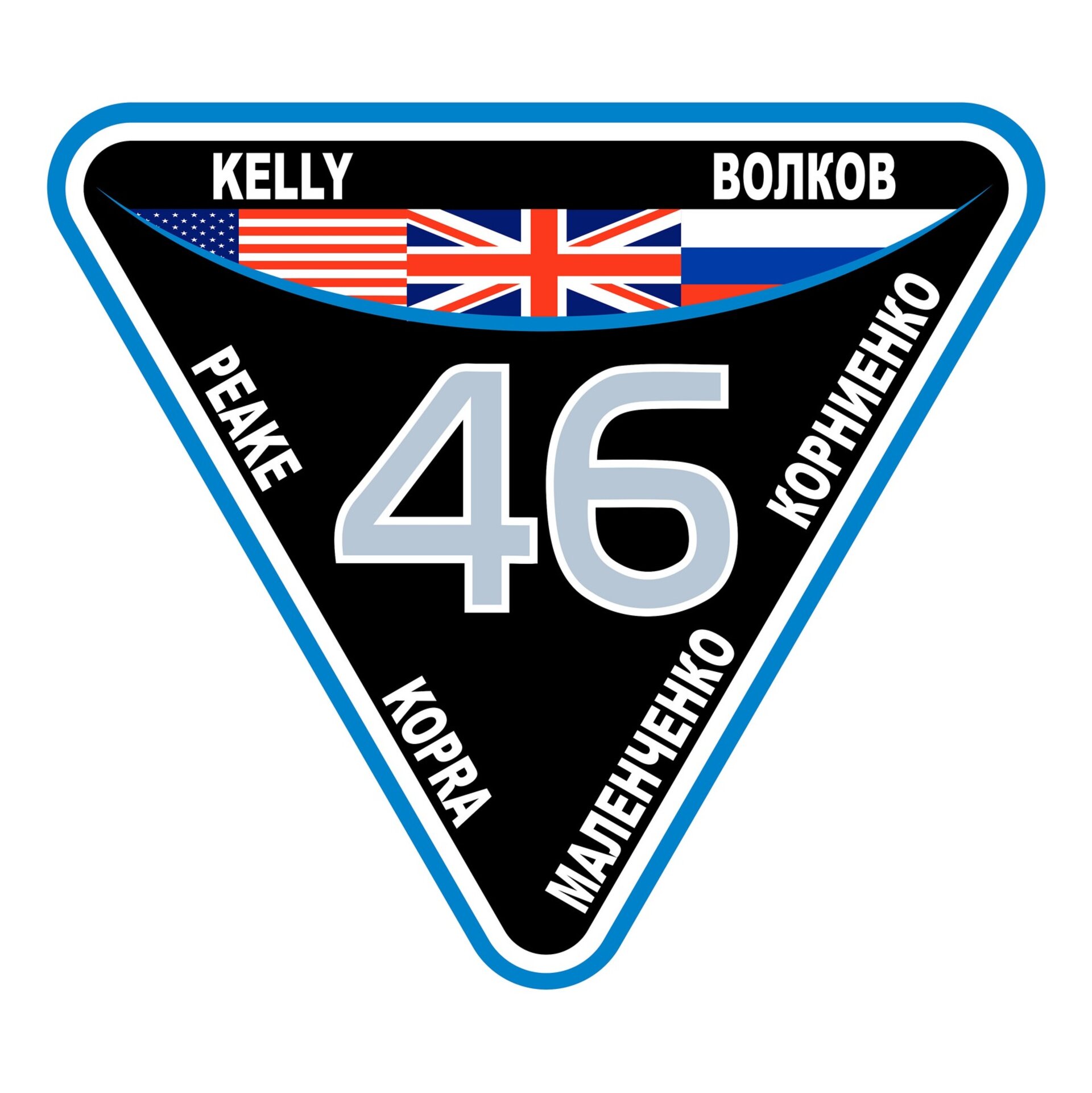 ESA astronaut Tim Peake (GB) is assigned to fly on the Soyuz TMA-19M spacecraft to the International Space Station, scheduled for November 2015 and as part of Expedition 46/47. Expedition 46 is scheduled to begin with the departure of Soyuz TMA-17M in November 2015. Three new Soyuz TMA-19M crew members, Tim, cosmonaut Yuri Malenchenko and NASA astronaut Tim Kopra, will be launched shortly after. They join cosmonauts Sergei Volkov and Mikhail Korniyenko, and NASA astronaut Scott Kelly, who will be already on the Station.

The 46 icon in the foreground of the patch represents the forty-sixth expedition mission to the International Space Station. Earth is depicted at the top with the flags of the countries of origin of the crew members: the United States, Russia and the United Kingdom. The Union flag of the UK is displayed in a position of prominence in recognition of the significance of the first British ESA astronaut to fly in space. The outer border is in the shape of a triangle with an unbroken border, symbolising the infinite journey of discovery for past, present and future space explorers. The names of the six Expedition 46 astronauts and cosmonauts are shown in the border.