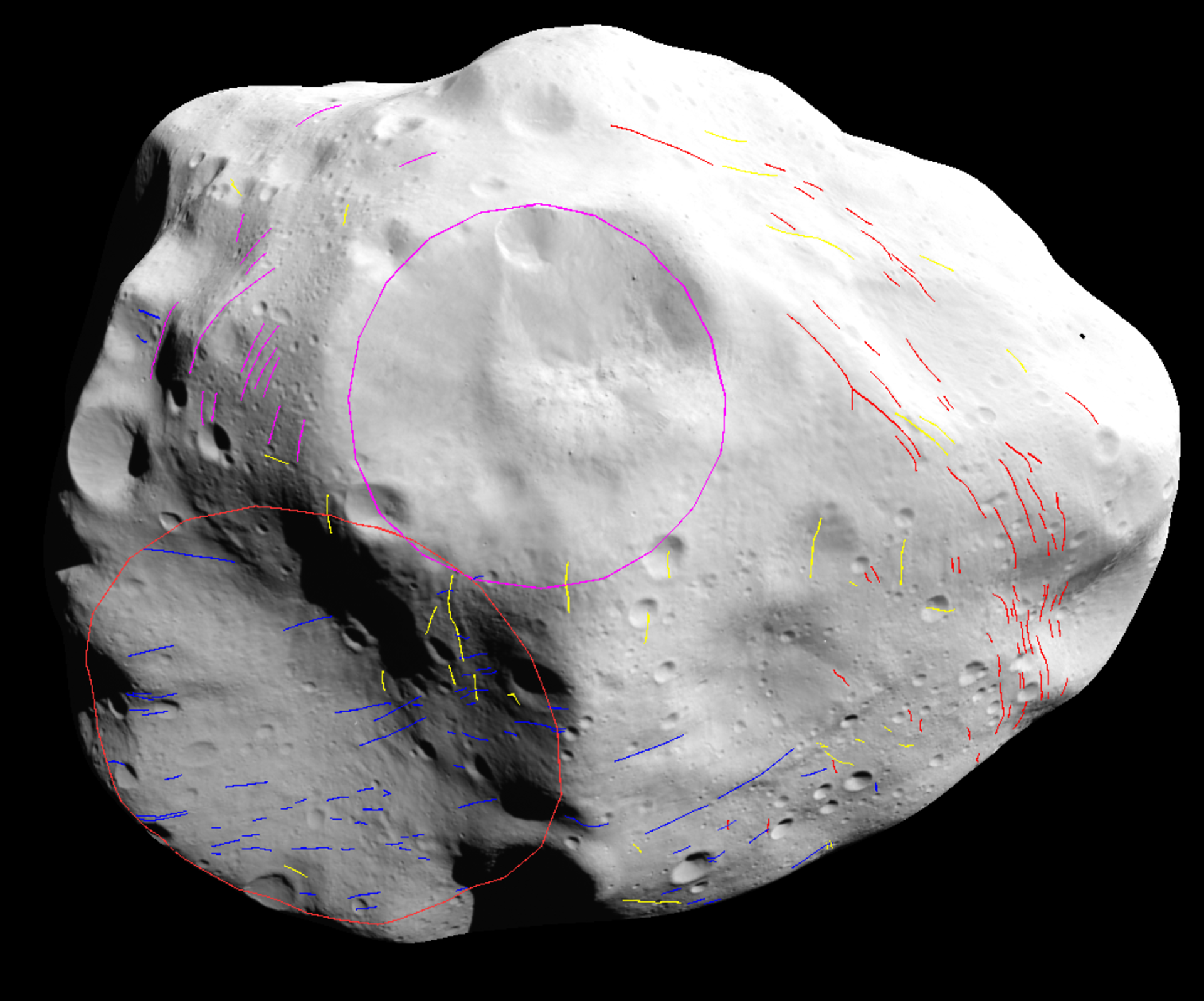 Looking face on at the North Pole Crater Cluster (purple outline) on asteroid Lutetia, with Massilia to the lower left (red outline). Marked on the image are the concentric grooves or ‘lineaments’ associated with the large craters. The lineaments coloured blue infer the presence of a large crater – nicknamed Suspicio – on the unseen portion of Lutetia. Yellow denotes lineaments not associated with any of the craters discussed in this study.

Lutetia was imaged in July 2010 by ESA’s Rosetta spacecraft, while en route to Comet 67P/Churyumov-Gerasimenko. Rosetta took images of the 100 km-wide asteroid for about two hours during the flyby. At its closest approach, Rosetta was 3162 km from Lutetia. In the image shown here, north is towards the observer.