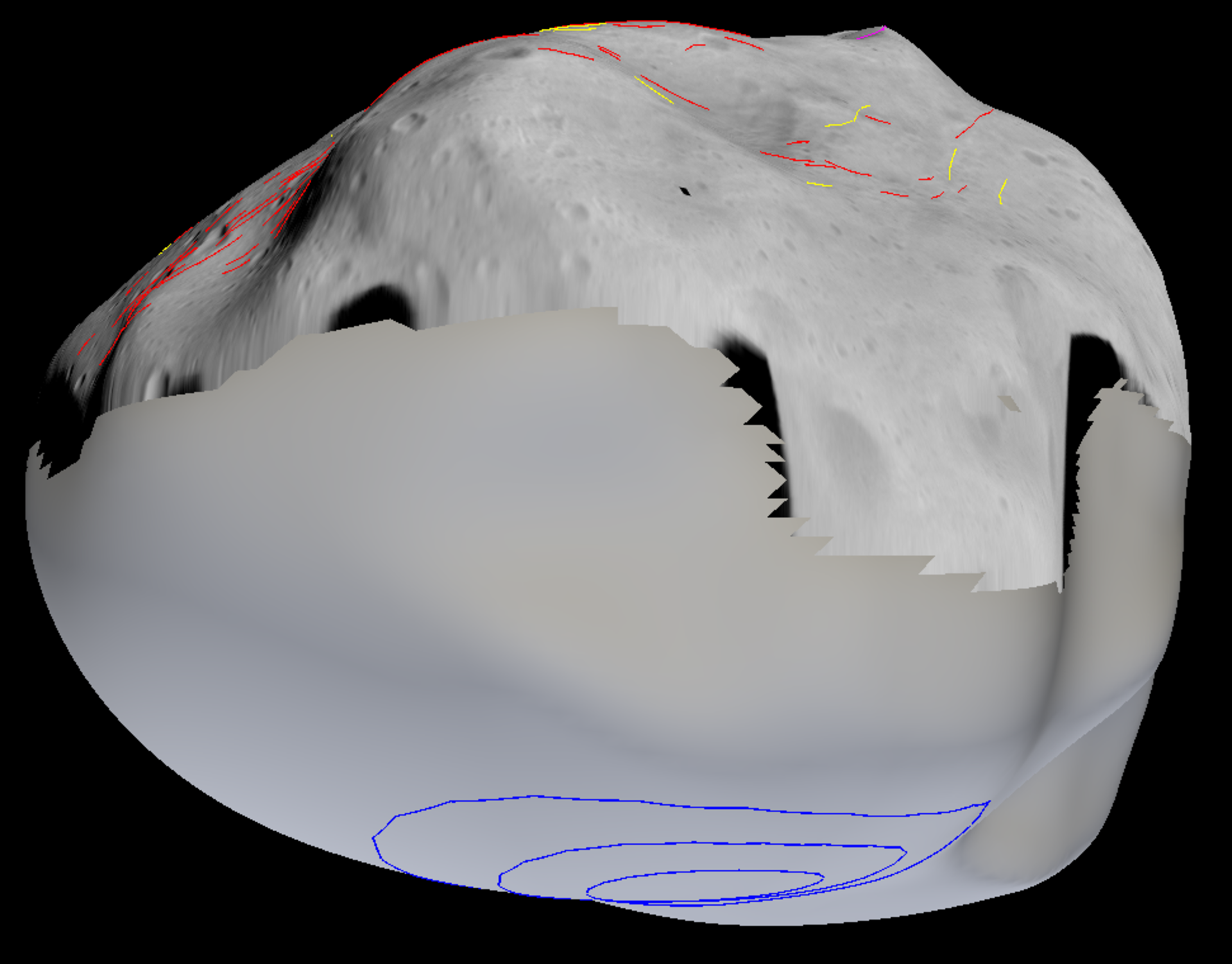 The inferred location of Suspicio crater on the unseen southern hemisphere of asteroid Lutetia (marked in blue). The hidden crater could be up to 45 km in diameter – the blue outlines correspond to diameter estimates of 15, 30 and 45 km, respectively. The crater is inferred based on the numerous grooves or ‘lineaments’ seen concentric to the crater in the northern hemisphere of the asteroid. There are no image data available for this side of the asteroid, as can be inferred from the blank shape model.

Lutetia was imaged in July 2010 by ESA’s Rosetta spacecraft, while en route to Comet 67P/Churyumov-Gerasimenko. Rosetta took images of the 100 km-wide asteroid for about two hours during the flyby. At its closest approach, Rosetta was 3162 km from Lutetia. In the image shown here, north is up.