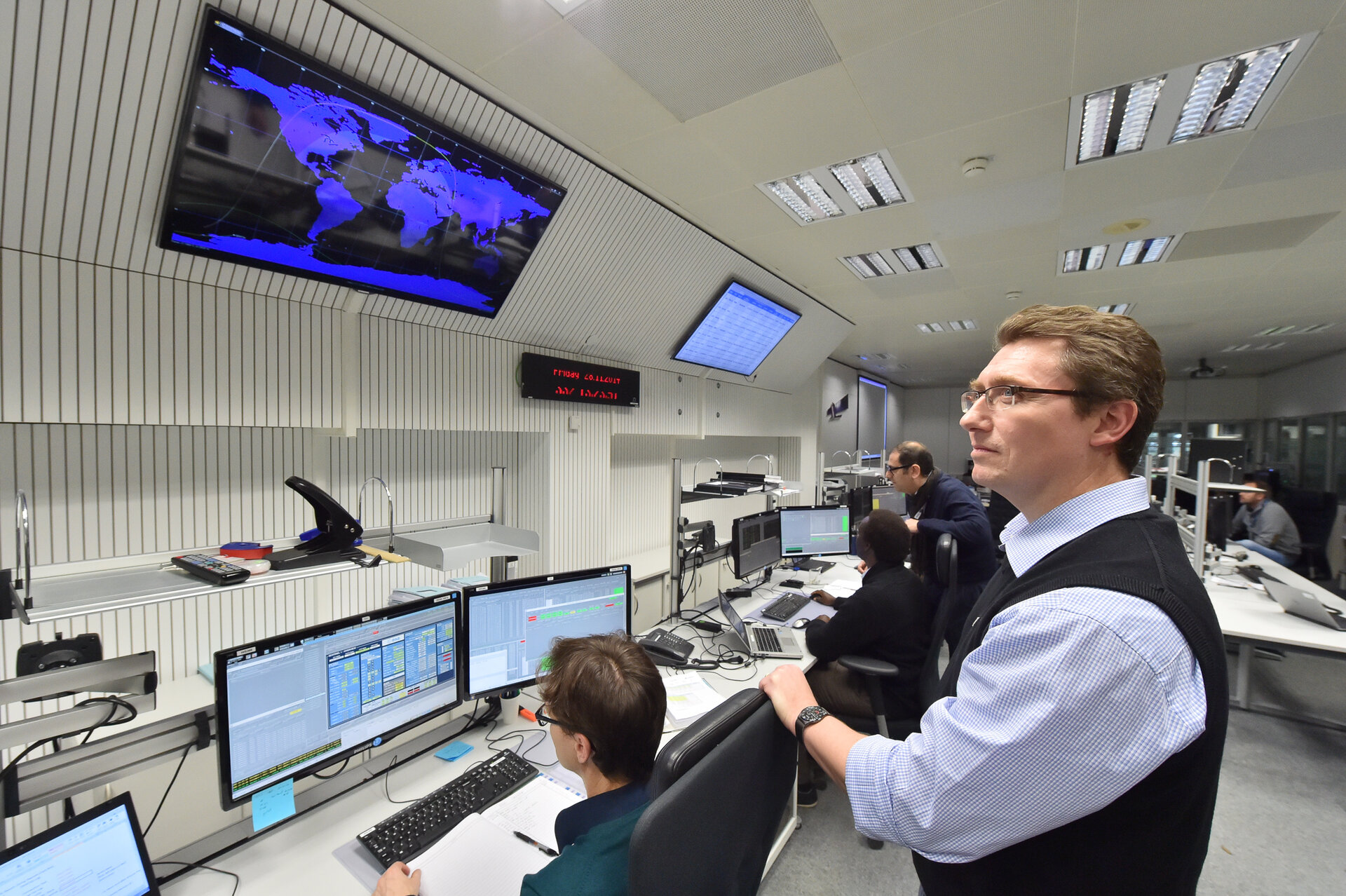 Fibre optics in the sky

The laser terminal carried by Alphasat is a precursor to the European Data Relay System (EDRS); an independent, European satellite system designed to reduce time delays in the transmission of large quantities of data. Laser terminals can achieve much higher data rates compared to conventional technologies.

During the link up, Sentinel-1A delivered a high-resolution image (showing the semi-arid region between Uzbekistan and Turkmenistan) acquired just a short time before.

In the weeks before the live demonstration, the Sentinel-1A operations teams at ESOC and teams at Inmarsat, Tesat and DLR worked intensively to prepare for this first-ever such laser link. At a later stage, the satellites will link up automatically, providing the high data rate service in real time.

The data were transmitted at an impressive speed: 1.8 Gbit/s – similar to the speed of a home fibre-optic Internet connection. The laser terminal is designed to scale up to 7.2 Gbit/s in the future.

As Europe’s new space data highway, EDRS will relay large volumes of data very quickly so that information from Earth-observing missions can be even more readily available.

Having timely access to imagery from the Sentinel-1 mission, for example, is essential for numerous applications such as maritime safety and helping to respond to natural disasters.