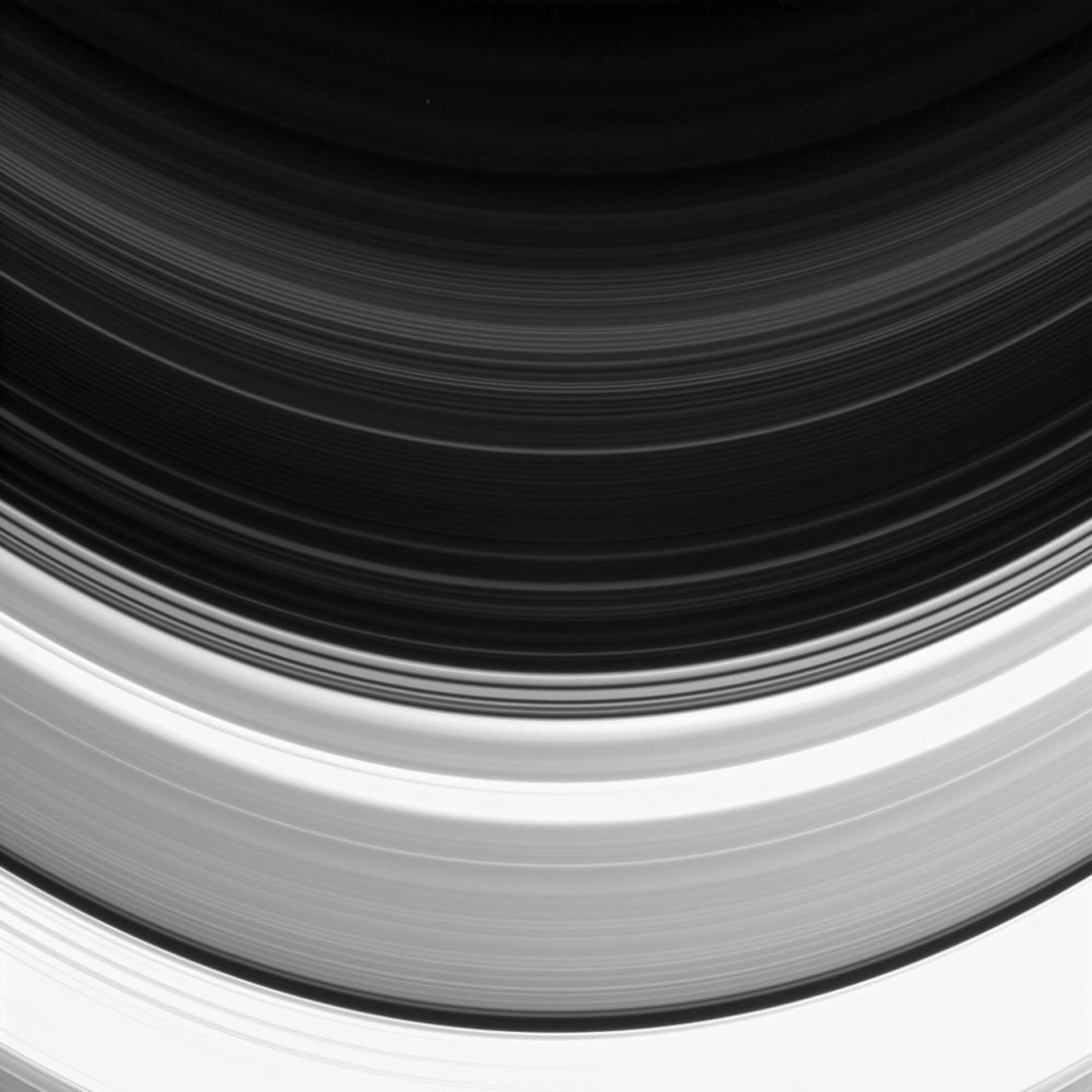 Not all of Saturn's rings are created equal: here the C and D rings appear side-by-side, but the C ring, which occupies the bottom half of this image, clearly outshines its neighbour. The D ring appears fainter than the C ring because it is comprised of less material.

This view looks toward the unilluminated side of the rings from about 12 degrees below the ringplane. The image was taken in visible light with the Cassini spacecraft narrow-angle camera on 11 February 2015.

The view was acquired at a distance of approximately 599 000 km from Saturn and at a Sun-Saturn-spacecraft, or phase, angle of 133 degrees. Image scale is 3.6 km per pixel.

The Cassini mission is a cooperative project of NASA, the European Space Agency and the Italian Space Agency. The Jet Propulsion Laboratory, a division of the California Institute of Technology in Pasadena, manages the mission for NASA's Science Mission Directorate, Washington, D.C. The Cassini orbiter and its two onboard cameras were designed, developed and assembled at JPL. The imaging operations center is based at the Space Science Institute in Boulder, Colo.