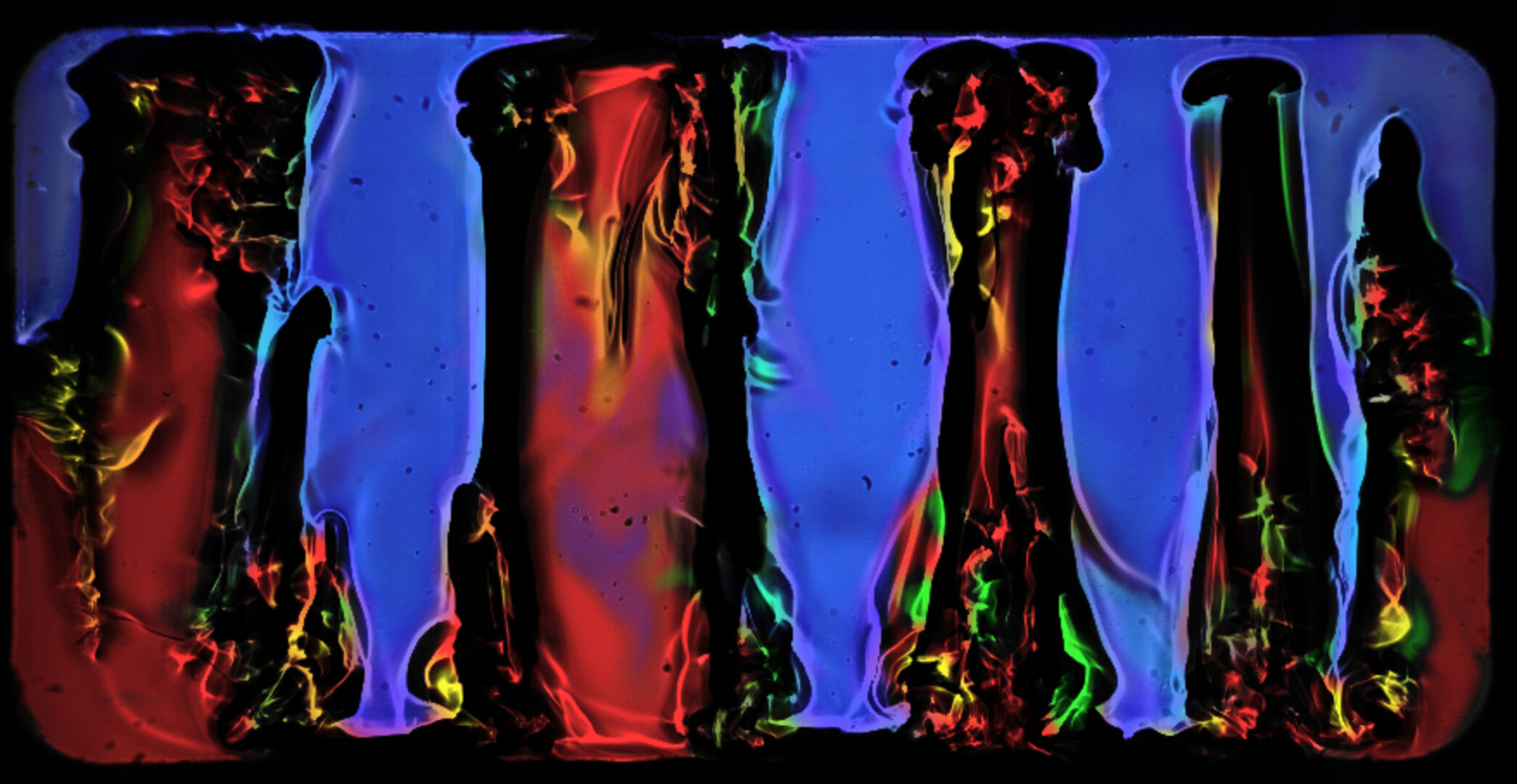 In space everything is different. In a world with no up or down, hot air does not rise and liquids behave differently, too.  In your kitchen, salad dressings will separate into the heavier vinegar on the bottom and the lighter oil on top. This separation does not occur without weight and liquids stay in suspension indefinitely.

For engineers and mission planners, finding ways to separate liquids is important for recycling waste, and also for researchers who need to mix liquids in their experiments.

Valentina Shevtsova and her team from the Microgravity Research Centre at the Free University of Brussels, Belgium, are investigating how liquids of different densities behave in weightlessness. They have found surprising results.

This image shows two solutions of water and alcohol of different concentrations.

These liquids mix well but initially on Earth the lighter mixture stays on top with a distinct horizontal boundary. Given time they will mix to a homogeneous liquid.

Slowly vibrating the mixture on the ground will create triangular waves at the layer between the two liquids. Apply the same vibration in space and the liquids organise into the columns seen here.

Interestingly for engineers, the longer the vibrations lasted, the more distinct and separated the two mixtures became. This new finding has never been seen before and shows promise to help separate liquids in space for recuperating clean water, for example.

These experiments were conducted on ESA’s parabolic flight campaigns that allow for brief periods of weightlessness in a modified passenger jet.