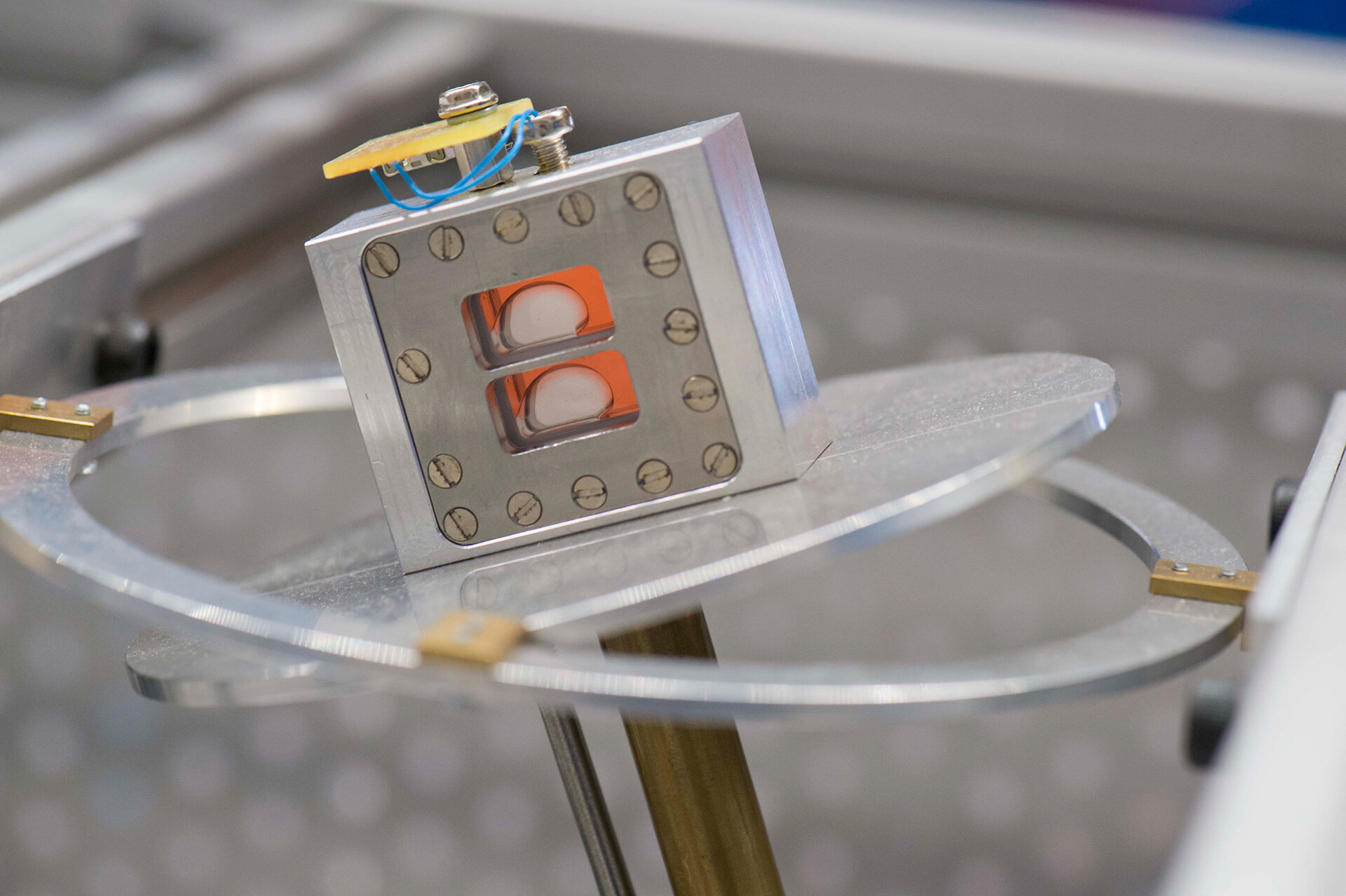 Researchers from the Free University of Brussels recently discovered a natural phenomenon when mixing liquids of different viscosity in microgravity on ESA’s parabolic flight campaigns. They now want to do more in-depth experiments but must keep their liquids separate during bumpy rocket launches and then mix them as needed.

This picture shows a prototype container. The articulated base keeps the contents as stable as possible during launch while a motor vibrates the container at specific frequencies for the experiment.

Parabolic flights offer researchers hands-on access to microgravity in refitted aircraft as they fly up and down at 45º with passengers and experiments experiencing around 20 seconds of weightlessness. Before and after the weightless period, increased gravity up to 2 g is part of the ride.

See a video of the device in action during a parabolic flight here. The liquids are a red silicone oil and a standard agent for cooling electronics.

The device results from a collaboration between the scientists and students of two schools to involve youngsters in science, technology, engineering and maths. The Brussels Engineering School ECAM worked on the design while mathematics students from the Saint-Michel college programmed the microcontroller under supervision from their teachers and the researchers from the Free University of Brussels.