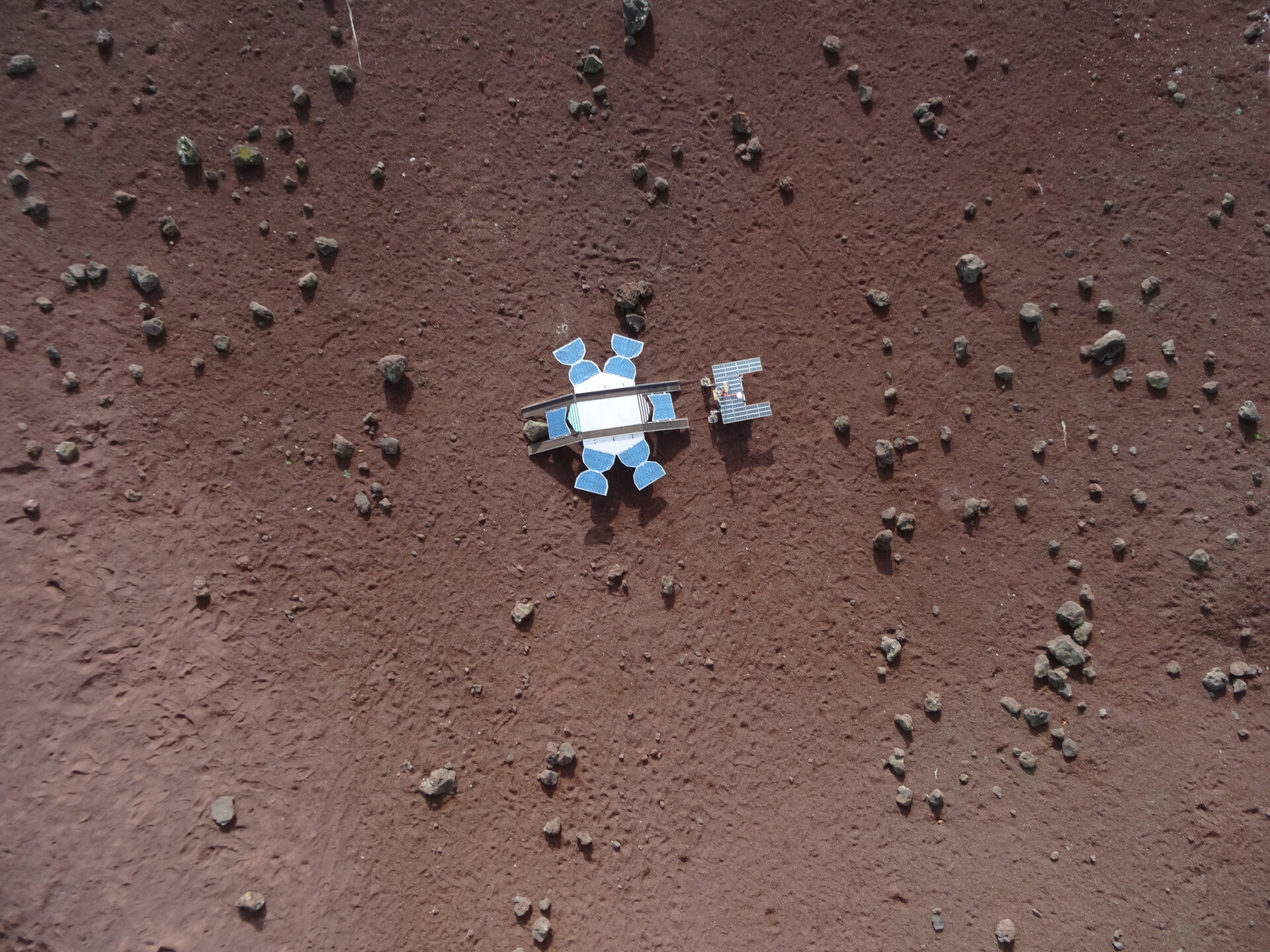 Aerial image of a rover egress test performed in the outdoor Mars Yard at the Toulouse site of France’s CNES space agency.

Getting a robotic rover off its lander will be the next most nerve-wracking moment for Europe’s 2018 ExoMars mission after landing.

On 28 and 29 October a simulation took place between France and the Netherlands to let ESA’s Planetary Robotics Laboratory test such an ‘egress’ scenario.

A half-scale model resembling the ExoMars lander and a rover prototype sat in the Mars Yard in Toulouse, while its operators worked a thousand kilometres away from ESA’s ESTEC technical centre in Noordwijk, the Netherlands.

The ESTEC team – from ESA, Thales Alenia Space and Altec – received only limited information to guide them: still images and telemetry from the rover and lander.

The operators had to decide in which direction to drive – forwards or backwards. The lander has two sets of tracks for the rover to descend in case one side is blocked by the Mars-like terrain.

Five separate egress simulations were performed over the course of two days, the final score: 4 successes and 1 failure.