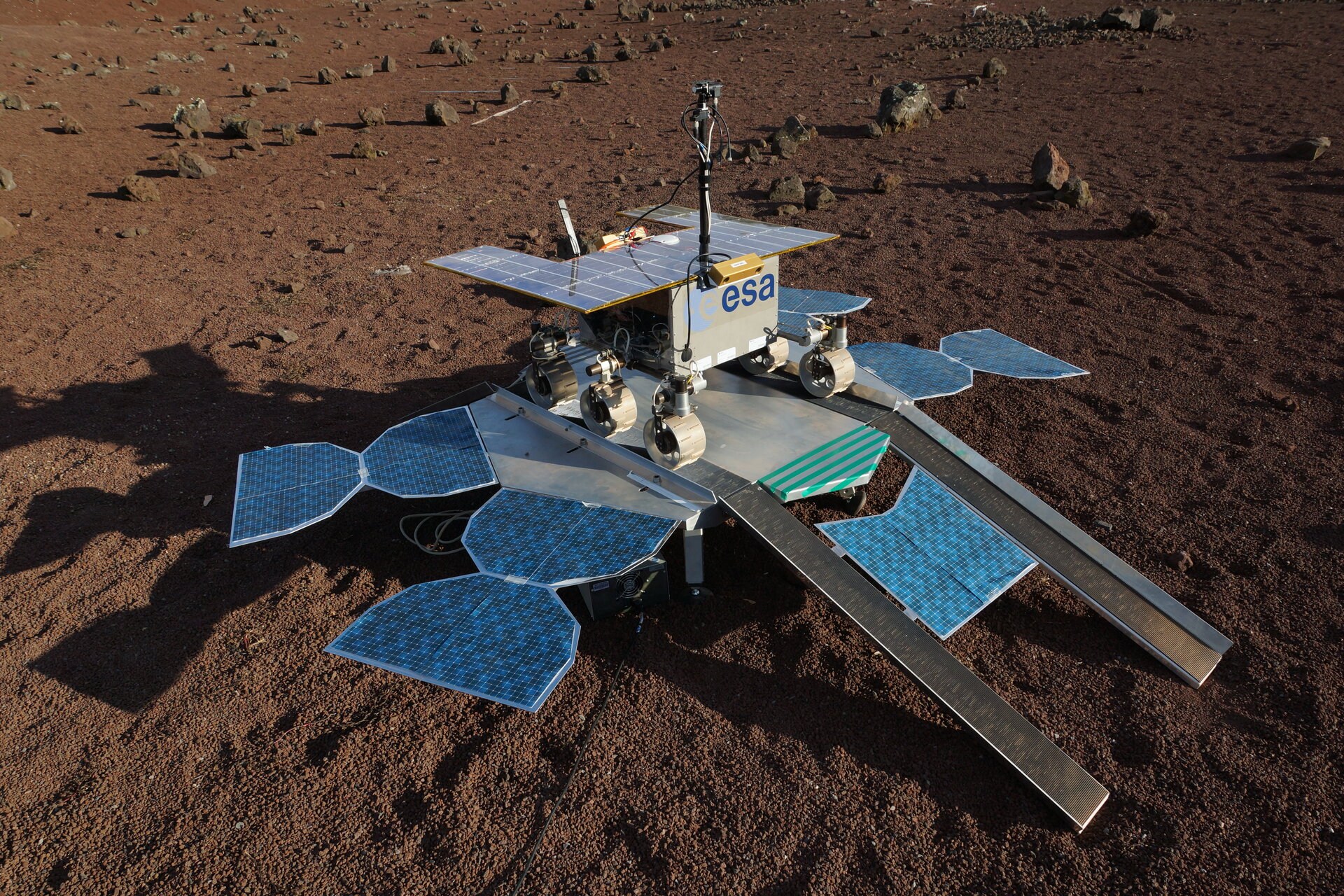 Every journey begins with a single step – or in this case a downward trundle.

The ‘egress’ of Europe’s ExoMars 2018 rover off its lander will be the second most stressful moment of the mission after Mars landing.

So to build up experience in the problem, a half-scale rover on a mock-up lander was placed in the outdoor 80 x 50 m ‘Mars Yard’ of France’s CNES space agency for a two-day test on 28–29 October.

It was controlled remotely by a team at ESA’s ESTEC technical centre, a thousand kilometres away in the Netherlands. Watch a timelapse video of the campaign here.

They were given no idea where in the sprawling Mars Yard the rover was located for each test scenario. The only information they had came from cameras and sensors in the rover and lander.

Adding to the difficulty, realtime remote control of the rover was out – the sheer distance to Mars will make it impractical in reality. Instead, they could receive telemetry at regular intervals then send back a to-do list of commands.

For the purposes of testing, these communication passes came once every hour – in reality they would occur once or twice a day.

The team on the ESTEC side came from ESA’s Automation and Robotics section and ExoMars project as well as from industrial partners Trasys Space Belgium, Thales Alenia Space Italy and Altec Italy. The testing was also tracked from ESA’s ESOC control centre in Darmstadt, Germany.

For each egress they worked to build up a detailed virtual model of the rover’s surroundings, as well as stitching together a panorama from the various camera views.

The lander has two sets of ramps down to the surface, so the team had to decide which way down was safer.

A total of five egress tests were performed: four ended in success and one in failure – the rover descended down at too steep an angle and began to topple off. In real life the mission would have ended there, but in this case it was safely caught by helping hands.

The incident demonstrated the importance of simulations, which also allowed the testing of various software tools developed over years of research.

The testing was organised by ESA’s Planetary Robotics Laboratory in cooperation with CNES and ESOC. The results are valuable for designing the actual ExoMars mission.