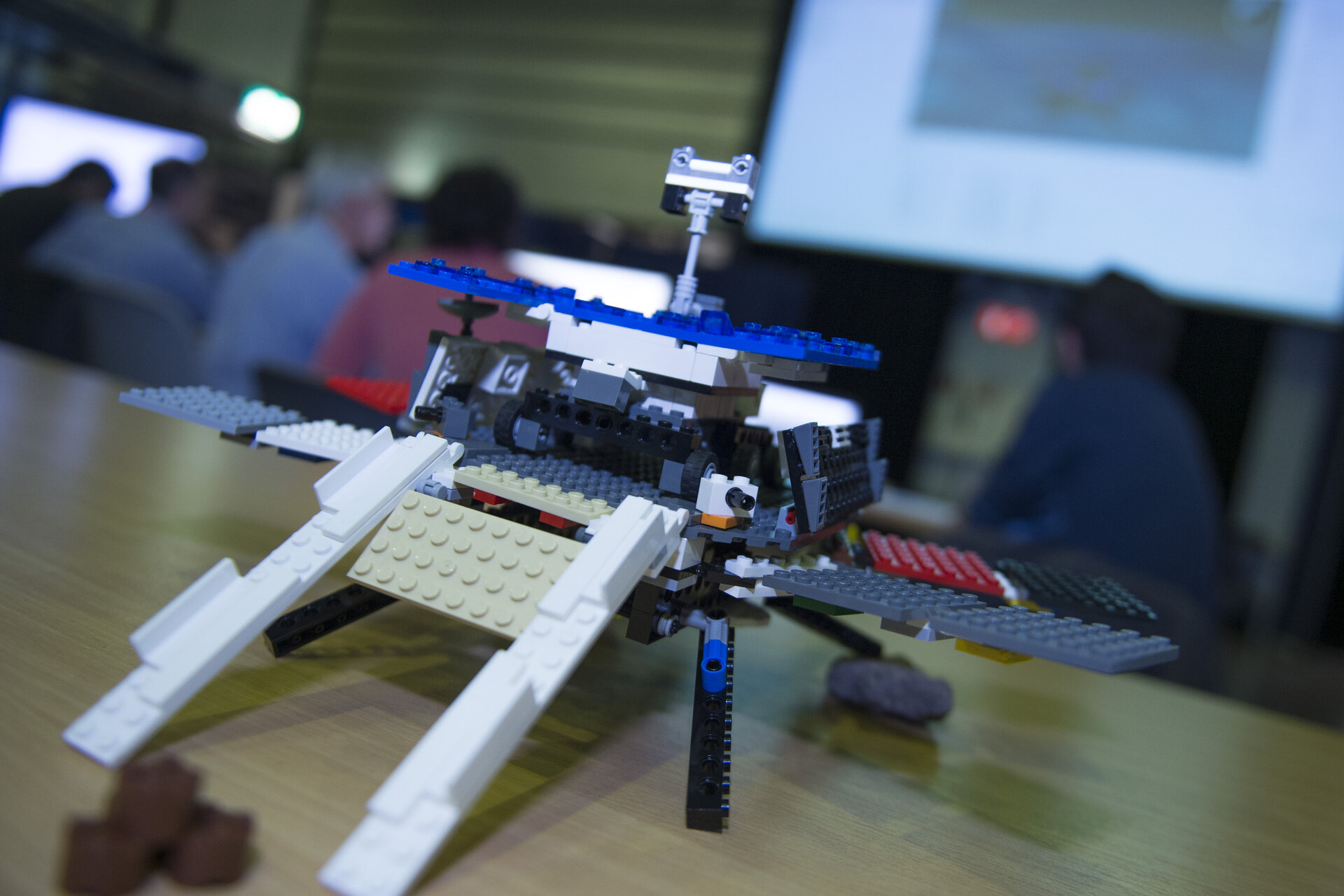 This Lego model of Europe’s ExoMars rover on its lander was not built solely for fun – but is actually a tool, being used by robotics engineers in the midst of a major ‘egress’ test campaign.

Making a safe landing on Mars will be key to the success of Europe’s mobile Mars mission. Then comes the next most important step: to successfully drive the wheeled rover from the top of its lander, otherwise known as egress.

The biggest decision of all will be which direction to drive – forwards or backwards – based on the limited data that operators have to hand. The lander will have two sets of tracks for the rover to descend in case one side is blocked, for instance by rocks (one also reproduced here in Lego).

To build up experience of egress and remote rover operations, ESA’s Automation and Robotics section together with ESOC’s Advance Mission Concepts section are conducting a long-distance test campaign in collaboration with the French space agency CNES. The ExoMars project team is monitoring the ongoing activities.

A half-scale rover on a mock-up lander has been placed in the outdoor 80 x 50 m ‘Mars Yard’ at CNES Toulouse. An operations team based a thousand kilometres away at ESA’s ESTEC technical centre in the Netherlands has first to egress the rover, then move it further across the simulated Marscape to explore and accomplish various tasks.

Across a series of tests that continue throughout this week, the ESTEC team has no knowledge of the lander’s precise placing but must work with the limited camera views and sensor data the rover and lander sends back to them, with results received and telecommands sent during a limited set of communication passes.

This campaign follows on from a previous egress campaign that took place last autumn.