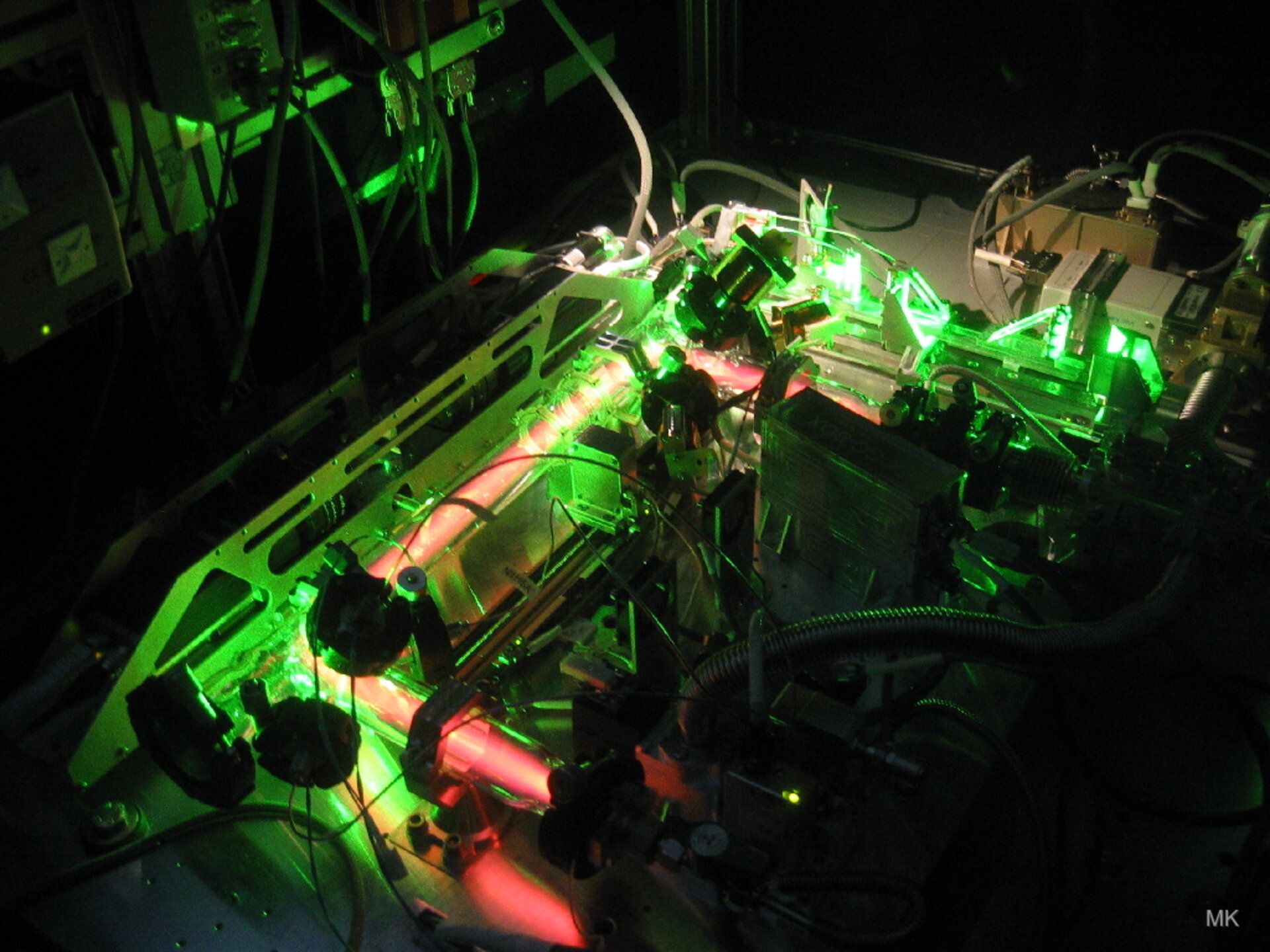 We know our world is made of atoms and molecules, but even with the most powerful microscope we cannot see them moving, meaning our understanding of how molecules interact is based on experimentation and assumptions. The ESA–Roscosmos Plasma Kristall-4 experiment is recreating atomic interactions on a larger scale.

A plasma is an electrically charged (‘ionised’) gas. It is considered to be the fourth state of matter, distinct from gas, liquid and solid matter.

The image shows the parabolic flight setup of PK-4 used as a test model for the International Space Station. The plasma (orange glow) is created in a U-shaped glass tube with an electric field. The microparticles trapped in the chamber are illuminated by a green laser light allowing the observation of the motion of the particles.

Plasma Kristall-4 will inject microscopic dust particles into a neon and argon tube to act as atom substitutes. As they float in the charged gas, they will collect negative charges as positive ions accumulate around them. As a result, they will start to repulse each other – just like atoms do in a fluid state.

Doing this research on Earth is not possible – the dust particles would fall with gravity and the simulated atoms would not behave realistically.

This experiment is making the atomic scale visible for analysis and will help scientists to understand the interactions of atoms.