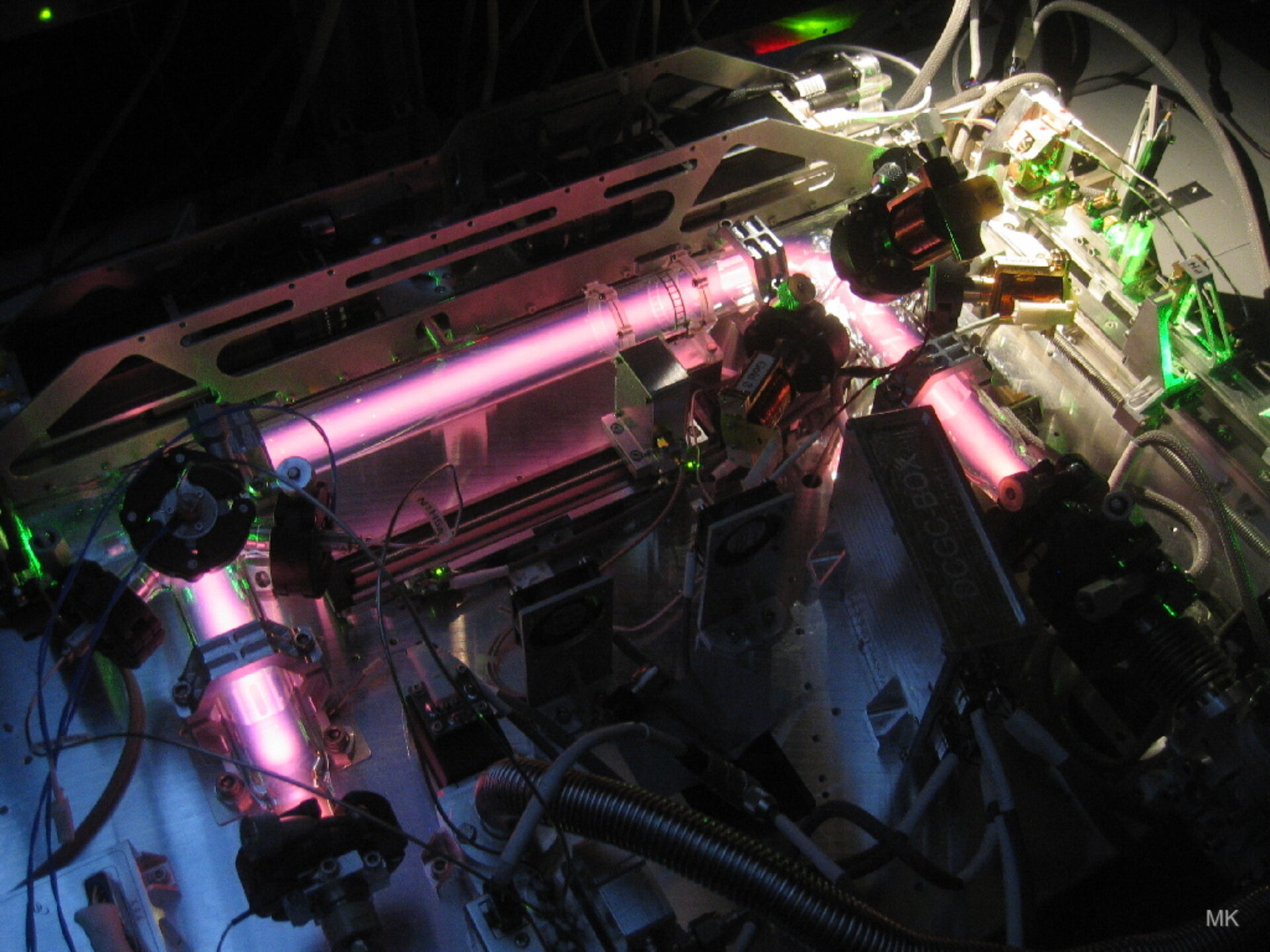 How atoms interact and behave is common high-school knowledge, but what we know is based on assumptions or snapshots. Electron microscopes have taken images of atoms so we know how they settle, but we have never recorded atoms moving.

The ESA–Roscosmos Plasma Kristall-4 (PK-4) experiment is recreating atomic interactions in a fluid on a larger scale on the International Space Station. The proxy atoms in PK-4 are microparticles, which are suspended and charged in plasma (an ionised gas with electrons and ions). The microparticles interact with each other via the high electrical charges, forming a strongly coupled liquid or solid – a classical model system for condensed matter.

This image shows the typical purple glow of an argon plasma in the PK-4 hardware on Earth. Microparticles are introduced into the plasma to observe how they behave.

On Earth the particles are influenced by gravity but in space the particles will behave similarly to charged atoms in a fluid or crystal structure allowing researchers to understand better the hidden interactions of our world.

PK-4 is installed in the European Physiology Module on the European space laboratory Columbus and runs for up to four days, four times a year.