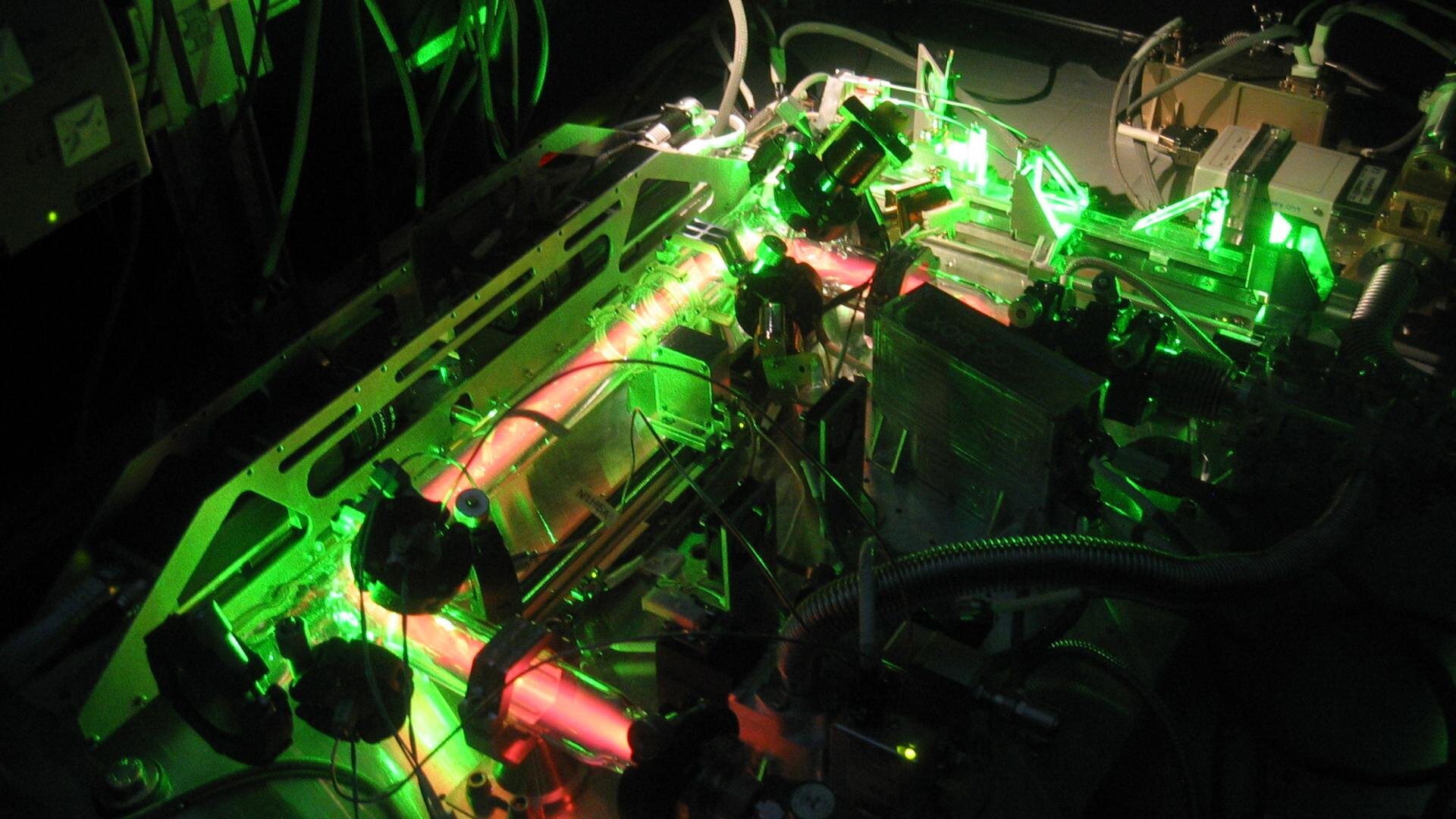 This box of holiday cheer is actually tubes of plasma containing suspended microparticles exposed to an electrical current to form 3D crystal structures.

Called Plasma Kristall-4, this ESA–Roscosmos experiment has been helping to visualise atoms on the International Space Station to provide insights on basic physical processes.

A plasma is an electrically charged gas, somewhat like lightning, that rarely occurs on Earth. It is considered to be the fourth state of matter, distinct from gas, liquids and solids.

Plasma for the PK-4 experiment is created with neon or argon gas in tubes that make particles electrically charged. Scientists excite the particles with electrical fields, a laser and changes in temperature to get them to move them in the plasma.

These manipulations cause the proxy atoms to interact strongly, leading to organised structures – plasma crystals. The plastic particles in PK-4 bond or repulse each other just as atoms do on Earth in fluid state.

By adjusting the voltage across the experiment chamber scientists can tailor their interactions, and observe each particle as if in slow motion. Using PK-4, researchers across the world can follow how an object melts, how waves spread in fluids and how currents change at the atomic level.

The experiment is installed in the European Physiology Module on the European space laboratory Columbus and was last run in November with assistance from cosmonaut Alexander Skvorstov.

The science team recently met in Oberpfaffenhofen, Germany, to review the insights gleaned from five years of research on the Space Station.