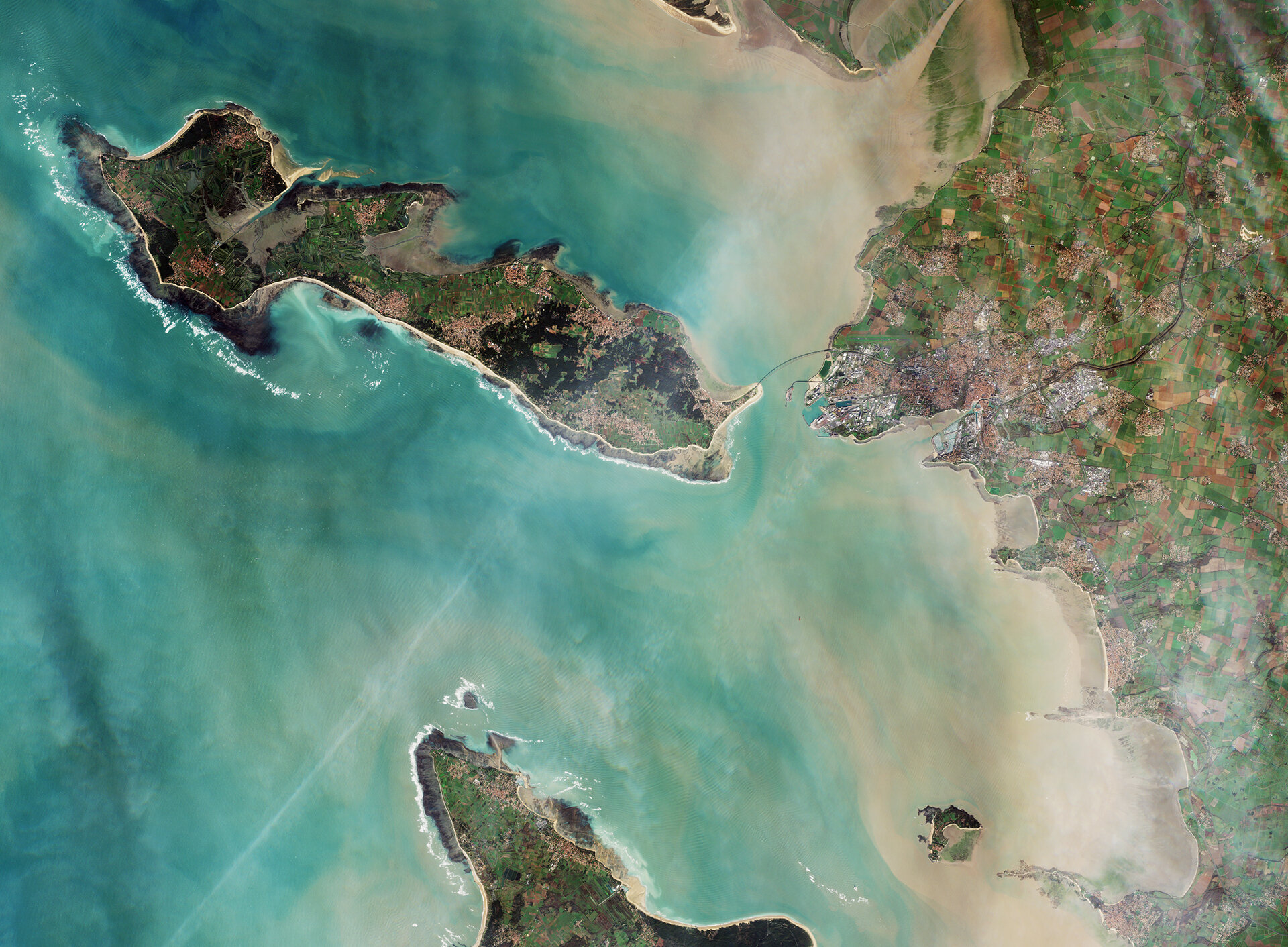 Capital of the Charente-Maritime department in western France, La Rochelle and surroundings are featured in this Sentinel-2A image, captured on 26 December 2015.

Home to some 80 000 people, La Rochelle is a city and a seaport on the Bay of Biscay, a part of the Atlantic Ocean, connected to the Île de Ré by a 2.9 km-long bridge, clearly visible in the centre of the image.

La Rochelle and surrounding areas sit on layers of limestone dating back some 160 million years, when a large part of France was under water. These various layers containing many small marine fossils are traditionally used as the main construction material throughout the region.

The coastal area is dominated by sandy beaches, which are visible as white lines somewhat inland. Between the beach and the water-line, darker sand and silt layers are visible, which are exposed in this image taken during low tide.

The 4–5 m tidal range creates a heaven for wild mussels and oysters, making it one of the major places for shell farming in Europe.

Thanks to the high-resolution multispectral instrument on Sentinel-2A, we can clearly make out the various agricultural fields around the city and surrounding towns, as well as on the Île de Ré Island.

Part of the Natural Reserve of the Bay of Aiguillon is visible at top right. It is one of the most important reserves in France, hosting hundreds of thousands of migratory water birds every year.

It is a place of synergy between land and sea, between saltwater and freshwater, and between nature and humankind.