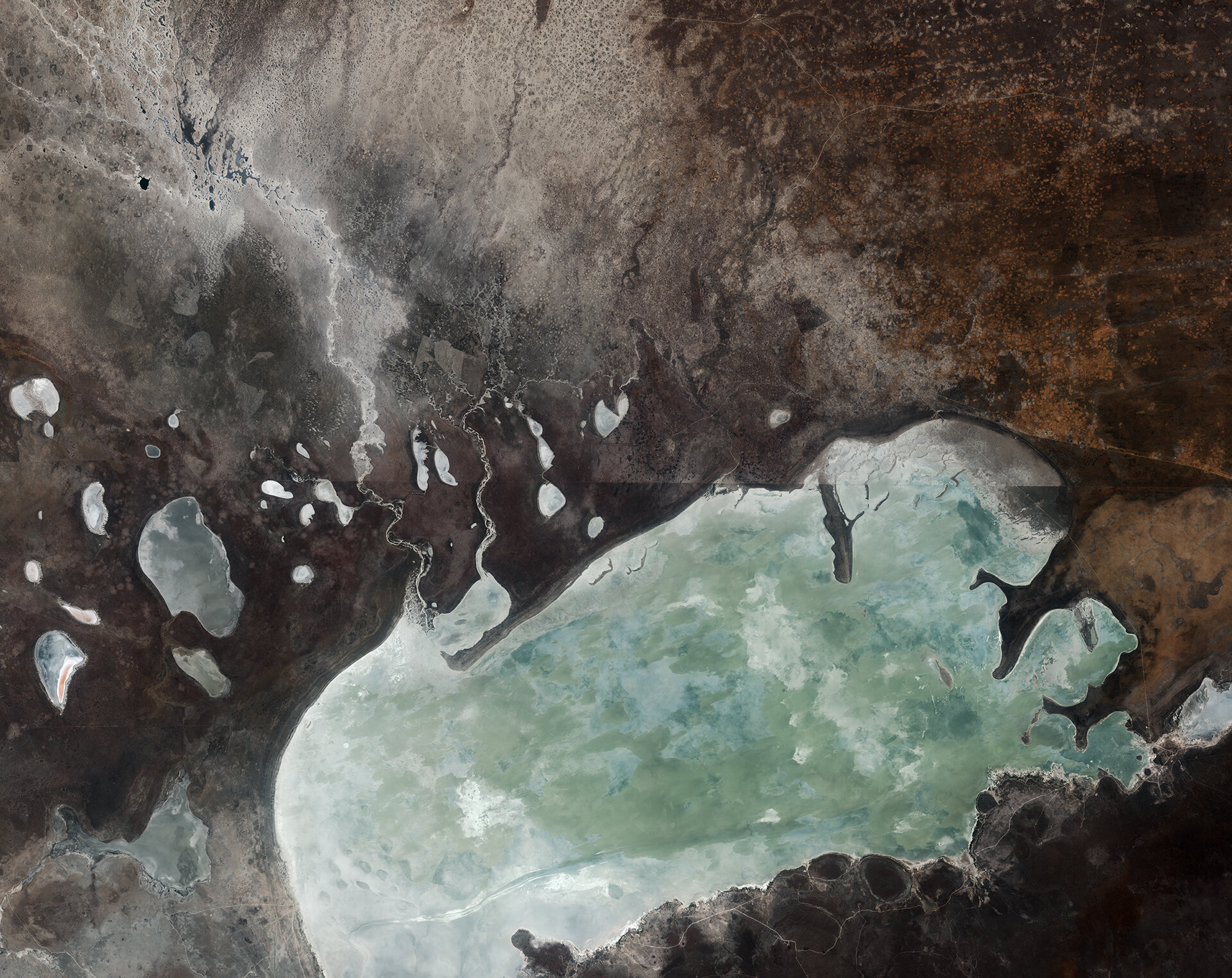 The Sentinel-2A satellite takes us over northern Namibia in this image from 18 September 2015.

The most prominent feature is the Etosha salt pan. It is believed that a lake was first formed tens of millions of years ago. More recently – mere thousands of years ago – the Kunene River would have flowed through this area, filling the large lake before tectonic movement changed the river course. The lake then dried up, leaving behind some 4800 sq km of exposed minerals.

Today only the Ekuma River, seen flowing down from the upper left, feeds water into the pan – but very little water actually flows in as it seeps into the riverbed.

Part of the wider Etosha National Park, the pan is a designated Ramsar wetland of international importance. It is the only known mass breeding ground for flamingos in Namibia, seeing as many as one million flamingos at a time during the wet season when rain water forms pools in parts of the pan.

Built-up mounds of clay and salt throughout the pan also draw animals who use them as salt licks. Animals including lions, elephants, leopards and even black rhinoceroses can be seen in the park.

The name ‘Etosha’ means ‘great white place’ in the language of the local Ovambo tribe – and looking at the image we understand why.

The straight lines cutting across the image are roads, and the one on the right side clearly delineates the border of the protected park to the south. On the northern side of the road, we can see agricultural structures.