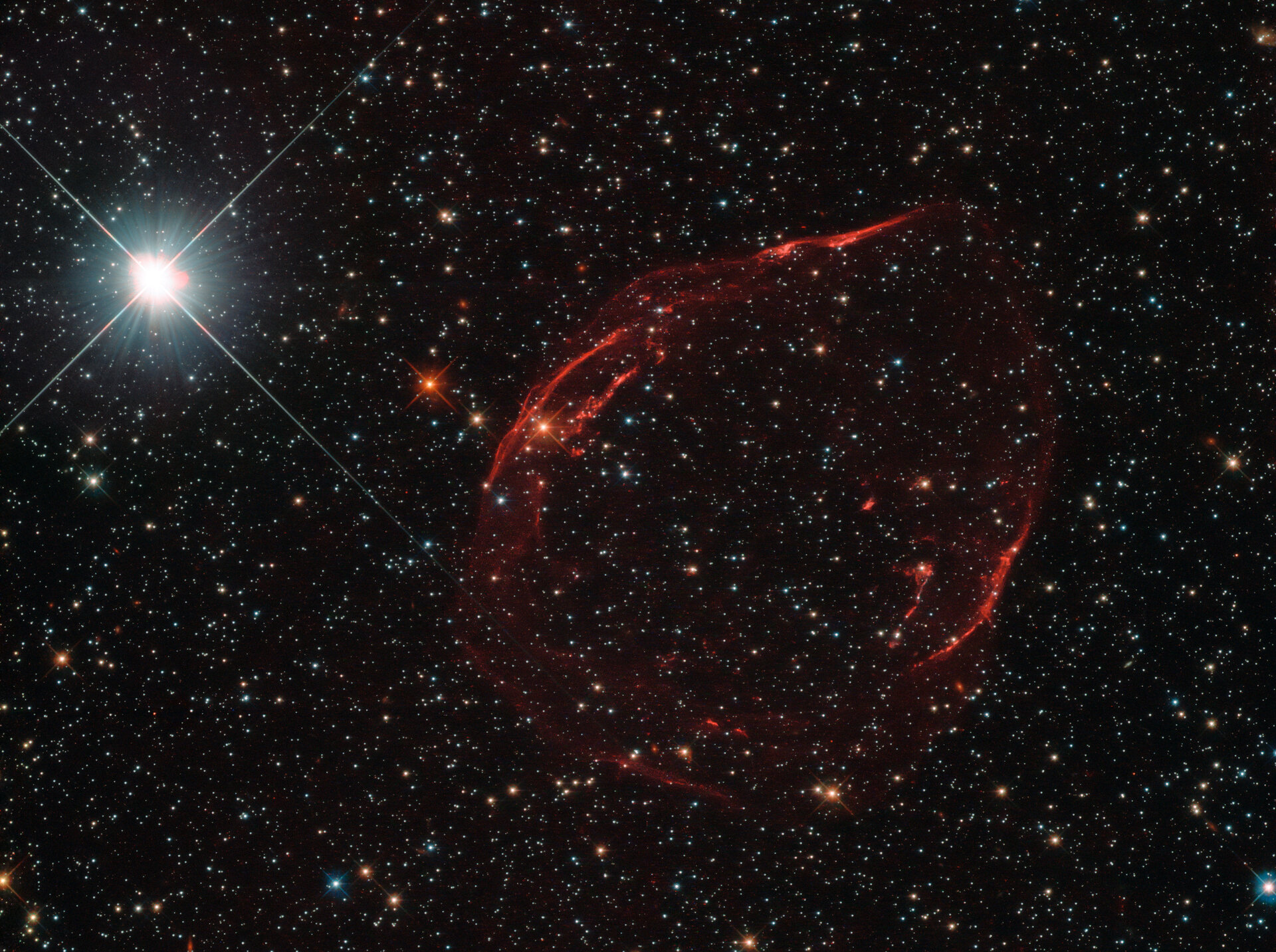 Several thousand years ago, a star some 160 000 light-years away from us exploded, scattering stellar shrapnel across the sky. The aftermath of this energetic detonation is shown here in this striking image from the NASA/ESA Hubble Space Telescope’s Wide Field Camera 3.

The exploding star was a white dwarf located in the Large Magellanic Cloud, one of our nearest neighbouring galaxies. Around 97% of stars within the Milky Way that are between a tenth and eight times the mass of the Sun are expected to end up as white dwarfs. These stars can face a number of different fates, one of which is to explode as supernovae, some of the brightest events ever observed in the Universe. If a white dwarf is part of a binary star system, it can siphon material from a close companion. After gobbling up more than it can handle — and swelling to approximately one and a half times the size of the Sun — the star becomes unstable and ignites as a Type Ia supernova.

This was the case for the supernova remnant pictured here, which is known as DEM L71. It formed when a white dwarf reached the end of its life and ripped itself apart, ejecting a superheated cloud of debris in the process. Slamming into the surrounding interstellar gas, this stellar shrapnel gradually diffused into the separate fiery filaments of material seen scattered across this skyscape.