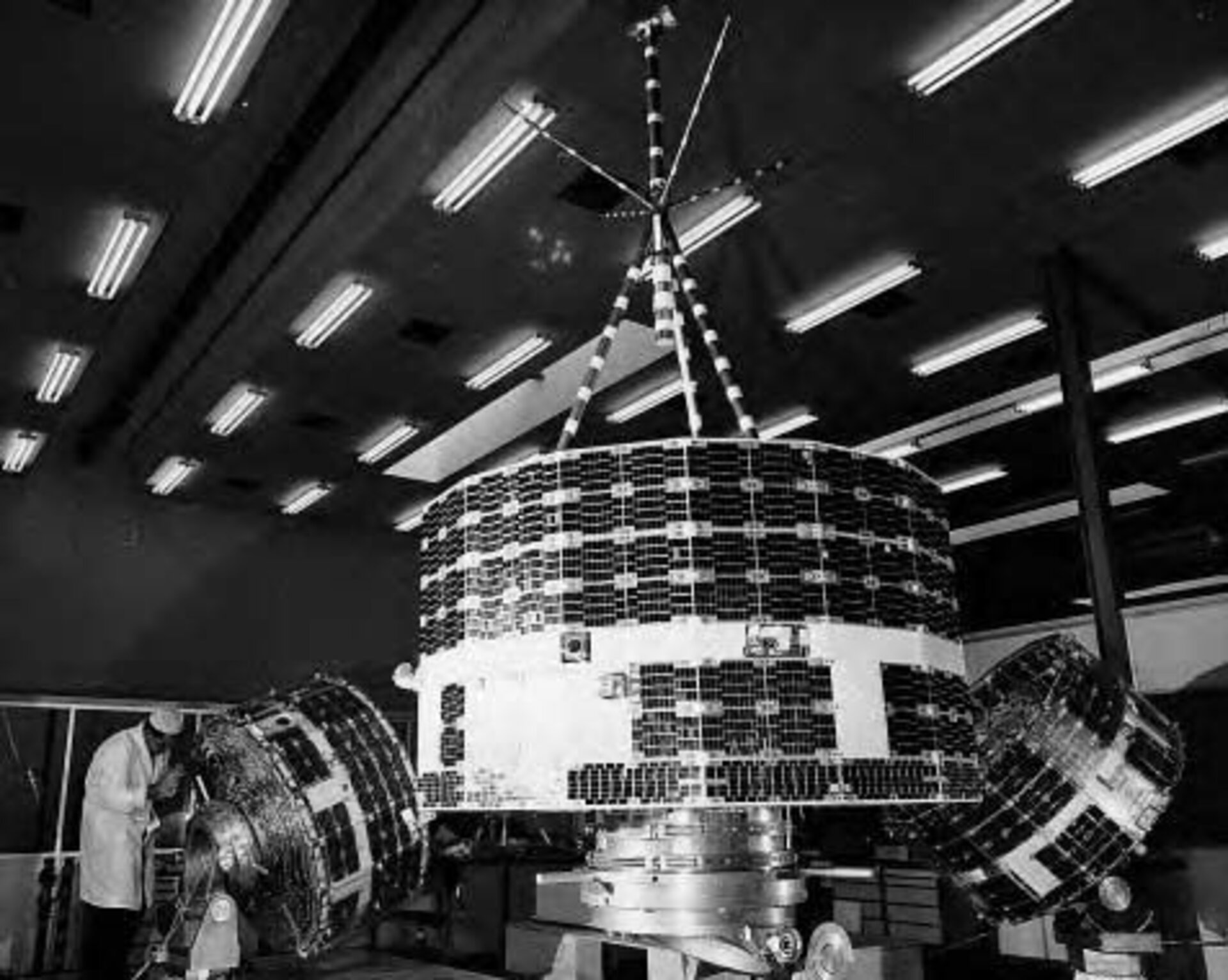 The prototype and two flight models of HEOS-1 seen in the integration hall at ESTEC.

HEOS-1 (Highly Eccentric Orbit Satellite-1) was the first European spacecraft to venture beyond near-Earth space, in order to study the magnetic fields, radiation and the solar wind outside of the Earth’s magnetosphere. This required an orbit stretching two-thirds of the way to the Moon and launch during a period of high solar activity. The scientific experiments also demanded a magnetically clean vehicle, another first for Europe and requiring a new facility at ESTEC for testing the integrated satellite.

HEOS-1 performed admirably for seven years, for the first time providing scientists with continuous observations of interplanetary conditions over most of a solar cycle. Precise calibration of the magnetometer meant that these data have been used ever since as a fundamental reference. Another feature – novel at the time – was the magnetometer’s memory, which allowed measurements with very high time resolution. HEOS-1 also released a canister of barium and copper oxide on 18 March 1969 some 75 000 km out from Earth – igniting it 40 km from HEOS – in order to trace distant magnetic field lines.